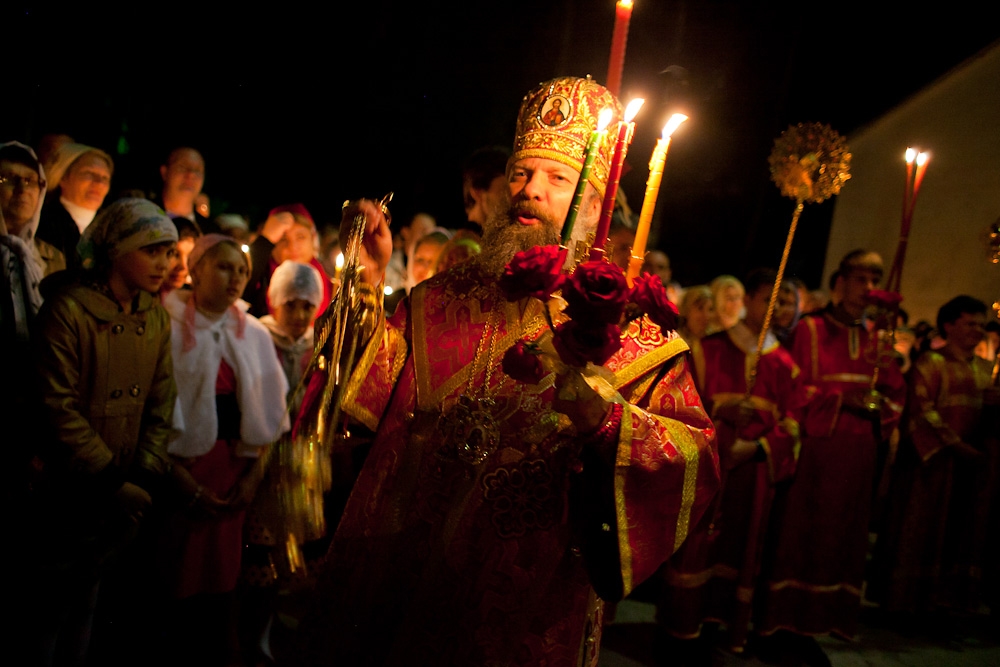 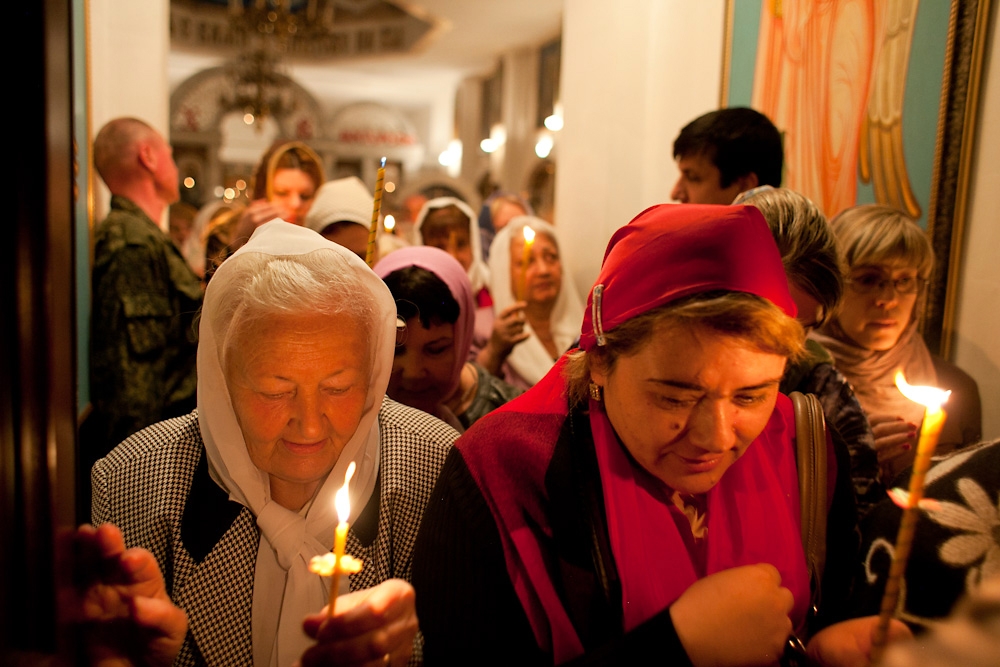 Congregants file outside the church to circle the building. 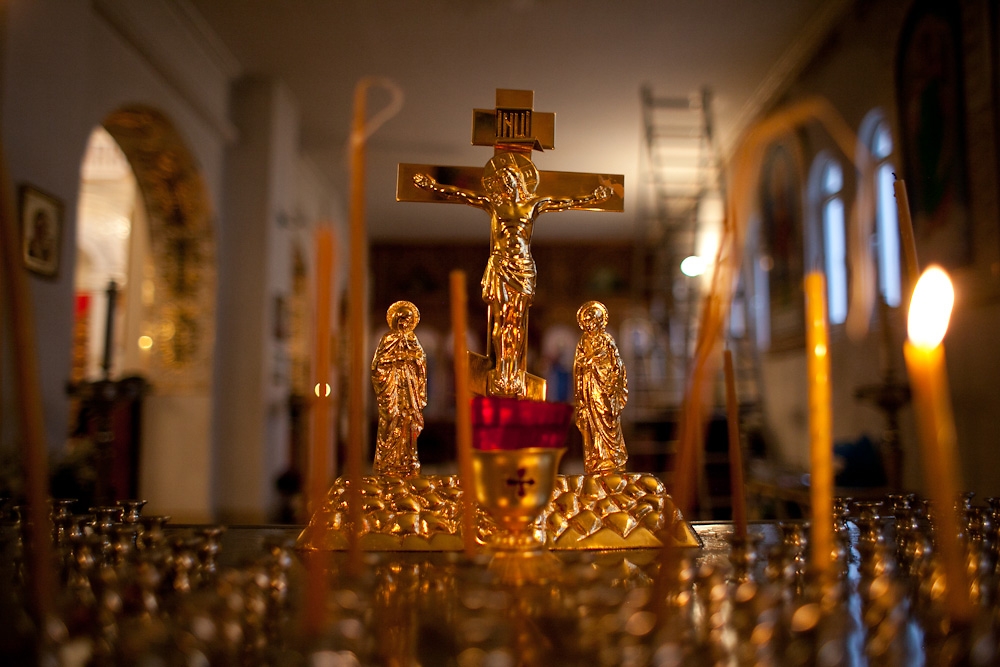 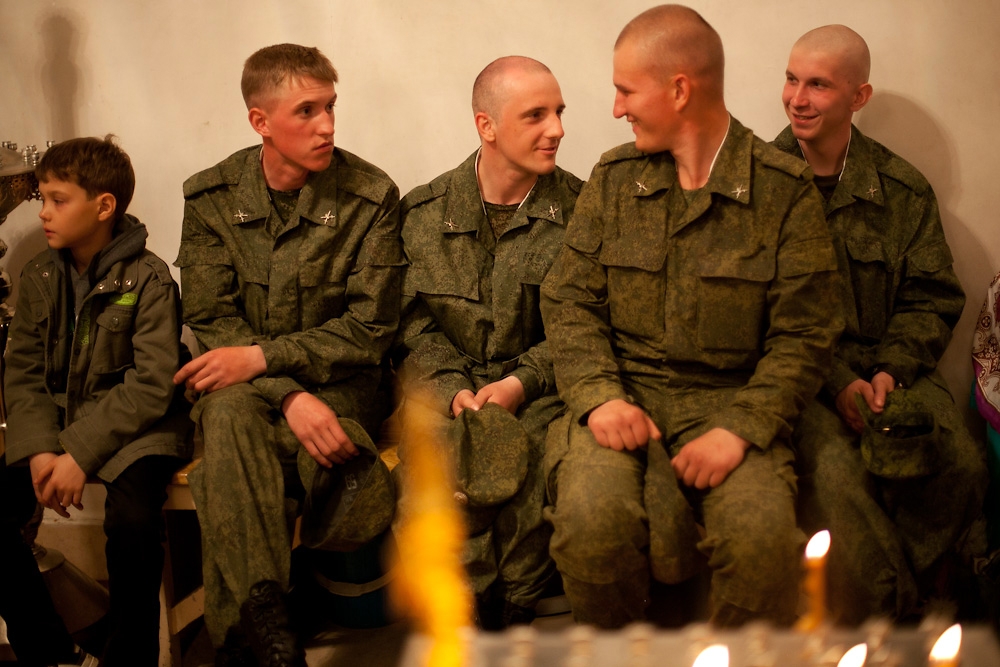 A group of Russian soldiers spent most of the service sitting to the side in the church. 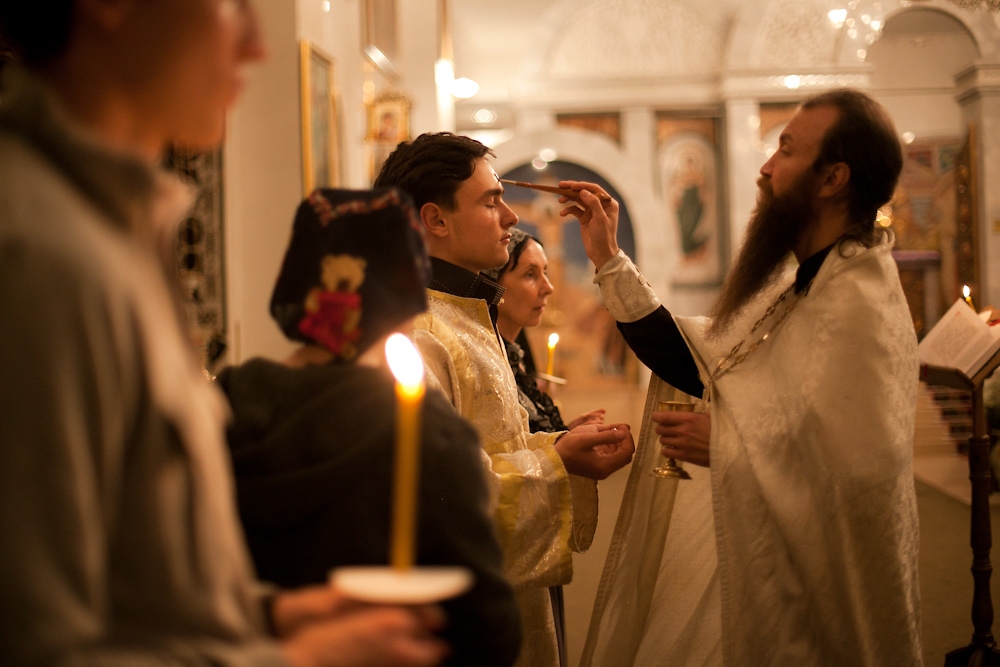 A priest anoints an alter boy with holy oil at a smaller service the Wednesday before Easter. 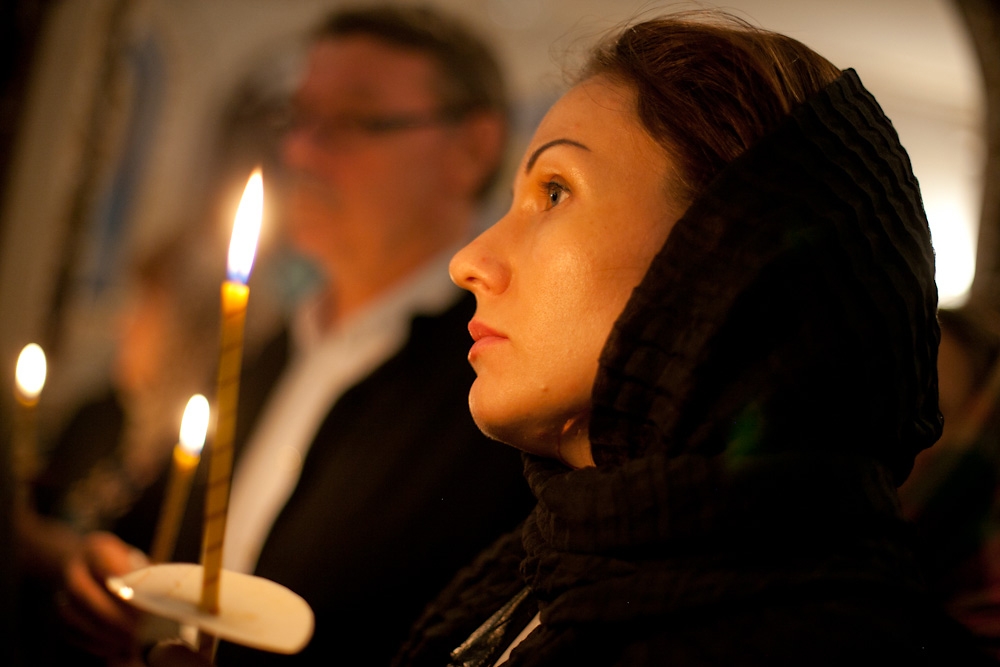 Tajikistan’s Russian community dwindled after independence from the Soviet Union, the exodus encouraged by a civil war. 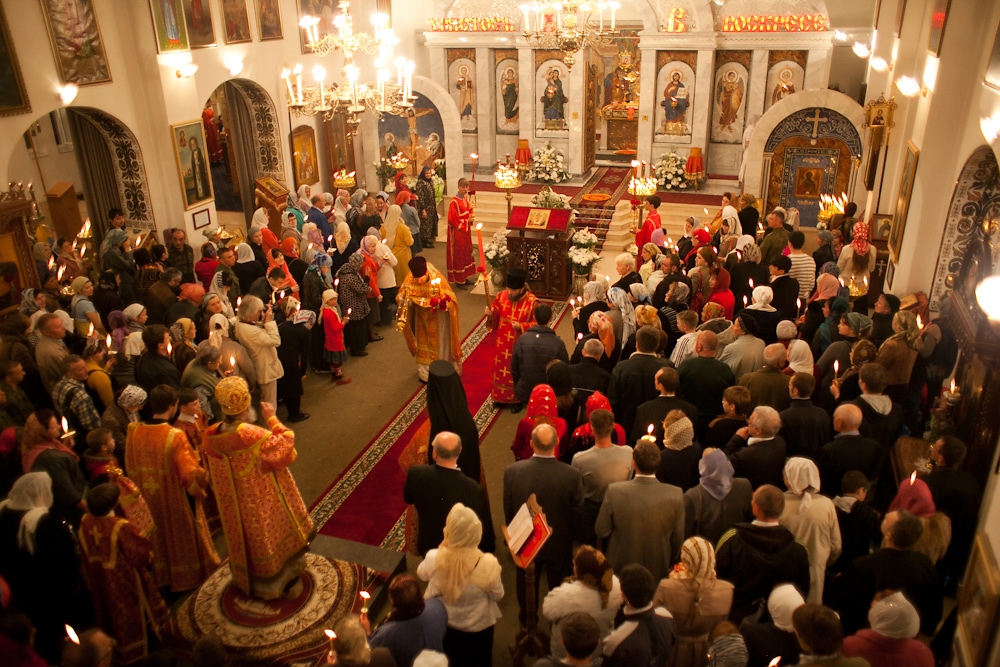 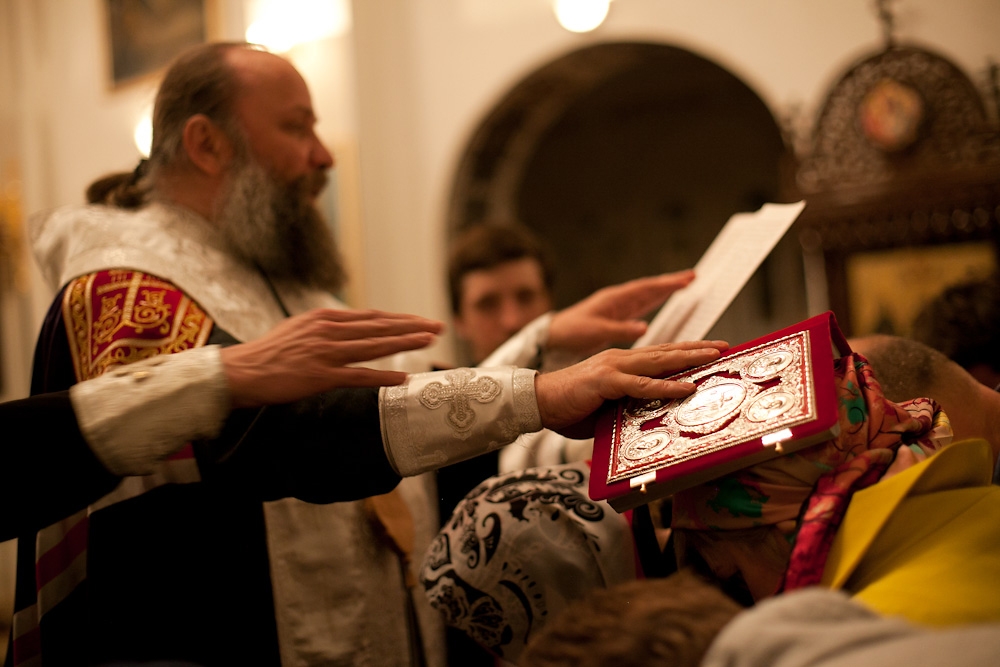 The bishop closes a service on the Wednesday before Easter Sunday. 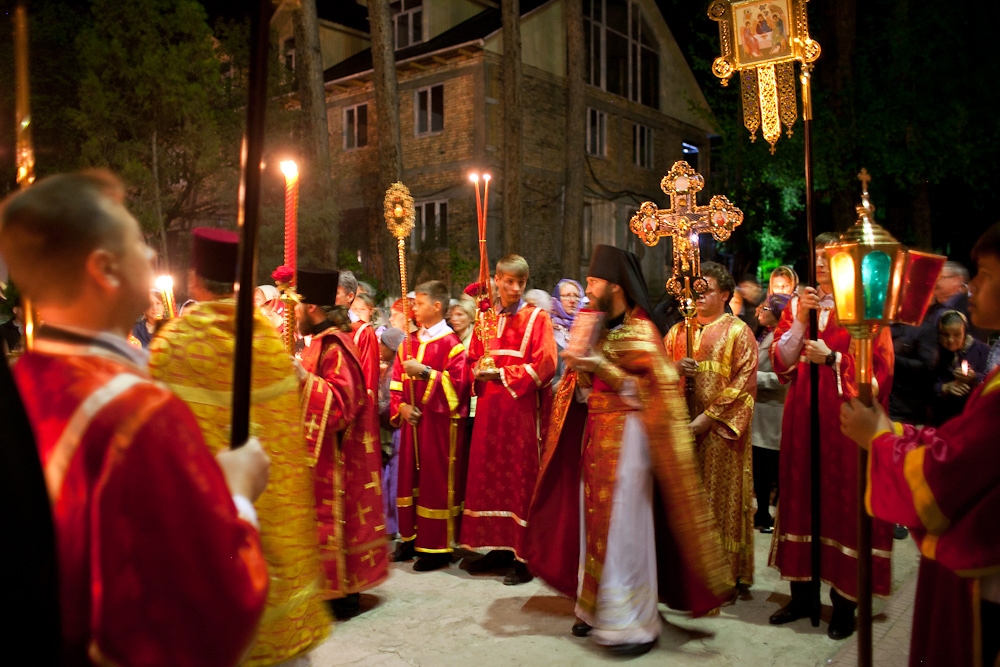 Members of the congregation, each with a candle in hand, circle the church. 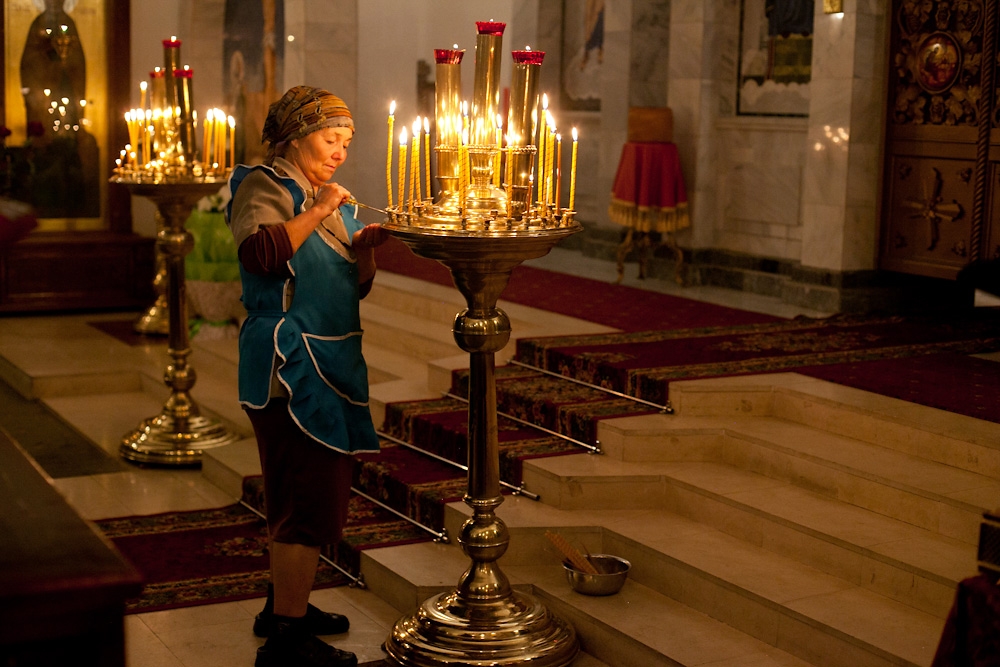 During the ceremony, a woman keeps the candleholders clean. 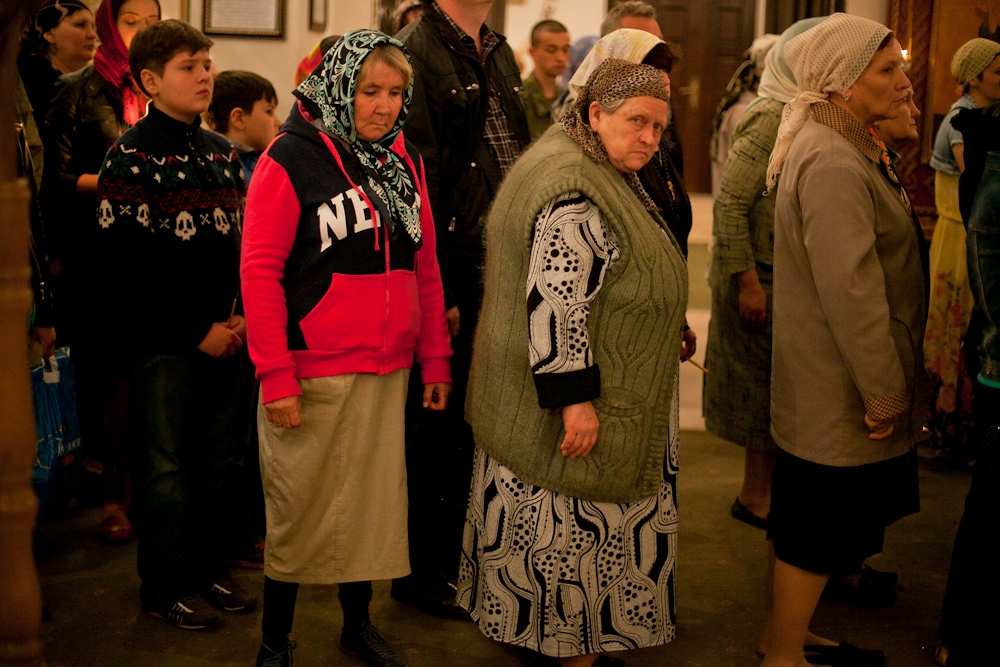 Though much of the congregation is elderly women, Bishop Pitirim says he sees an increasing numbers of younger parishioners. 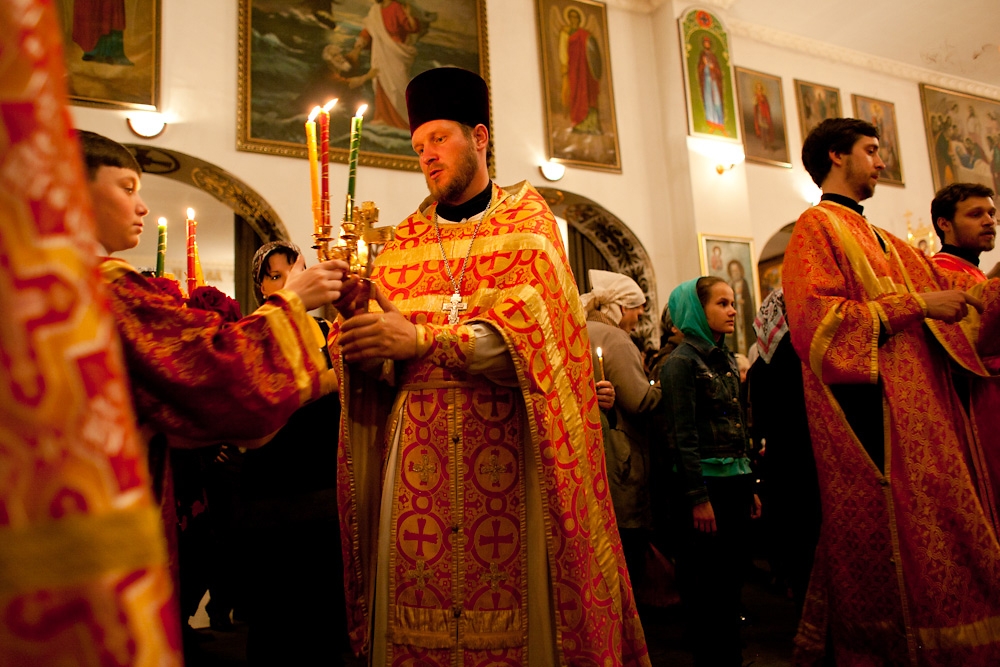 Deacons and alter boys manage the service under the direction of the bishop.
prev
next

Shortly after midnight, Bishop Pitirim of Tajikistan marks the start of Easter by leading several hundred faithful outside, each carrying a burning candle, to circle The Church of St. Nicholas in Dushanbe.

Before beginning the Easter Sunday service, the bishop, swinging a censer of incense, proclaims, “Christ is risen.” The attendees, including about two dozen Russian soldiers stationed in Tajikistan, respond, “Indeed, He is risen.”

Tajikistan’s Russian community dwindled after the country gained independence following the Soviet Union’s 1991 collapse and the ensuing civil war. In the last Soviet census, in 1989, about 8 percent of Tajikistan’s population was ethnically Russian. By 2010, Russians officially comprised one-half of 1 percent. (Of course, it is difficult to account for the large number of children born to ethnically mixed marriages, many of whom speak Russian as a first language). But Bishop Pitirim said he has seen growing attendance at St Nicolas in the two years since the Moscow Patriarchate sent him to Tajikistan.

“The composition of the congregation has changed. Many new people and younger people are attending,” said Bishop Pitirim, a former professor of theology in Moscow.

Built in 1943, as Soviet dictator Joseph Stalin eased restrictions on the Russian Orthodox Church amid World War II, St. Nicholas was in a state of disrepair when Pitirim arrived. Today, it is only just able to support itself with donations from the local community. Tajikistan’s eparchy receives no financial support from the Moscow Patriarchate. “Thank God no one taxes us,” the bishop said.

Still, the future of the community appears far from assured. “Almost every Sunday someone comes to me for a blessing to leave for Russia. With sadness, I give this blessing,” said Bishop Pitirim.

Parishioner Elena Kopilova has no intentions to leave. The Russian community in Dushanbe is strong, she insisted, excitedly describing how Russian President Vladimir Putin attended Easter service at St. Nicholas 11 years ago. “That was big support for our community,” says Kopilova, 46, a member of the church choir.

Though the eparchy of Tajikistan is not subordinate to Tashkent, the metropolitan there is the highest Orthodox religious figure in Central Asia, excluding Kazakhstan. On his visits to Dushanbe, said Kopilova, “he tells us that we [Russians] should stay here in Tajikistan; it is our spiritual destiny.”