While the Kremlin prioritized saving for a rainy day, real incomes plateaued and poverty levels rose. 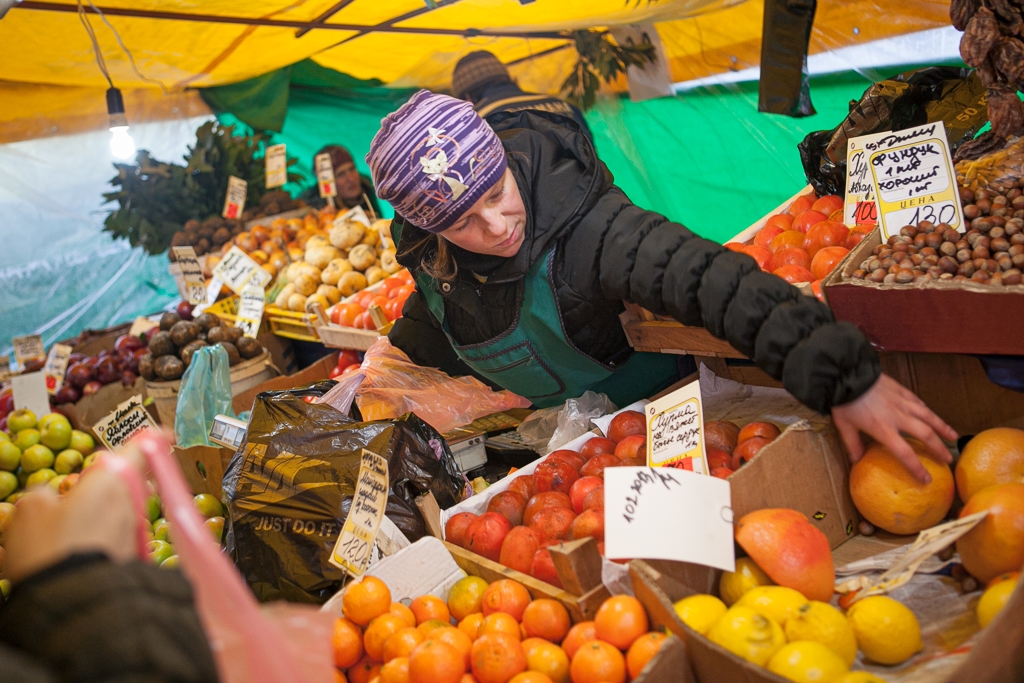 Under the outgoing government’s economic policy, incomes did not keep up with inflation. (photo: David Trilling)

The recent reshuffle of the Russian cabinet, with technocrat Mikhail Mishustin now in the prime minister’s seat, marks a sharp turn in Moscow’s economic policy. Over the past few years, during a period of sharply slower economic growth, the Kremlin had focused on restraint rather than expansion – a rational strategy for a country largely dependent on one export, but painful for its most vulnerable people. The new government plans to increase spending.

Russia started the 2010s growing at a healthy clip, boosted by high prices for that one export commodity: hydrocarbons. But twin troubles starting in 2014 threw the Russian economy into reverse. That year, oil prices swung sharply downwards – from a high of $115 a barrel in mid-June 2014 to $55 by the end of the year. Oil prices fell even lower the next year, bottoming out just under $30 in January 2016. At the same time, Western sanctions owing to Russia’s aggression in Ukraine pressed the economy further downward. Recession began in 2015.

The ruble tanked, dropping from around 34 rubles to a dollar in June 2014 to over 80 rubles per dollar in January 2016. The depreciation eroded local purchasing power by making imports more expensive. Despite a more stable economic outlook today, the ruble still remains significantly worse off (just over 60 to a dollar) than before the twin crises.

To address the headwinds, the Kremlin aimed for stability. One example of this position was a focus on fiscal restraint – that is, decreased government spending – especially since 2016. The government’s consolidated budget balance (the net of government revenues and spending), swung from a deficit equivalent to 3.7 percent of GDP in 2016 to a surplus of 2.9 percent by 2018.

That surplus happened because the government had prioritized accumulating reserves over economic growth. Such a focus on fiscal consolidation is often considered sound economic policy because it envisages less reliance on exports to drive consumption. Owing to the tight fiscal policy, in 2019 the government budget’s break-even oil price fell to just under $50 a barrel (while global oil prices trended at slightly higher levels), the lowest in over a decade.

But this policy hurt people at the lower end of the income spectrum. Fiscal consolidation exacerbated stagnating real incomes, since social spending did not keep pace with falling living standards. According to data from Russia’s Federal State Statistics Service, Rosstat, incomes grew at an average annual rate of 5.3 percent between 2013 and 2018. This does not amount to any increase in real incomes, since inflation averaged a faster pace (7.4 percent) in the same period.

Other Rosstat data show the population’s purchasing power (measured in terms of real disposable cash income) declining in 2014-17 and barely growing in 2018 and 2019. While Rosstat data do show increases in average wages, these are not helping the worst off. Poverty levels have been rising, as income growth fails to reach the most vulnerable. According to Rosstat, in the first quarter of 2019, 14.3 percent of Russia’s population (or 20.9 million people) had incomes below subsistence level, an increase of almost 500,000 people over the previous year.

Moscow’s focus on strengthening its reserves coincided with worsening conditions for the average citizen. So it’s not surprising the outgoing government was unpopular. Nor that President Vladimir Putin has signaled he’s ready to start spending.