The embassy says it refuses to give back the cash. 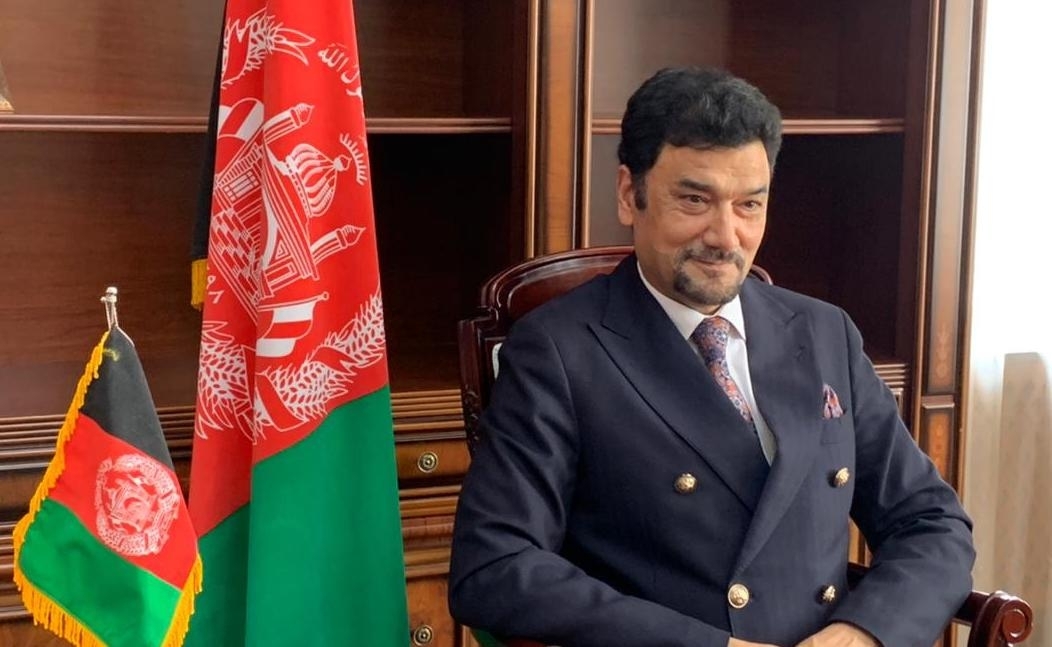 The head of the opposition-run embassy in Dushanbe, Zahir Aghbar. (Photo: Eurasianet)

The Taliban regime in Afghanistan has accidentally transferred around $800,000 into the bank account of the Afghan Embassy in Tajikistan and is now asking for it to be returned. The mission, whose head has professed his allegiance to the deposed government and firm opposition to the Taliban, is declining the request.

Dushanbe-based news website Avesta reported last week, citing sources at the embassy, that the money had been earmarked by former Afghan President Ashraf Ghani’s government as funding for a school for refugee children in Tajikistan. When the Taliban chased Ghani out of Kabul, however, the transfer did not go through.

The transfer of funds to the Dushanbe mission was later made all the same, Avesta reported. There is no clear indication the Taliban-run Finance Ministry knew of the money’s ultimate destination.

A Eurasianet source at the Embassy confirmed that a transfer had indeed been made, but they put the figure at somewhere closer to $400,000. The payment was made in September, the source said.

The Embassy source said the Taliban government wrote to them in November asking for the return of the money. This request has been rebuffed.

“We have not built the school, but for four months now, teachers and Embassy staff have been getting their salary out of these funds. All the money is being spent on the needs of the Embassy and of citizens of Afghanistan,” the source said.

The same person stated it would, in any case, be impossible to transfer money from Dushanbe to an entity that the host government in Tajikistan formally deems a terrorist organization.

The acting Afghan ambassador to Tajikistan, Zahir Aghbar, has emerged as a vocal opponent to the Taliban regime and has spoken in support of the National Resistance Front of Afghanistan, or NRF.

Tajikistan has likewise offered implicit, if cautious, support to the NRF. President Emomali Rahmon has cast his government’s reluctance to acknowledge Taliban rule as solidarity with the ethnic Tajik population in Afghanistan, which he says has been excluded from the new dispensation in Kabul.

The NRF even opened a branch in Dushanbe, although it has under pressure from the authorities, who look shy of seeking direct confrontation with the Taliban, been required to rebrand the office as the Ahmed Shah Massoud Foundation, named in honor of the anti-Taliban commander murdered in September 2001.

Rahmon’s government has also eschewed providing an exit channel to aspiring Afghan refugees. The Interior Ministry has since August declined to grant any Afghan nationals with refugee status. Around 80 people who spent two months stranded in a neutral zone on the border between the two countries were ultimately returned to Afghanistan.

RFE/RL’s Tajik service, Radio Ozodi, reported as recently as December 2 that Tajik border guards had deported a group of 14 Afghans seeking asylum. The group included three journalists and one former law enforcement officer who said they faced the danger of reprisals back in their home country.

Ozodi cited one of the expelled journalists as saying that Tajik border guards wept as they conveyed the group to Afghanistan.

“But the border guards said that if they didn’t follow orders, they would be imprisoned,” the journalist was cited as saying.