Dushanbe has irked the Taliban by offering a haven to its foes. 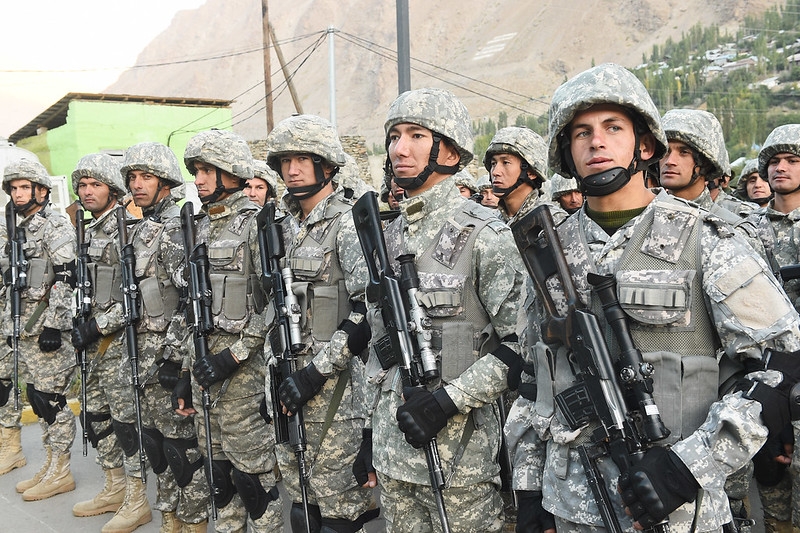 While it is trying to burnish its legitimacy in the eyes of the global community, the Taliban is engaging in an open battle of words with a neighbor to the north: Tajikistan.

Over a handful of days, representatives of the new regime in Afghanistan have made public statements condemning the Tajik government over what it has described as meddling in internal Afghan affairs.

The verbal barbs are in part a response to repeated demands from Dushanbe that a future Afghan government include more ethnic Tajiks in its ranks.

Tajik President Emomali Rahmon doubled down on his criticism of the Taliban in an address to the UN General Assembly on September 23, warning that “various terrorist groups are actively using the unstable military-political situation in Afghanistan in order to strengthen their positions.”

“We are seriously concerned and regret that Afghanistan is once again on its way to becoming a platform for international terrorism,” he said.

Taliban patience has been strained by those asides and also, most likely, a steady trickle of reports about Tajikistan offering a haven and assistance to exiled Afghan groups opposed to the new government in Kabul.

In an interview to Qatar-based broadcaster Al-Jazeera, acting Afghan deputy prime minister Abdul Salaam Hanafi at the start of this week warned Tajikistan not to meddle in Afghanistan’s affairs.

“We will not allow any neighboring nation to interfere in the internal matters of Afghanistan,” he said.

The exact same message reportedly came this week from another deputy head of the Taliban government, Abdul Ghani Baradar.

A more junior Taliban figure, Inamullah Samangani, who has been described as a cultural envoy for the group, took an even cruder swipe at Rahmon on Twitter on September 29.

“He’s been president for 27 years, maybe he will be so for another six, or even more,” Samangani said, using the observation to note that Afghanistan would not take lessons on democracy from Tajikistan.

Tajikistan and its security partners have been mounting demonstrative military exercises since even before the Taliban marched into Kabul on August 15. There has been no let-up on that front.

Russia’s Central Military District on September 30 declared that troops from its 201st base had been conducting yet more drills in the mountains of Tajikistan to simulate an incursion by an “unlawful armed formation moving along a mountain serpentine towards a village.”

On the same day, President Rahmon oversaw a ceremonial parade of army and Interior Ministry troops in the capital of the Gorno-Badakhshan Autonomous Region, or GBAO, which shares a long border with Afghanistan. Another, similar parade was held in the Darvoz region, which lies just west of GBAO, on September 27.

The Defense Ministry, meanwhile, has quietly been drawing up an exhaustive list of eligible military reservists in the event of a nationwide call-up being required.

With the open confrontation limited so far to exchanges of words and some saber-rattling, the situation appears far from volatile. Tajik political analyst Parviz Mullojanov, however, argues that the potential danger posed by the Taliban should not be discounted out of hand.

“Large-scale provocations on the border could be viewed by the Taliban as a means of putting pressure on the leadership of Tajikistan and to force it to change its position and withdraw its support for the National Resistance Front,” Mullojanov told Eurasianet.

With the humiliation of NATO under their belts, the Taliban may feel emboldened to hold its own against other antagonists.

“[Compared to NATO], 30,000 Tajik soldiers and a 6,000-strong Russian army base may not look like such a major challenge,” Mullojanov said.

While it is not in keeping with the Taliban’s past record or stated intentions to undertake hostile actions against a neighboring nation, the murky role that Tajikistan is said to be playing in supporting anti-Taliban forces is a problematic imponderable.

And non-military resolutions for Afghanistan’s ongoing instability are looking more distant than they were a few weeks ago.

When Rahmon met with Pakistan’s Prime Minister Imran Khan on September 17, he expressed a desire to see a “timely conclusion to conflict and tensions in the Panjshir province [through declaration of] a ceasefire.” The Tajik government to that end offered to host negotiations in Dushanbe between the Taliban and ethnic Tajik opposition formations based in the Panjshir.

A diplomatic source in Dushanbe told Russian news agency RIA Novosti on September 29, however, that efforts to broker the start to talks has made no progress.

“There is still no movement on the issue of negotiations in Tajikistan between the Afghan resistance and the Taliban,” the diplomatic source is cited as having said.