The Taliban have begun a PR blitz against the Islamic State, which has challenged the new Afghan government’s promise to bring peace to the country and its borders. 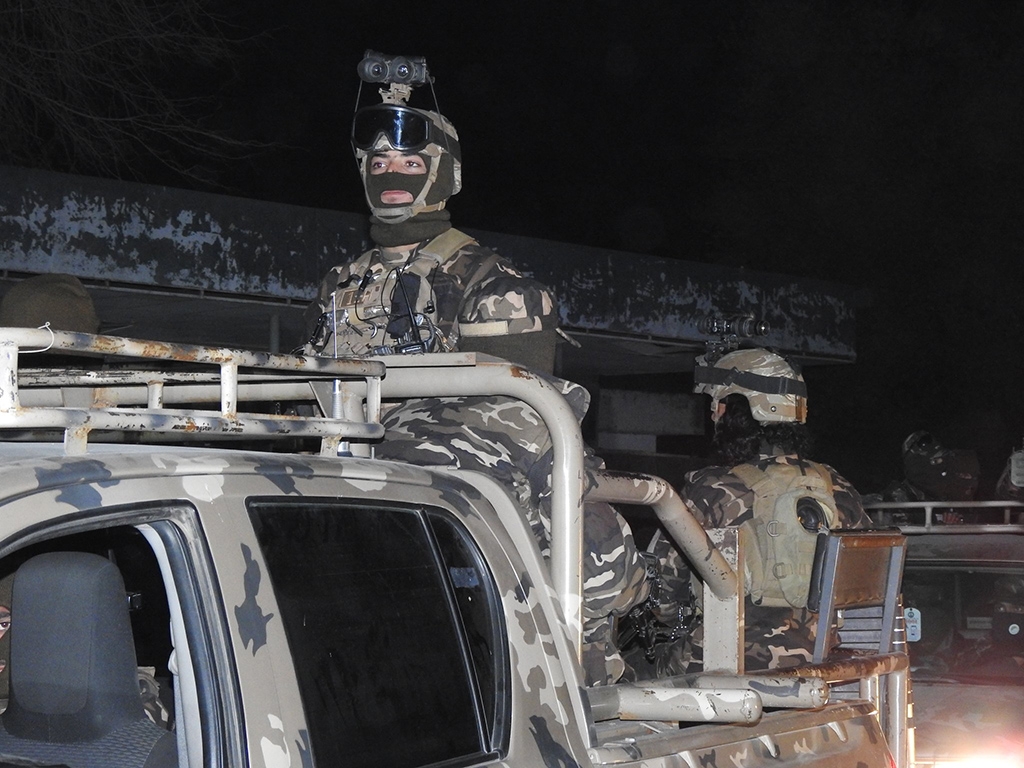 Since the Taliban seized power last summer, Islamic State militants have been causing embarrassment, claiming a drumbeat of violence that undermines the fledgling government as it seeks international legitimacy and investment.

A handful of poorly documented rocket attacks from Afghanistan over the border into Tajikistan and Uzbekistan have raised the profile of Islamic State Khurasan Province (ISKP), the terror group’s local faction. Brash ideologues from Tajikistan have expanded their online presence and been connected to several suicide bombings. All this has undercut the Taliban’s pledge, reiterated this week at a conference in Tashkent, that Afghan territory will not be used to attack neighbors. It has likely also aided ISKP recruitment.

Apparently in response, the Taliban have shifted from downplaying the Islamic State threat to flagging its own battlefield successes, while insisting they alone control the Central Asian frontier.

Last week the Taliban’s General Directorate of Intelligence (GDI) announced that its special forces had recently raided an ISKP safehouse in Kabul, killing two militants and capturing three others whom it described as “important foreign members.” In addition to seizing weapons, GDI said the operation disrupted ISKP propaganda aimed at Tajik speakers: “The Tajik language section of Voice of Khorasan magazine was organized from this center.”

A few days earlier, on July 16, a Taliban spokesman released a video purporting to show an operation in the Imam Sahib district of Kunduz bordering Tajikistan. The GDI claimed three ISKP members accused of firing rockets this spring at Uzbekistan and Tajikistan were killed and five others detained.

Likely adding to the Taliban’s sense of urgency, ISKP online recruiters have capitalized on the June 18 suicide bombing at Kabul’s Sikh temple, which they claim was carried out by a Tajikistan national known as Abu Muhammad al-Tajiki.

ISKP, which has positioned itself as the counterpoint to the ethnic Pashtun-dominated Taliban, says that al-Tajiki was the leader of a suicide-bomber training camp and taught the Afghan who killed more than 50 people at a Shiite mosque in Peshawar on March 4, and the bomber behind a May attack on a memorial ceremony in Kabul. Voice of Khurasan said that al-Tajiki previously headed the group’s Tajik media unit. Islamic State publications celebrated al-Tajiki’s “martyrdom” in several languages, including Tajik. 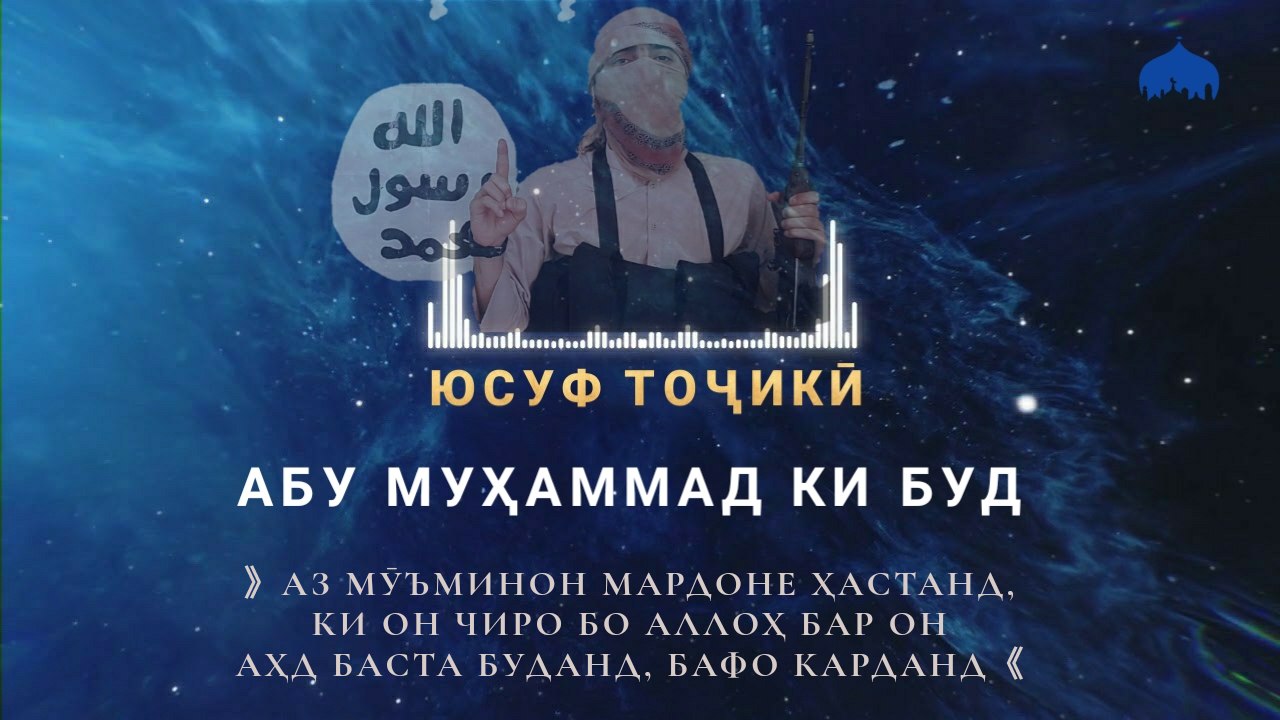 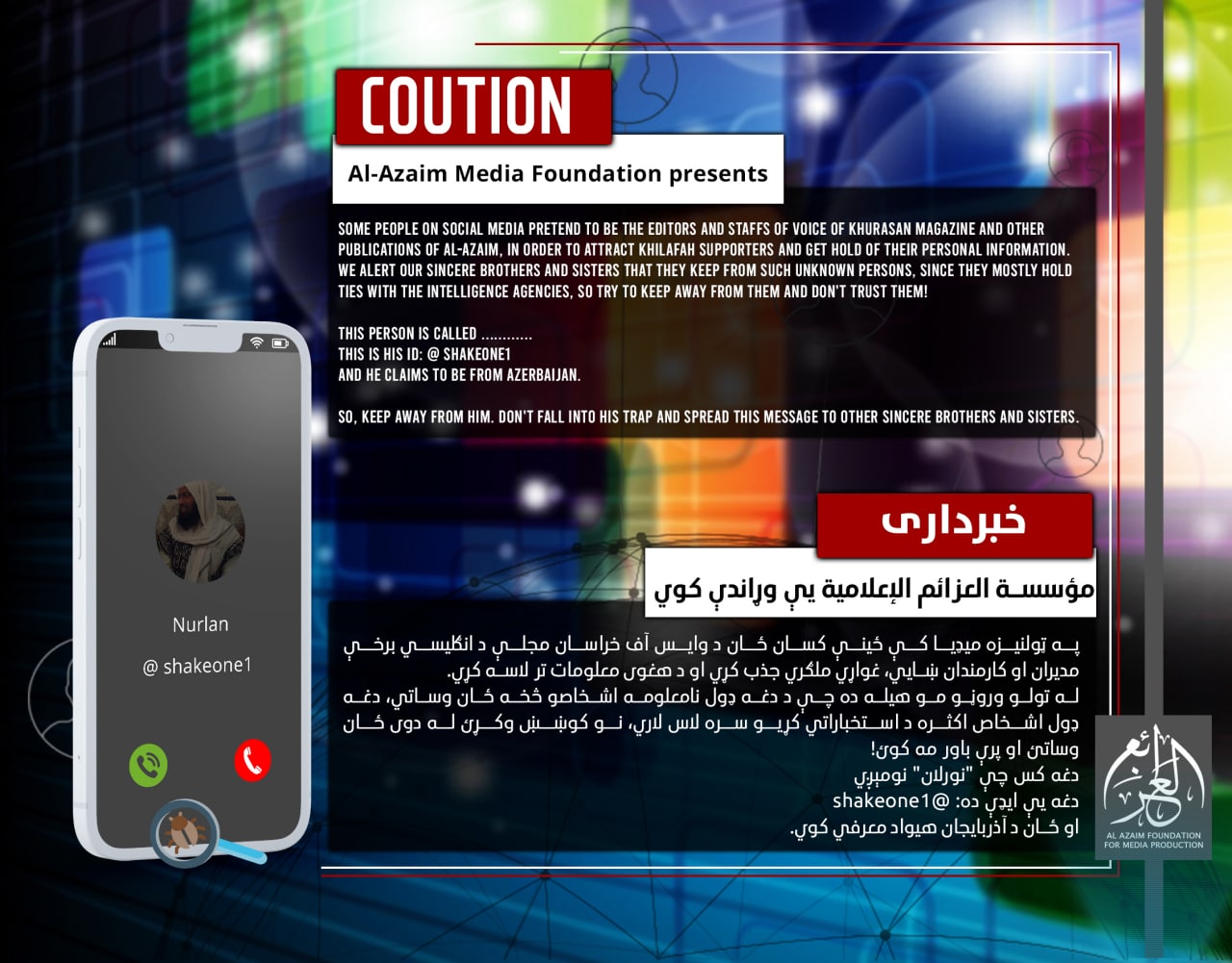 That month, a Taliban mole penetrated a Tajik ISKP cell, leading to the death of the popular recruiter Yusuf Tajiki.

It is unknown how many Tajik nationals have joined ISKP or how many of these accounts are run by supporters from abroad. Last month, a report published by the United Nations Security Council warned that ISKP “has increased its presence in northern and eastern Afghanistan. It also includes fighters from Central Asia, who have increased activities in the north.”

After the Taliban took Kabul last summer, neighboring Tajikistan said it would refuse to recognize a Taliban government until it integrated ethnic Tajiks, Afghanistan’s second-largest ethnic group, into the country’s leadership. But Dushanbe would welcome a Taliban campaign against ISKP radicals, whom it has accused of several attacks on its own soil in recent years.

Even so, as ISKP takes on an ethnic Tajik flavor, targeting the group carries risks for the Taliban. An overreaching crackdown could fuel domestic tensions, particularly if the Taliban conflate a small group of foreign ISKP supporters with Afghanistan’s very real and large population of peaceful ethnic Tajiks. There have been reports of Taliban attacks on Tajik communities: arbitrary arrests, land seizures, torture.

Certainly, in the drug-infested northern borderlands where the Taliban and ISKP are duking it out, the Taliban have shown no compunction conflating perceived threats.

In the Taliban video of the Imam Sahib raid, one of the captives, blindfolded and in visible duress, said the ISKP had collaborated with the National Resistance Front – an ethnic Tajik rebel group from Afghanistan that enjoys ties to Tajikistan’s government and includes officials from the ousted Afghan government – to source the rockets fired at Uzbekistan and Tajikistan. The Taliban provided no evidence. For his part, an NRF spokesman, Sibghatullah Ahmadi, responded that the raid was an internal dispute between Taliban factions over “the proceeds of drug trafficking.”

He also provided no evidence, though the area is known as a major heroin trafficking route running northward under the nose of Tajikistan’s top security officials.