The security pledge could encourage international investors to get involved. 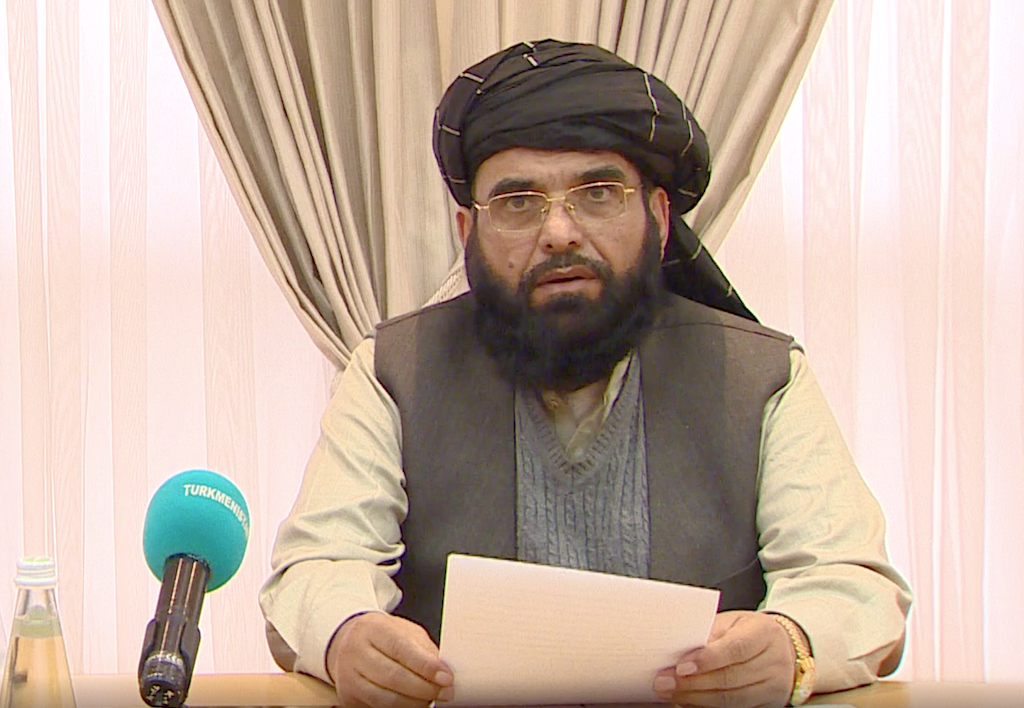 A Taliban delegation has paid a surprise visit to Turkmenistan to pledge support for a planned natural gas pipeline across Afghanistan, providing welcome reassurance for a project whose viability has long been rendered doubtful by security concerns.

Signs point to the trip having been brokered by the U.S. government, which has long championed what is known as TAPI, named after the four countries the pipeline would cross: Turkmenistan, Afghanistan, Pakistan and India.

Suhail Shaheen, a member of the Taliban’s Qatar-based negotiation team, told reporters in Ashgabat on February 6 that his movement was offering “full support for the implementation and security of TAPI and other developmental projects in our country.”

Shaheen explicitly addressed the most commonly aired worry about the prospects for TAPI by assuring his hosts that not only would the project not be targeted for attacks, but that the Taliban was committed to ensuring its safety.

“We are trying to contribute to prosperity of our people and development of our country by providing protection to all projects,” Shaheen said in English, reading from a written statement.

The other projects alluded to by the Taliban spokesman are the Turkmenistan-Afghanistan-Pakistan high-voltage power transmission lines, or TAP, and railways from Turkmenistan to Afghanistan.

Should such reassurances hold, the main hurdle facing TAPI’s developers would be raising the necessary funds. Estimated costs for the project have been placed at anywhere up to $10 billion, although the chief executive of the TAPI Pipeline company, Muhammetmyrat Amanov, stated in 2018 that he was forecasting outlays closer to $7 billion.

With the Taliban onboard, Ashgabat may now hope international investors can be persuaded to get involved.

Global energy majors have latterly shown no enthusiasm for TAPI, but that was not always the way. In 1997, a consortium comprised of six companies and the government of Turkmenistan was formed with the goal of building a 1,271-kilometer pipeline to Pakistan. India was not yet part of the plan. The largest share in that consortium, 54 percent, was held by California-based Unocal Corporation. In 1997, the American company even arranged travel to Texas for a senior Taliban delegation for negotiations. Deadly terrorist attacks in 1998 against U.S. embassies in Tanzania and Kenya organized by Al-Qaeda, whose leader Osama bin Laden had been provided safe haven by the Taliban, put paid to all that.

The Taliban was not entirely deterred, though. In 1999, the militant group, which had by then extended its control to almost all of Afghanistan, entered into talks on the route with Turkmenistan and Pakistan. Lack of cash and the rapidly evolving geopolitical landscape made it all pointless. By the end of that year, Turkmenistan had reached an agreement with Russia’s Gazprom on the delivery of 20 billion cubic meters of gas in 2000.

This marks a second major potential breakthrough for Turkmenistan’s gas export ambitions in the space of just a few weeks.

On January 21, Azerbaijan and Turkmenistan, whose relations have rarely been entirely smooth, signed a landmark agreement to jointly develop a long-disputed Caspian gas field. That precedent could, in the words of one seasoned Caspian energy scene-watcher, open up “the prospect of a direct gas connection between the two countries.” Making that project happen could eventually grant Turkmenistan with direct access to the European market.

In hindsight, it appears that clues of imminent dialogue between Turkmenistan and the Taliban were there to see. And it is highly probable that Washington has been serving as a go-between.

On January 3, the U.S. special representative for Afghanistan reconciliation, Ambassador Zalmay Khalilzad, embarked on a whistle-stop tour that took in Afghanistan, Pakistan, Qatar and Turkmenistan. According to a State Department statement, Khalilzad’s objectives included urging the countries to pursue “plans for expanded regional connectivity, trade, and development which will be aided by an Afghan peace agreement and will help sustain peace.”

While Khalilzad’s Doha stop appeared focused primarily on coordinating peace talks between the Afghan government and the Taliban, his agenda evidently took in issues beyond merely security.

Washington is also playing midwife to the consolidation of relations between Turkmenistan and the government in Kabul. In the maiden session of a new trilateral format between Afghanistan, Turkmenistan and the United States in October, all sides committed, among other things, to work together on implementing TAPI and TAP.

Breakthroughs on the Afghan and Caspian fronts come at an extremely propitious time for Turkmenistan, which has struggled to find viable buyers for its vast gas reserves.

Considering Turkmenistan has the fourth-largest reserves of natural gas in the world – an estimated 19.5 trillion cubic meters, nearly 10 percent of the world’s total – current export figures nowhere near reflect its potential.

The Taliban may be making Turkmenistan’s year.