Tamada Travels: The Color of Parajanov

Iconic filmmaker Sergo Parajanov – a man who in his lifetime gained a reputation as the Soviet Union’s Fellini – would have turned 90 today. 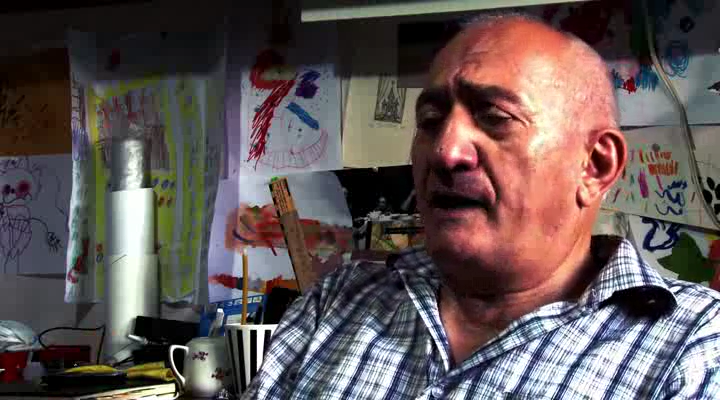 Iconic filmmaker Sergo (Sergei) Parajanov – a man who in his lifetime gained a reputation as the Soviet Union’s Fellini – would have turned 90 today.

This Eurasianet video pays tribute to Parajanov’s legacy, which extends well beyond his native region, the South Caucasus. An ethnic Armenian born in Tbilisi, Georgia, Parajanov is still widely considered to be the greatest visual poet that the Caucasus has ever produced. Relying on a cinematic style that emphasized a rich, baroque tapestry of images and the expressive silence of his film characters, Parajanov transgressed the cultural and artistic borders of his time and place.

While defying Soviet censors, he managed to rise above the parochial nationalist sentiments that prevailed in the Caucasus in his time — much like another famous cosmopolitan Tbilisi Armenian before him, the 17th century troubadour Sayat Nova, a figure who became an inspiration for Parajanov’s internationally acclaimed movie, the Color of Pomegranates. Ultimately, Communist authorities couldn’t tolerate Parajanov’s individualist streak, and he spent several years in prison starting in the late 1970s, convicted on what were widely seen as politically motivated charges. The experience broke his health, and he succumbed to cancer in 1990 at the age of 66. One can only wonder what might have been, if he could have lived long enough to enjoy full artistic freedom during the post-Soviet era.