TAPI Enters Afghan Phase with Little Cash and Many Problems

The natural gas pipeline that many said could never happen is taking an important step forward this month: constructing its Afghan section. 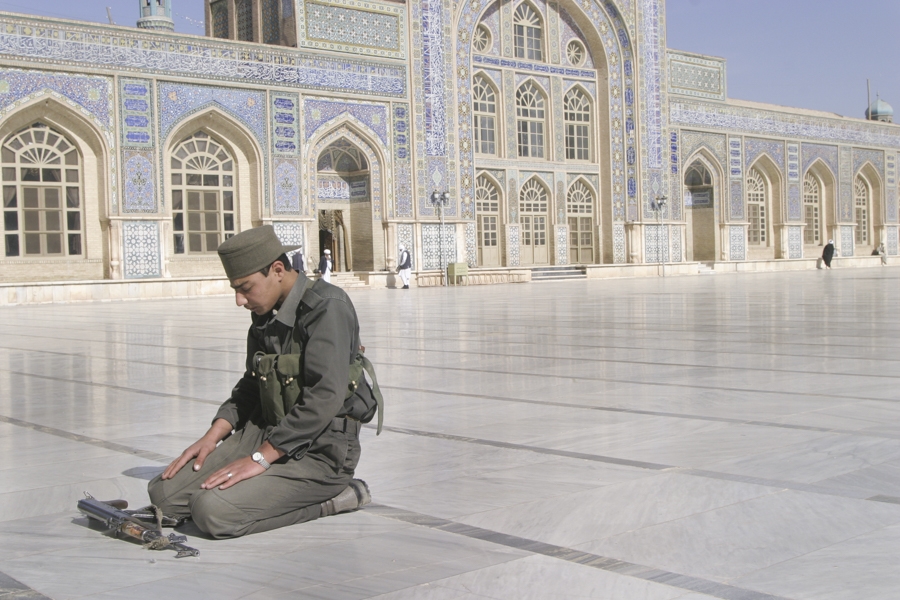 It is the natural gas pipeline project that many have long said could never happen. But the Turkmenistan-Afghanistan-Pakistan-India pipeline, or TAPI for short, is taking another important step forward this month with construction of its most precarious section.

If it is ever completed, the bulk of the Afghan component of TAPI will run abreast of the 557-kilometer (346-mile) Kandahar-Herat highway before turning off right along the road to the Pakistani city of Quetta.

In perhaps one of the most important fillips to the entire undertaking in recent years, Saudi Arabia has reportedly committed to providing it with “substantial investments.” That is what officials in Ashgabat are saying, at least, although the nebulousness of the Turkmen government makes the precise nature of that commitment unclear.

Maksat Babayev, the Turkmen deputy prime minister with the portfolio for energy issues, announced at a January 19 government meeting that the funds in question have already been disbursed by the Saudi Fund for Development.

“Turkmenistan and Saudi Arabia are among those nations possessing huge reserves of natural resources, and that creates favorable conditions for expanding interstate cooperation in the field of fuel and energy as well as in other sectors,” Turkmen President Gurbanguly Berdymukhamedov said during the same meeting.

The Saudi Fund for Development did not respond to emailed requests for confirmation of or elaboration on Turkmenistan’s assertions. Turkmen officials have not revealed how much money the Saudis have purportedly provided nor to what part of the project the funds have been allocated.

TAPI is nothing if not ambitious. The entire route would span 1,814 kilometers (1,127 miles), starting from the Galkynysh mega-field and terminate in the fortress town of Fazilka in India’s Punjab State. The pipeline would be able to carry up to 33 billion cubic meters of gas every year. Of that volume, India and Pakistan would buy around 14 billion cubic meters apiece, with the remaining 5 billion going to Afghanistan.

Completion of the pipeline is currently slated for 2020, although other than Turkmenistan, none of the countries involved have yet done any construction. Some hardened skeptics question whether the Turkmen section is even real. No international journalists have been allowed anywhere near works and state media has produced little by way of documentary evidence of their engineers’ efforts.

That outside help would be needed to help cover the $10 billion-plus bill was evident from the outset. As leader of the Isle of Man-based TAPI Pipeline Company construction consortium, state-run Turkmengaz is supposed to be stumping up 85 percent of equity. And yet Turkmenistan shows every sign of being utterly broke — the result of chronic economic mismanagement and flagging global prices for energy commodities in the past few years. The other consortium members — the Afghan Gas Corporation, Pakistan's Inter State Gas Systems and India’s GAIL — have been similarly constrained or circumspect in declaring their spending intent.

In October 2016, Turkmenistan revealed that it had borrowed $700 million from the Jeddah-based Islamic Development Bank to fund building work on TAPI. For other credit, much hope is being placed in the Asian Development Bank, whose board of directors last year approved a five-year Country Partnership Strategy that would, among other things, help with the trans-Afghan pipeline.

“Going forward, ADB will continue to support the project, including the possibility of providing financial advice, financing shareholder equity in TAPI pipeline company, and non-sovereign loans, and credit enhancement,” the bank said in a statement, without providing project-specific figures.

The ground-breaking ceremony in Afghanistan has been scheduled for February 23. Officials in Kabul are adamant everything is in place and are rubbing their hands at what they predict will be the $500-million transit-fee windfall due to them once deliveries begin.

“We have undertaken the necessary arrangements in the security sector and provided facilities for the implementation of the project, a special team has worked on it,” Abdul Qadeer Mufti, a spokesman for the Afghan Ministry of Mines and Petroleum, was quoted as saying by TOLO News last month.

As analysts who have monitored the project closely over the years note, however, the start to work in Afghanistan could easily prove a false dawn. Large amounts of money will be needed for long-term protection, as well as construction — Kabul has previously said it will put together a 7,000-man force to keep TAPI safe.

“If the Afghan sector is ever finalized, there are serious questions about the capital needed to ensure security across the route, which goes through some of the country's most unstable areas,” Luca Anceschi, a lecturer in Central Asian studies at the University of Glasgow, told Eurasianet. “I still haven't seen any detailed, up-to-date information about pricing arrangements and gas quotas to be purchased by Pakistan and India.”

Indeed, the confidence evinced by Afghan officials appears to fly in the face of the realities on the ground. A recent study by the BBC maintained that Taliban forces are active in around 70 percent of the country. Most crucially, anti-government militants have outright control over districts that TAPI will be required to traverse.

It isn’t just Afghanistan that has security headaches. Pakistan’s Balochistan province is likewise beset by a long-running insurgency centered in part on demands for a greater share in the nation’s financial resources.

Anceschi said that there may well be more to Riyadh’s financial commitment than meets the eye.

“Saudi involvement may bring more capital to the struggling consortium but, in this context, construction works are probably just a smokescreen for some non-transparent management of TAPI funding,” he said.

As if to confirm such concerns, there have been unsettling developments in Pakistan, where TAPI consortium member Inter State Gas Systems has fired five top executives following their efforts to expose alleged irregularities in the gas sale agreement.

Given its location and route, TAPI is inevitably freighted with geopolitical significance. Historic enmity between India and Pakistan has regularly cast the viability of the entire enterprise into doubt.

And then there is the matter of Iran, another gas giant pursuing its own pipeline project in the area.

The extent of delays on the Iran-Pakistan-India route, dubbed the Peace Pipeline, puts even TAPI, an idea that has been kicked around since the early 1990s, in the shade. Still, Tehran insists the vision will be realized and has downplayed the likelihood that the Turkmen project will pose undue competition.

"The implementation of the project to supply gas to India to compete with the Peace pipeline is unlikely," Iranian Oil Minister Bijan Namdar Zanganeh was quoted as saying by state media on January 30.

Zanganeh implicitly suggested that TAPI might be an attempt by Saudi Arabia — and the United States — to sabotage Iran’s goals in the region.

“Ultimately, all obstructions aimed at preventing the strengthening of Iran's position on the global energy market will fail,” he said.