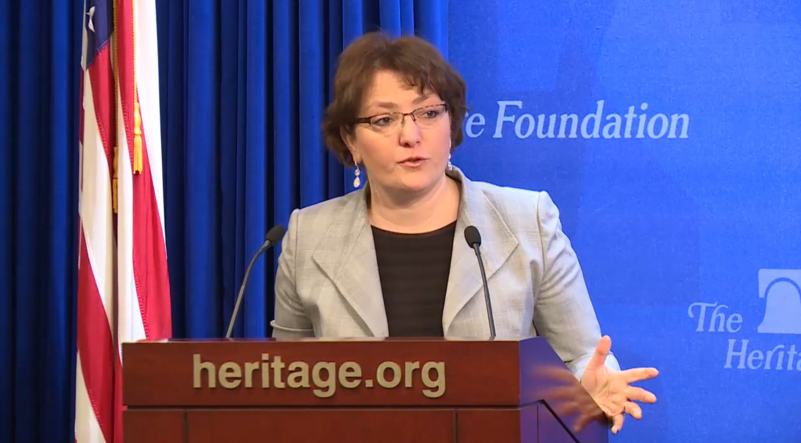 Georgia's government is asking the United States to store some of its weaponry in the country in the case it were needed quickly to defend against Russia. The U.S., while announcing an ambitious plan to "preposition" equipment in several NATO countries on Russia's border, is so far declining to do so in Georgia.

By the end of next year, the U.S. Army hopes to have what it calls "European Activity Sets" placed in Estonia, Latvia, Lithuania, Poland, Romania and Bulgaria, the top Army commander in Europe, General Ben Hodges, said this week. The sets would consist of vehicles and weaponry so that American soldiers coming to the area for training, or for a quick deployment, would have gear waiting for them.

Hodges added that the army is not now considering additional sites. But Georgian Defense Minister Tinatin Khidasheli, visiting Washington this week, is lobbying for Washington to change its mind and to include Georgia in that list.

“Putting more security in [the] Baltics or eastern border of NATO is the same value for us as putting it in Georgia, because deterring Russia anywhere means more security for Georgia,” Khidasheli said in an interview with the newspaper Defense News. “But at the same time, we hope that Georgia will be part of that deal, as well, and we will get our share in this entire picture of European security setup … we will see. We’re negotiating all those issues and I’m very optimistic that we will get our portion from this.”

In another interview, Khidasheli criticized NATO's failure to advance Georgia's progress toward accession at its meeting earlier this month. The alliance "missed a crucial opportunity to “prove the alliance’s strength and the whole idea of why it was created in the first place, for a safer and more secure Europe,” she said in an interview with the Washington Times.

The move, she added, was an "open invitation" for Russia to expand. And she said that the rest of the post-Soviet region was watching Georgia's progress to determine whether or not an alliance with the U.S. would be worthwhile. “Success on the Georgian issue,” she said, “is of vital importance for the United States and for the Western European countries because everybody else is looking at us. Azerbaijan is looking at Georgia. Armenia is looking at Georgia. The entire region of Central Asia is looking at Georgia with the [idea] that if it works with [Georgia], then it’s worth trying and that it’s worth working for this cause.”

This is a somewhat different message than she and other officials in Tbilisi initially reacted to the news from NATO, which was to argue that by offering membership to Montenegro the alliance was showing that the door to membership was still open in spite of Russian opposition.

"NATO has not expanding since 2009 and now, after six years, NATO, in the face of a more active and more aggressive Russia, today it became known that NATO has invited Montenegro [to join the alliance]. Of course Montenegro's membership [in NATO] gives a huge basis for optimism for other aspirant countries, including Georgia - in the first place Georgia, because in the communique Georgia has the highest assessments, the highest assessments on political reforms," she told Georgian television channel Rustavi2, in comments translated by BBC Monitoring.

In her interview with the Washington Times, Khidasheli did note progress in Georgia's military relations with the U.S.: the two countries are working on an (unspecified) arms deal which she expects to be ready by the time President Obama leaves office in January 2017.

“We do have ongoing negotiations with U.S. companies, and I think we are almost there,” she said, adding that “many people in Georgia” are eager for the weapons deals “even more than NATO membership” because of a sense that the U.S. is “the most loyal and strongest partner for us.”