Fourteen people were injured in the accident, but the metro had been making a comeback of sorts. 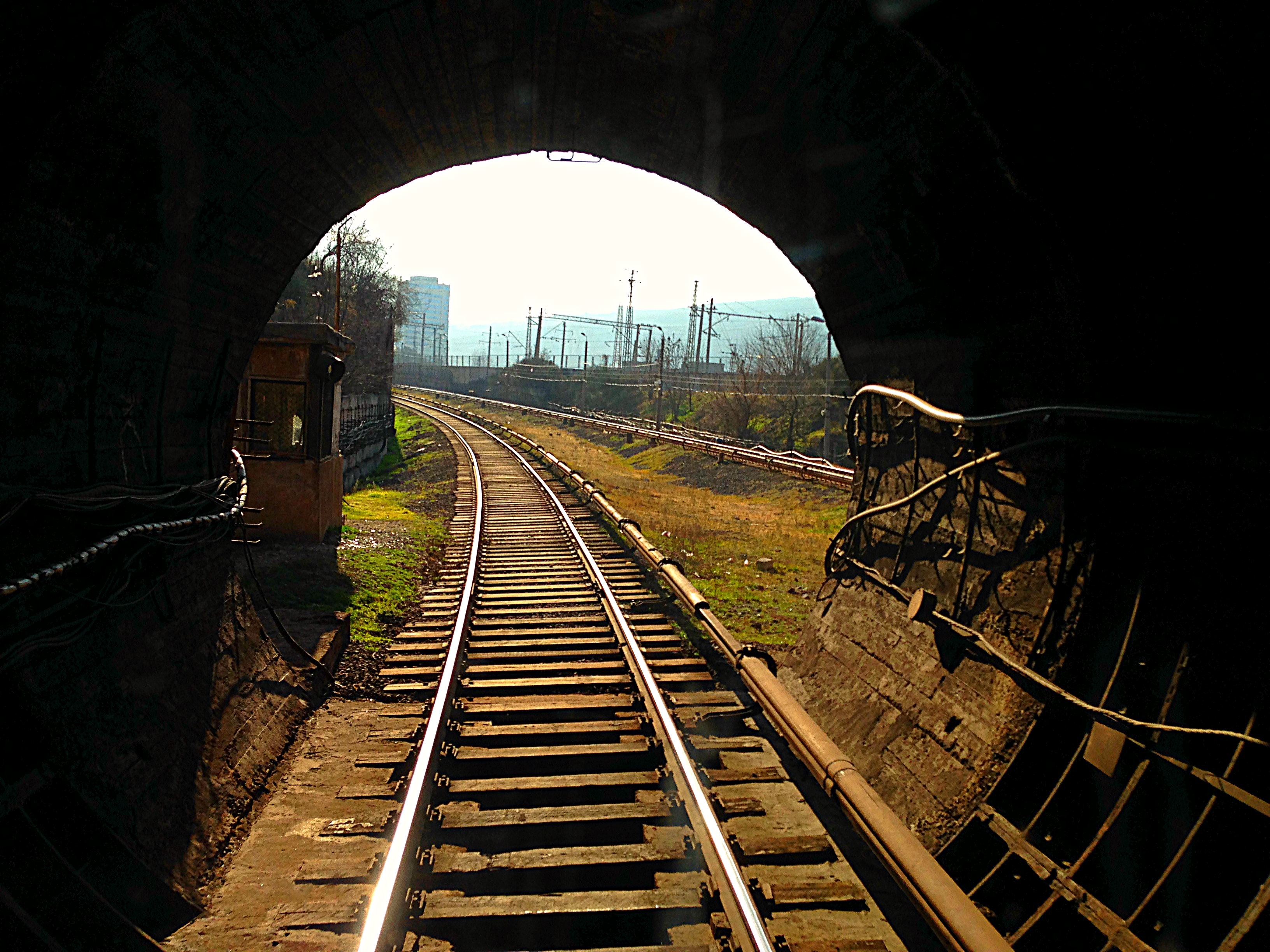 A track on the Tbilisi metro. The transit network had been coming out of the dark era of the early post-Soviet period, but a roof collapse in a station reminded our correspondent of the bad old days. (Photo by MazBenidze via Wikimedia Commons)

A suspended ceiling in a Tbilisi metro station collapsed on January 30, injuring 14 commuters in the worst transit accident in the city's recent memory. Eyewitnesses recounted scenes of panic, with commuters running for their lives up the escalators to escape the falling panels.

For those of us who rode the Tbilisi metro in the 1990s, the accident brought back memories of that (literally) darkest era of the city and its subway.

In those days, descending into Tbilisi's metro was a leap of faith. You never knew if a power outage would strand the train, bursting with human load, deep in a tunnel and you’d spent an indefinite, dimly lit period of time gasping in the embrace of your fellow commuters. You could only hope then that you weren't in the company of pick-pockets or gropers.

Still, the metro was the most reliable means of public conveyance. The above-the-ground alternatives included trolleybuses (since retired), but the Czech-built vehicles were often so packed that hanging on the back or perching on the roof was often preferable.

In my case, metro was also the cheapest option. The mother of a classmate worked in one station selling tickets, which meant free tokens and the rare privilege to see a woman in the booth betray a bit of emotion – if I was lucky, even a smile.

When it was built, the metro was the pride and joy of Soviet Georgia, not least because Georgians believed they had pulled one over on Moscow. An often-repeated urban legend had it that in the 1950s, the Georgian authorities exaggerated the size of Tbilisi’s population in order to trick Moscow into building the metro. Whether this was true or not, in 1966 Tbilisi became only the fourth Soviet city after Moscow, Leningrad and Kiev to boast a metro system, ahead of larger republican capitals like Baku.

The formal opening of Tbilisi’s metro in 1966

The stations in Tbilisi were not quite as deep or palatial as those in Moscow or Kiev, but they do go as deep as 60 meters (197 feet) and feature granite and marble interiors, the grandeur meant to flaunt Soviet Georgia's progress. The system grew to include 22 stations and some 53 kilometers (33 miles) of tunnels.

When the USSR collapsed, though, Tbilisi's metro came to exemplify the resulting infrastructural breakdown. Soon the metro came to be seen as the poor man’s transport – crowded and crumbling, with drunken brawls breaking out regularly. Still, hoping for the best, we went deep down into the bowels of the city, where the air smells of the sulphuric waters that permeate the earth under Tbilisi.

One day in September 1995, a friend and I were waiting for a train at Station Square, a crowded stop where the network's two lines meet. As we watched for the train to arrive, a stream of water, about the size of a small creek, emerged from the tunnel, babbling happily over the tracks. One passenger concluded, at the top of her voice, that the Mtkvari River had broken into the tunnel.

According to Tbilisi’s transit authority, a whopping 25,000 tons of ground water is pumped out of the metro network daily. But we didn't know that back then. Panic broke out and people began stampeding toward the exit. Before we knew it, my friend and I were knocked off our feet. My imagination, perhaps having viewed too many Hollywood disaster movies, went into overdrive and I pictured a CGI wall of water bearing down on us.

When I finally managed to get up, the crowd had left me behind and was mobbing up the upward moving escalator. I vividly recall tomatoes from a hastily dropped shopping bag rolling across the platform.

The panic dissipated fairly quickly after everyone realized that the river was failing to burst out of the tunnel. Many of the passengers came back, some upset, others smiling in embarrassment. The two of us then made our way to the escalator and left the metro. It was 20 years before I came back.

Many did the same in those years, wary of accidents and of transiting with the masses. The metro lost many middle-class passengers to booming marshrutkas, privately operated minibuses, cars and walking. Annual ridership fell from 142 million in 1995 to an average of 97 million over the following decade, according to figures from Georgia's National Statistics Service.

As the economy began to boom in mid-2000s, many Tbilisi residents started buying cars. The number of cars more than doubled between 2006 and 2016 in Georgia, reaching 1.167 million and counting. For Tbilisi, this has meant traffic jams and air pollution. For the metro, it was a chance to make a comeback.

The city’s residents now increasingly appreciate the virtues of the metro, as it has become the only means of transport running on a reliable schedule, while cars and buses idle stranded in the jammed streets above.

On top of that, the metro stations and rolling stock have been getting facelifts. A new stop became operational last year, although completing this one station took more time than the original construction of the entire system.

The annual ridership had increased to over 105 million in 2016, but the ceiling collapse is hardly reassuring for prospective passengers.

Georgia generally has had bad luck with new public roofs and ceilings. Wind blew off the roof sheeting of a newly built airport terminal in 2007. In 2013, the same happened to the roof of Tbilisi's public service hall, the much-touted, glass-walled symbol of Georgia’s defeat of bureaucracy. Rain notoriously trickles through the ceiling of the nation’s extravagant new parliament building in Kutaisi.

Tbilisi Mayor Kakha Kaladze now vows to levy harsh punishment upon the contractor that had only last year given the ill-fated station a cosmetic makeover, at a cost of $141,000. Opposition figures have accused the city government of shady deals with the contractor, par for the course for these sorts of incidents over the past decade. Nobody has taken a comprehensive look, let alone tried to do something about, what many observers see as a total lack of sound construction and monitoring standards. Nor do city authorities now say anything about examining the quality of renovations at other metro stations.

In order to fight the ever-worsening traffic jams and air pollution, the government conducts campaigns urging citizens to keep their cars parked and instead use their feet and public transport. But those of us with reasons to be wary of the metro prefer to stay in the driver's seat even when the subway may be more practical.

When that ceiling fell, the friend who was with me during the water scare incident 23 years ago, messaged me over Facebook. “Remember that time that we nearly drowned without water?” she said, with some laughing emoticons. “I’m so glad I have a car now.”