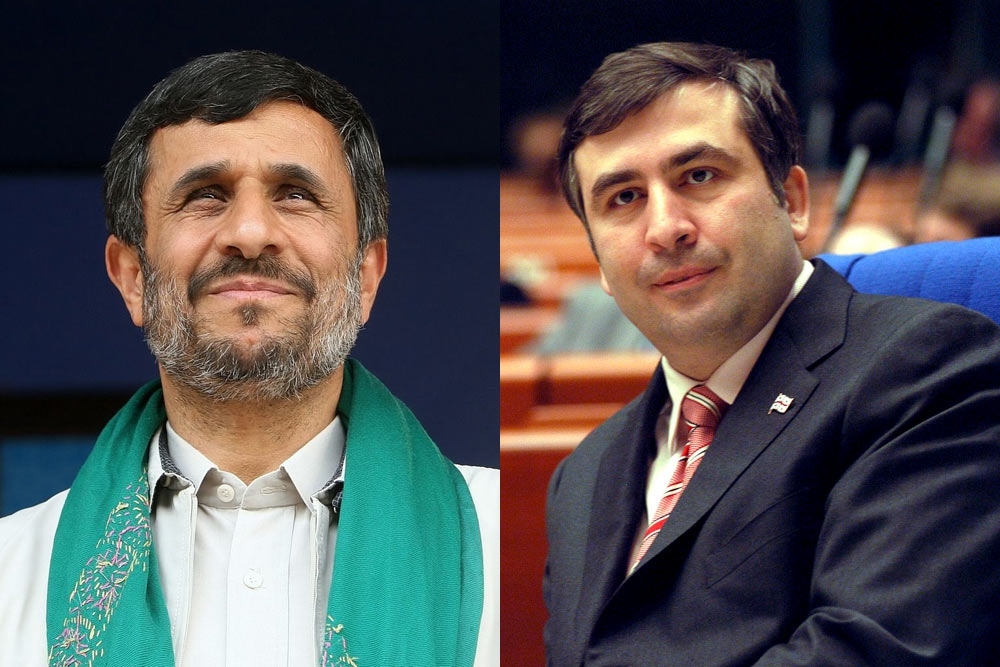 After years of jostling among the regional giants, the United States and Russia, officials in Georgia seem intent on recruiting a new player for the regional geopolitical game -- Iran.

Georgian and Iranian officials announced a flurry of initiatives in mid-May. Aside from the cancellation of visa requirements for Iranian citizens traveling to Georgia, Tehran has offered investment in a hydropower plant and electricity imports; Tbilisi is also seeking wind-power cooperation. The proposals are currently under discussion with Georgian Prime Minister Nika Gilauri. In addition, Tbilisi extended an invitation to Washington’s bête noire, Iranian President Mahmoud Ahmadinejad, to visit Georgia. Iranian Foreign Minister Manouchehr Mottaki may visit Georgia in June to work out specifics of the new cooperation framework.

Coming amid heightened global tension stemming from Iran’s controversial nuclear program, the announcements coming out of Tbilisi at first glance may have caught Western observers off-guard, especially given that President Mikheil Saakashvili administration’s has maintained a staunchly pro-American policy.

Georgian officials insist they are interested solely in expanding trade, and not in undertaking a diplomatic realignment. Stronger ties with Iran “do not come at variance with [Georgia’s] foreign policy priorities that are integration with the European Union, facilitation of the visa regime [with the EU], and becoming a NATO member,” Deputy Foreign Minister Nino Kalandadze said on May 24.

Kalandadze also indicated that Tbilisi consulted with Washington before making its overtures to Tehran. “We have strategic partners, such as the United States,” she said. “As we maintain a constant dialogue with them … we do not believe this will create some kind of problem [in Georgian-US] ties.”

A Western diplomat confirmed that such a dialogue has taken place. Whether or not the Georgian initiative has Washington’s full support wasn’t entirely clear, however. The Western diplomat noted merely that US officials encouraged Tbilisi to keep in mind the “wider perspective” in its ties with Iran, and not to focus solely on what Tehran can do to advance Georgian trade or tourism goals.

When queried on the Georgian-Iranian announcements, US Embassy spokesperson Karen Robblee’s answers were guarded. Robblee pointed out that “anything related to visas is a decision for Georgia to make.” At the same time, she stressed that the human rights situation and nuclear issue in Iran remain a cause of deep concern for Washington.

One veteran Georgian foreign policy analyst said that Tbilisi, while aware of Washington’s priorities, must do all it can to survive within what he described as a geopolitical “Bermuda Triangle,” involving Russia, the United States and Iran. “Georgia cannot afford maintaining a distance from its big neighbors for someone [else’s] sake, especially now that Russia has become an aggressor,” said Alexander Rondeli, president of the Georgian Foundation for Strategic and International Studies in Tbilisi. “You need trade, tourism, cultural ties.”

Iran’s advantage over other economic players comes down to three points: location, location, location. Just over 300 kilometers to the south, Iran currently holds a modest share in Georgia’s import basket, but imports of Iranian goods have been increasing by the year. In 2008, they peaked at around 0.8 percent of Georgia’s total $6.3 billion worth of imports, according to government data. Iranian raw materials, furniture, home appliances, detergents, and even a few cars are increasingly found for sale in Georgia.

Historical ties also play a role. Beginning in the 4th century, Georgia was, for several stretches of time, either entirely or partly under Persia’s control. A request for Russian protection from Persia’s invasions led to Georgia’s incorporation into the Russian Empire in 1801.

The cultural connection is still evident. Farsi words litter modern Georgian and much ancient Persian literature has been translated into Georgian, said Giorgi Lobzhanidze, associate professor of Oriental Studies at Tbilisi State University. Aside from influences on Georgian poetry, literature and architecture, “Iranian influences can be traced to some cultural habits, such as the excessively courteous welcoming of guests,” he said.

There are signs, though, that Iran’s interests in a revitalized relationship with Tbilisi go beyond trade or cultural exchanges. Tehran has become increasingly eager recently to expand its regional clout, as well as search for new trade connections at a time when the United Nations is mulling the tightening of economic sanctions.

Tehran’s diplomatic activity in the Caucasus is by no means limited to Georgia. Iran earlier cancelled visa requirements with Azerbaijan, and has been involved in key energy security projects in Armenia, and wants to create a railway link with both countries. Iranian officials have also offered to help mediate the 22-year-old dispute between Azerbaijan and Armenia over Nagorno-Karabakh.

Now that Washington’s relations with Tbilisi have turned from affectionate to pragmatic, and Russia’s from bad to ugly, Iranian officials may see an opening to expand Tehran’s influence in Georgia. Speaking to Georgian journalists on May 21, Iranian Ambassador Majid Saber recalled Iran’s willingness to supply gas to Georgia after two Russian pipelines exploded in 2006. “No US help was there when you needed it most,” Ambassador Saber said, the Civil.ge news website reported. “Real friendship is demonstrated in hard times.”

Georgian analysts like Rondeli expect Washington to grudgingly go along with the emergence of strengthened Tehran-Tbilisi ties. “Washington may not be ecstatic about Iran, but, on the pragmatic level, the Americans know that Georgia needs to have good relations with its neighbors,” Rondeli said. “Iran is right here and you cannot ignore geography.”

Giorgi Lomsadze is a freelance journalist based in Tbilisi. Molly Corso provided additional reporting for this story.