As Baku steps up its threats, is Yerevan willing to make heavy concessions under the barrel of a gun? 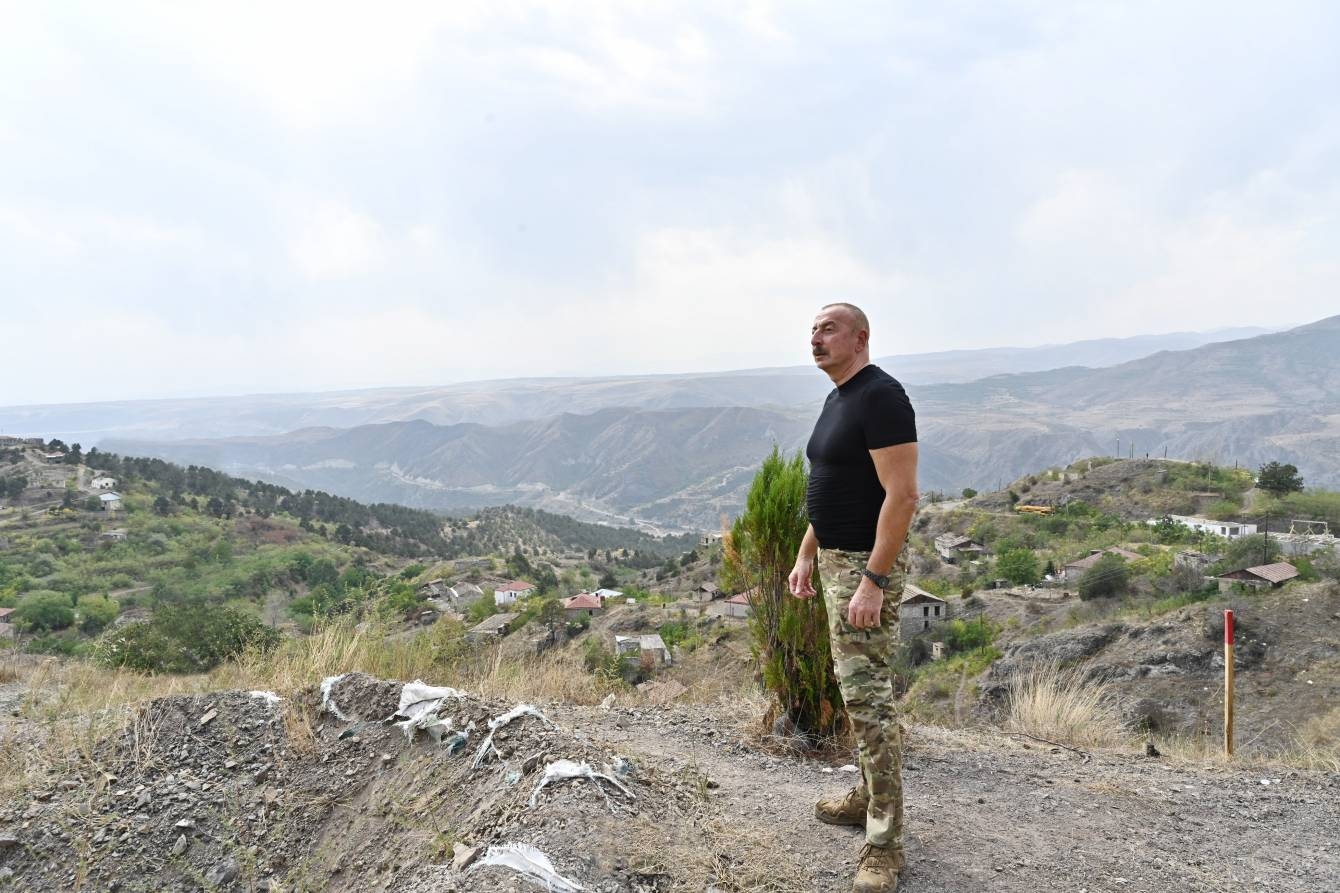 Tension between Armenia and Azerbaijan has continued to mount, as foreign embassies in Yerevan have warned their citizens against going near the border and Azerbaijani officials are issuing renewed threats.

The rising tension comes just as the two sides are engaged in negotiations, brokered separately by Russia and the European Union, to reach a final resolution to their decades-long conflict. Baku appears to be using the threat of a further offensive – following wide-scale attacks two weeks ago – to force Yerevan to make as many concessions as possible, analysts say.

“Now we have a small window of opportunity, not longer than a month,” said one Baku-based political commentator, speaking on condition of anonymity. “Baku will probably pressure Yerevan to sign a piece of paper or a peace deal, I am pretty sure that the timeline for a peace deal is very narrow for Armenia. That’s why a new big escalation can not be excluded. But a full-fledged war like 2020 – that is hard to say,” the commentator told Eurasianet.

In the last several days a number of Western embassies in Yerevan have issued renewed warnings about visiting areas near the Azerbaijani border. “It is not recommended to travel to the south of the country (provinces of Syunik, Vayots Dzor, southern Gegharkunik) and strongly not recommended to travel to the areas of Armenia bordering Azerbaijan,” the French embassy said in a September 20 advisory.

The American embassy issued a similar warning on September 23, forbidding embassy employees and their families from traveling to those areas and additional ones, including the village of Yeraskh and the main road connecting Yerevan to Tbilisi through the Tavush region. While those embassies and others had issued similar warnings following the offensive that began September 13, the fact that they reissued them further alarmed Armenians; the war between the two sides in 2020 also was preceded by embassy travel warnings.

Meanwhile, Azerbaijani officials have continued to issue threats to Armenia about the possibility of further escalation.

President Ilham Aliyev visited the city of Lachin on September 21 – over which Azerbaijani forces had just retaken control less than a month earlier, following an Armenian and Russian withdrawal – and reiterated a long list of grievances against Armenia. He accused Yerevan of dragging its feet on the implementation of the ceasefire agreement that ended the 2020 war, and also repeated accusations that Armenia had started the fighting of September 12, a claim for which Baku has not offered any evidence.

“In other words, the war against us continues, and our people are dying,” Aliyev said. “Can we allow this to happen? We can never allow that to happen. We have repeatedly warned Armenia to stop these dirty deeds, or it will regret it. … if the enemy commits provocations against us, we will give it a fitting rebuff.”

Minister of Defense Zakir Hasanov echoed those threats in a September 24 meeting of senior defense officials in Baku. “The Minister emphasized that the Supreme Commander-in-Chief [Aliyev] highly appreciated the decisive retaliatory measures taken by the Azerbaijan Army to suppress a large-scale provocation committed by the Armenian armed forces on September 12-14, 2022,” the ministry said in a statement. “The Minister gave specific instructions to increase the military personnel’s vigilance and to immediately and decisively suppress any possible provocation of the Armenian armed forces.”

It has raised the specter that the September 12 fighting – an unprecedented attack on targets inside Armenia’s border – may set the stage for a larger escalation.

All this comes as the two sides have been working on a peace agreement to comprehensively resolve the conflict. Russia and the European Union have both been drafting treaties that would address the many remaining issues between the two sides, including the delineation and demarcation of the border, the nature of transportation routes between the two states, and the future status of Karabakh, the ethnic Armenian-populated territory in Azerbaijan.

Armenian Prime Minister Nikol Pashinyan has already repeatedly signaled his willingness to cede Karabakh to Azerbaijan – the foundational issue of the conflict – and following the recent attack he made his most explicit statement yet in that regard.

On the other issues, it appears that Azerbaijan is taking advantage of a moment of relative strength (along with a crisis in Russia, Armenia’s security guarantor), to press for every tactical advantage it can gain.

Those include the nature of new transportation links between Azerbaijan’s exclave of Nakhchivan and the mainland – Azerbaijan wants a “corridor” with no Armenian control, which Armenia rejects – and whether it corresponds to the legal status of a road connecting Armenia with Karabakh.

Following the recent fighting, it has emerged that Azerbaijan may be putting forward new demands on the delineation of the border. One issue that the two sides will have to deal with is the fate of several small Soviet-vestige exclaves. These amount to seven territories that were part of Soviet Azerbaijan that are now controlled by Armenia, and one territory that was part of Soviet Armenia but is now controlled by Azerbaijan.

If Baku agrees to relinquish its claims over the exclaves Armenia now controls, and Armenia reciprocates, that would amount to Azerbaijan ceding control of about 59 square kilometers more than Armenia would “lose” from the trade. Baku appears to be angling to make up that 59 square kilometers elsewhere, including in the territory it took in a 2021 incursion around Sev Lich and then in the recent offensive, near the city of Jermuk, the Baku-based commentator said. According to Armenian officials, Azerbaijan took about 40 square kilometers in 2021 and 10 in the most recent incursion.

There have been public hints of the new conditions as well. “Even with the latest clashes at the border, the area which Armenia occupies [is] larger than [that that under] alleged Azerbaijan control,” Farid Shafiyev, the head of the Azerbaijan government-run think tank Center of Analysis of International Relations, wrote on Twitter, pointing to the disbalance in the exclaves.

In his speech in Lachin, Aliyev also alluded to more fluidity around the international border than Azerbaijan has in the past. “In the absence of border delimitation, no one can claim where the border passes,” he said. That ambiguity was little in evidence shortly after the 2020 war, when Azerbaijan quickly moved to set up new border posts, flags, and road signs based precisely on Soviet maps marking the boundaries between the two republics.

That approach may backfire in Yerevan. A peace treaty would have to be ratified by Armenia’s parliament. And even though Pashinyan commands a large, loyal majority, members of parliament will be under intense public pressure to reject a deal that gives up Karabakh, said analyst Benyamin Poghosyan. “Too many people will go to the streets to protest against ratification, and MPs will think about their future,” Poghosyan told Eurasianet. “I don’t see how this can happen.”

Poghosyan said Pashinyan is more likely to take the chances of a renewed attack from Azerbaijan, and rely on international diplomatic pressure to stop Baku. On September 26, Pashinyan was in Paris to meet French President Emanuel Macron, while the Secretary of Armenia’s Security Council, Armen Grigoryan, was in Washington to meet American officials.