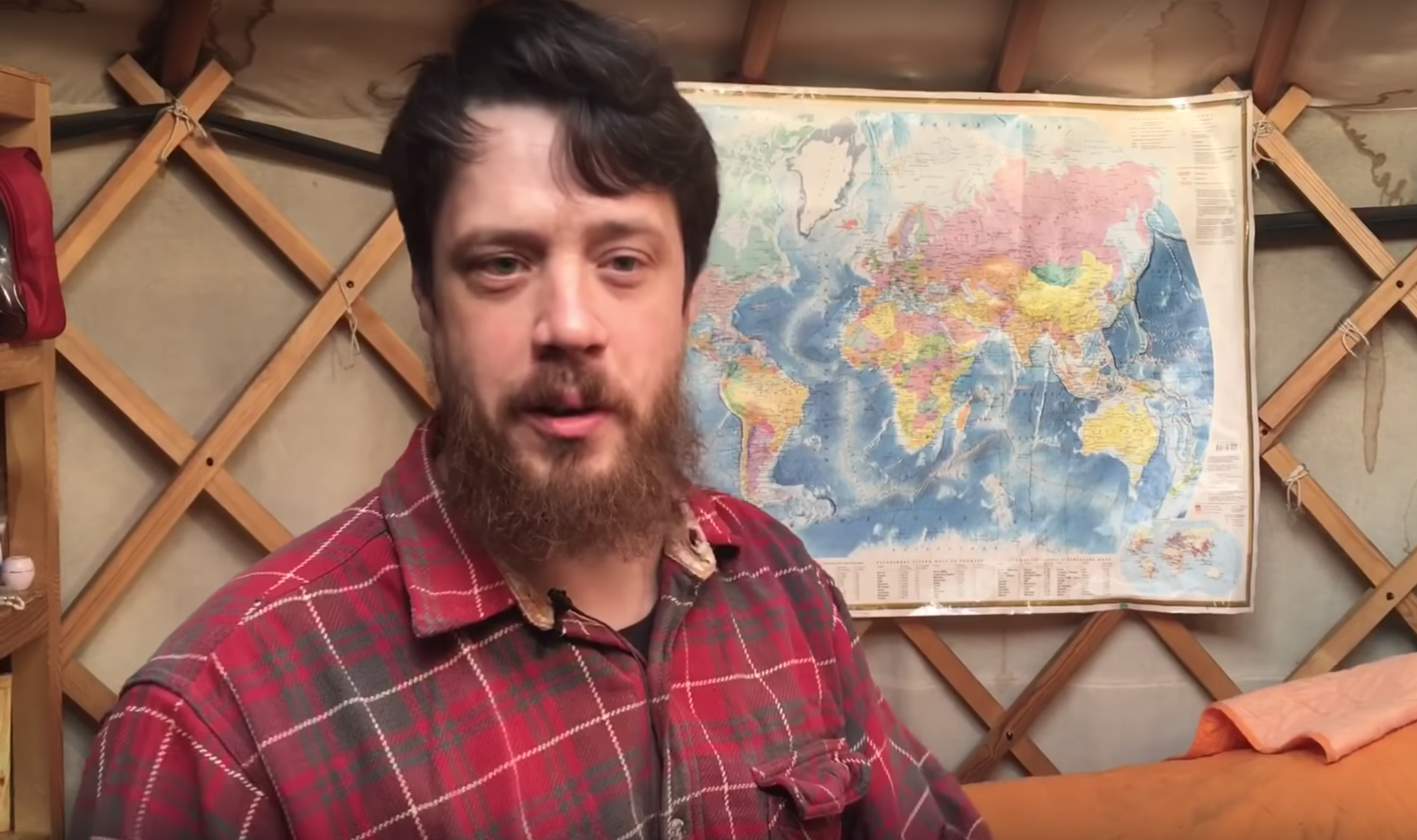 YouTube star Justus Walker shares his views on farming, fatherhood and faith to his Russian audience.

A Siberian valley far from an internet hookup is home to an unlikely online celebrity: an American who broadcasts – in fluent Russian – his views on farming, fatherhood and faith.

With an infectious, barrel-chested laugh, Justus Walker has attracted almost 90,000 YouTube subscribers over the last few years. At one point along the way he became the unwitting face of the Russian government’s import substitution campaign to fight Western sanctions.

Walker’s videos today center on his “dream farm,” which he is building five kilometers from the nearest village in the Altai Mountains. The closest town, Byisk, is about 150 kilometers away. There is no mobile connection – just lush mountains in every direction. Internet is available only by satellite.

With his wife and three children, Walker moved to the remote valley in late 2016. When they arrived on the eve of the Siberian winter, his farm was an empty field. They wintered in yurts and in spring began to build the business. Walker filmed every step for his YouTube channel.

He had a plan: to build a small, family-run farm with 60 goats and 100 sheep. Now the launch is close. Walker expects the farm to begin selling cheese, meat and wool this spring or summer.

This type of small, family farm was, Walker says, common in Europe and the United States until the 1960s, when corporations began consolidating the industry. But Russia offers what he calls the perfect conditions. Walker uses his video blog to argue that Russians – 74 percent of whom live in cities and towns – should return to the land.

“There are two points of view on agriculture in Russia. The first: It’s a job for losers. The second is to romanticize it. Both have nothing to do with reality,” Walker explains.

Walker was born in Kansas in 1982 to a family of evangelical Christians. When he was 11, his family moved to Krasnoyarsk Krai, in Siberia, to spread the gospel and open churches.

After nine years, his parents returned to the States. Walker, however, decided to stay and continue ministering. “It is better than being another average American,” he says.

While he was running a sawmill and teaching English in Krasnoyarsk Krai, he met an American and they married. Together they started a farm nearby.

In 2014, Russia seized Crimea. Its isolation grew. To hit back at Western sanctions, Moscow banned the import of many European and American food products, including, perhaps most noticeably to Russia’s urban middle class, cheese.

As patriotic fervor rose, and President Vladimir Putin called on Russians to begin producing their own cheese and other goods, producers from state television found Walker and used him to explain this idea of import substitution.

The clip ended with Walker saying, "because there won't be any Italian cheese!" and cackling his now-famous laugh. The video became viral and Walker became a meme. Some called him the Jolly Milkman.

Walker says his words were taken out of context, that he supports competition. Besides, he adds, imports are not Russian farmers’ chief problem.

"For so many years, I’ve been lecturing about financial planning, farming, family education and so on. But I became well-known for such trash!" Walker says of the episode.

But the experience gave him the idea to develop his video blog, which at the time had only 500 followers. His most popular post is about making a compost heap. With this new notoriety, he began talking more about his personal views, clocking hundreds of thousands of views in the process.

In 2016, afflicted with asthma, he and his family sold their farm and moved to Altai. His chronicle continued to attract interest, including from volunteers who travel to Altai to work on the farm in exchange for room and board.

The lifestyle is not for everyone. In his videos, Walker discourages fans from rushing to sell their homes. “I don’t want people from cities who’ve never held anything heavier than an iPhone to be inspired by my example and ruin their lives,” he says.

Roman Peichev is one city dweller looking for a change. When Peichev lost his job in Barnaul, six-plus hours away, he moved out to Walker’s farm. They have discussed opening an herbal tea business together.

“Why he so popular in Russia? Because he is an American. Because he has charisma and a vivid mind. He is a versatile personality, erudite, ready to discuss any topic and never give up,” Peichev says.

Fans often write in the comments under Walker’s videos that he is more Russian than the Russians.

“He is a good guy, not afraid of hardship. He shows that anything is possible; the main thing is that one is not lazy,” Pavel Korchagin, an Orthodox priest from the Altai region who regularly views Walker’s videos, told Eurasianet.

Walker does not collect advertising revenues on YouTube, but monetizes the blog with crowdfunding campaigns for specific projects: fixing his car, buying a Chinese tractor.

Although the dairy farm is not yet earning money, Walker has started selling honey, herbal tea, yarn, T-shirts and souvenirs through his online shop.

Contrasting Russia and the U.S.

Walker does not plan to return to the States. He cites economic reasons: In Russia, he expects to begin turning a profit in five or six years; in the U.S. he estimates it would take decades. Land is cheap in Russia. “It is a paradise for producers,” he exclaims. “When I tell this to American farmers, first they don’t believe me, then they cry.”

He misses the strong sense of self-organization Americans have, and the rich social life. But he speaks of Russians and Russian culture with affection, especially the comradery and spiritualism he attributes to a history of tough times.

Hence the tradition of Russian hospitality: A host will give his guest everything, Walker says, paraphrasing: “’I must give it because he may be even more hungry than I am.’ But the guest should refuse at least five times. It’s like a dance. All this is because the Russians experienced so much wild hunger, a kind that Americans have never seen.”

Ivan Kuzmin is a correspondent for Altapress in Barnaul, Russia. Sign up for Eurasianet's free weekly newsletter.