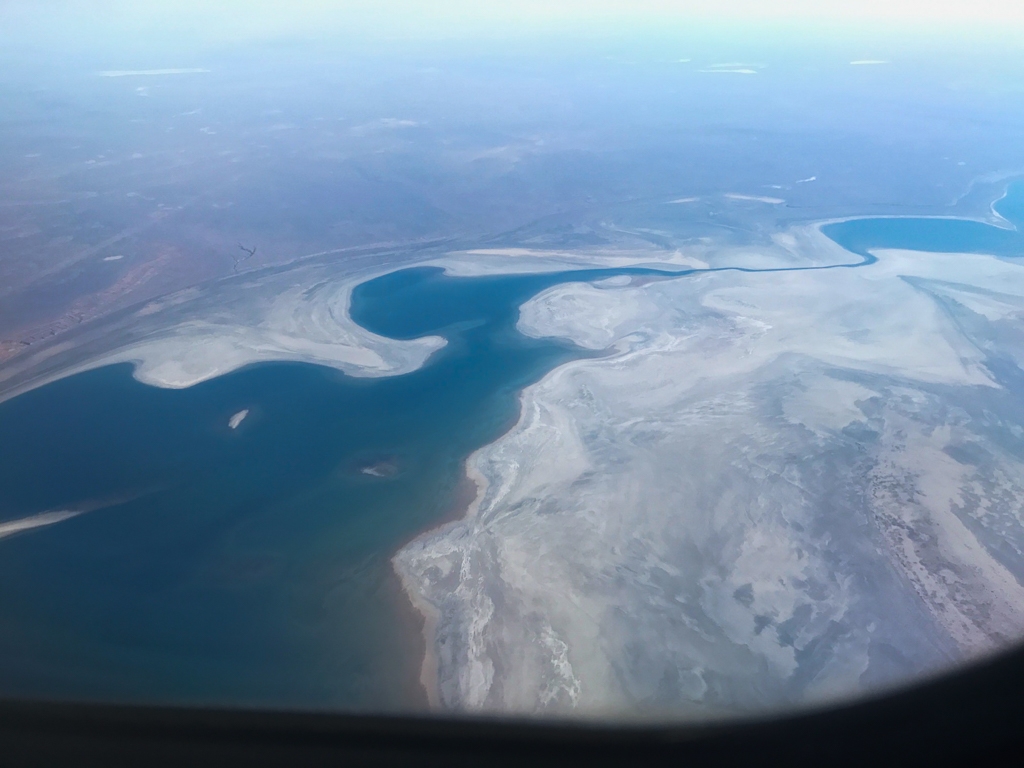 The small channel at the right-center of the photo suggests that water now flows between the two parts of the southern Aral. (all photos by Justin Burke) 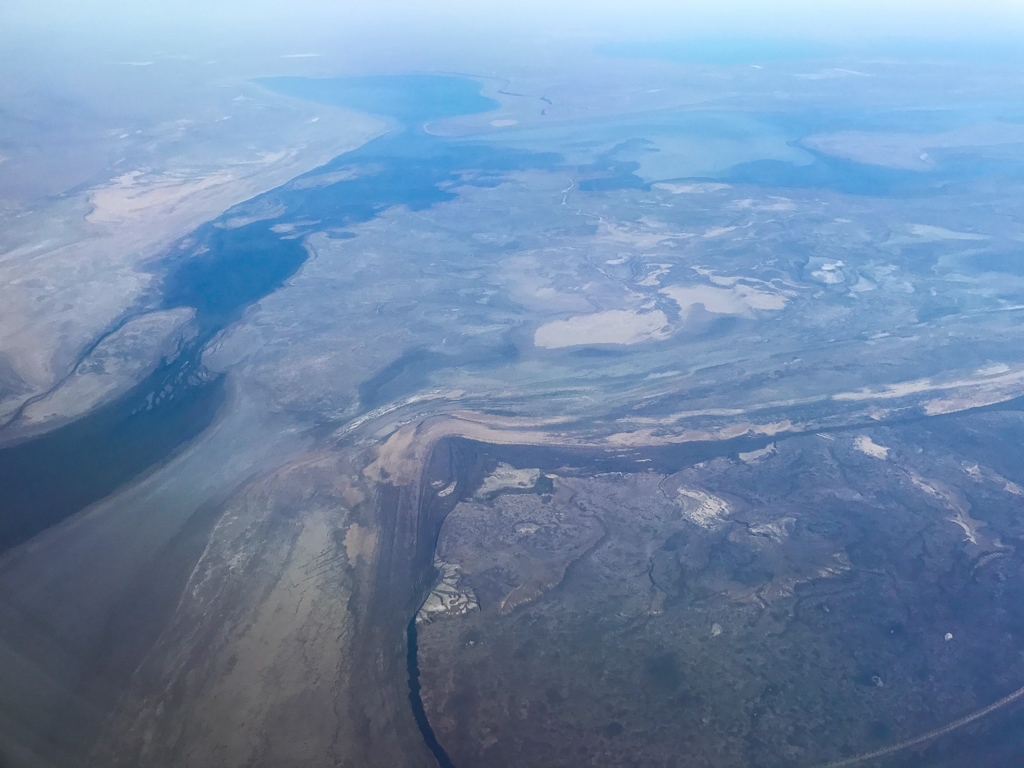 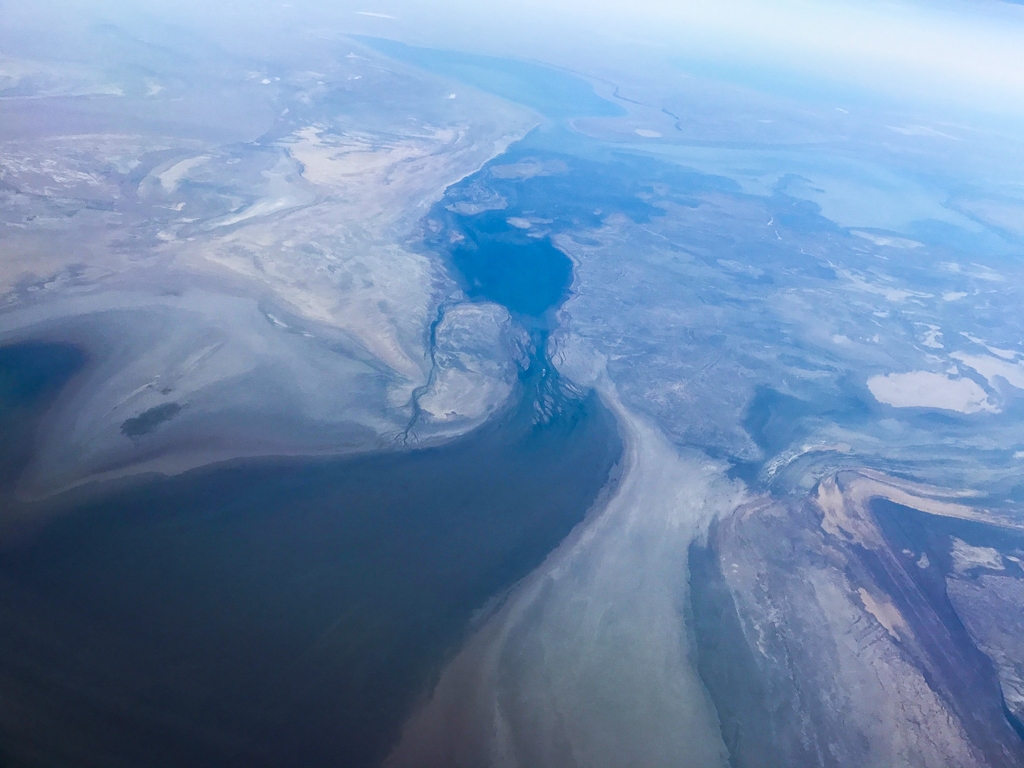 The disappearance of the Aral Sea ranks as one of the worst man-made environmental disasters of the 20th century. These grainy photos, taken from 35,000 feet during a flyover of the region on August 17, seem to confirm that the sea is beyond repair. Yet they also raise hope that a small portion of the waters in the north can endure.

Just a little more than a half century ago, the Aral was one of the largest lakes in the world with a total area of about 68,000 square kilometers. But moves by Soviet planners to expand cotton production in Central Asia had the unintended consequence of causing the Aral to start shrinking at an alarming rate. Today, the area covered by water is roughly one-tenth the lake’s former size. Once a contiguous body of water, the Aral is now fragmented into four separate parts.

Recent stories about the sea offer a glimmer of hope for the northern sector of the sea, which is surrounded by western Kazakhstan’s Kyzlorda Region. A dam constructed in 2005 has played a key role in enabling the northern sector’s comeback. Over the past decade-plus, the salinity of the water has dropped and fish stocks have started a modest recovery.

Although the on-the-ground news may inspire cautious optimism, from the air the Aral is still a shocking sight. Looking at a map, the northern sea surrounds a large spit of land called the Barsa-Kelmes Nature Reserve. In full view, the reserve’s terrain seems like a moonscape, and one is hard-pressed to imagine any flower or animal thriving there. A Wikipedia entry offers this nugget of advice for would-be visitors: “Because of the native salt deposits, visitors are recommended to close their eyes during dust storms and strong winds.”

At the same time, when one compares satellite images to these photos, it seems that the northern sea is stable.

Justin Burke is the Managing Editor of EurasiaNet.org.