Rodney Dixon, lawyer for victims of Chinese repression in Xinjiang, speaks with Eurasianet about seeking justice at the International Criminal Court and how Central Asian countries are vulnerable. 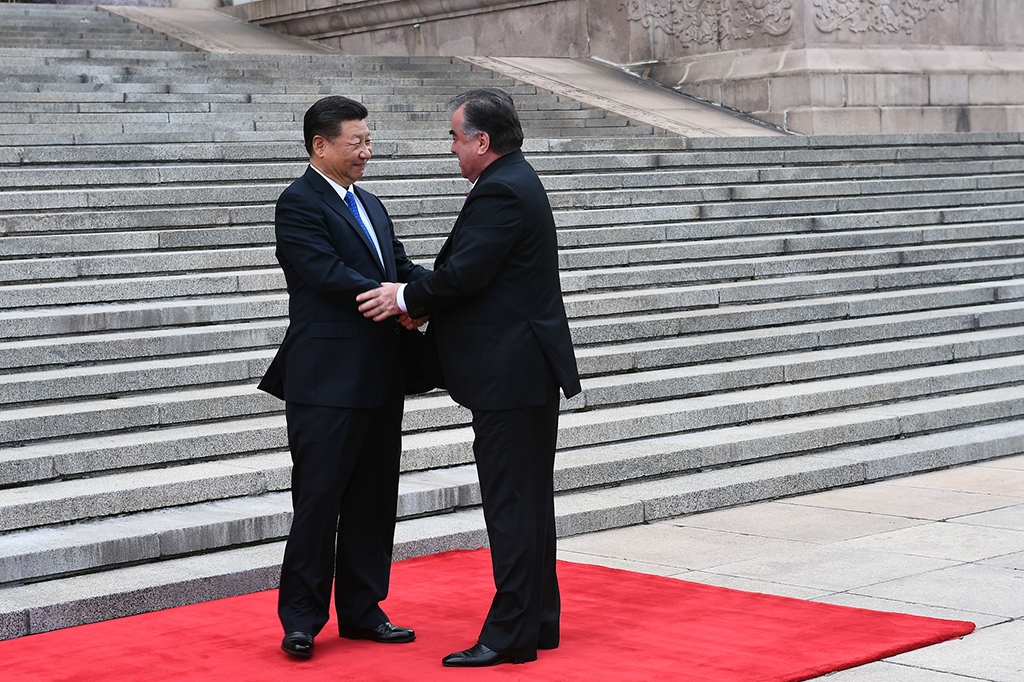 As evidence leaks out about Chinese atrocities against Uyghurs and other Muslims in Xinjiang, international legal experts are weighing how to hold Beijing accountable.

China dismisses all claims – of disappearances, forced sterilizations, executions, a million people detained – as fabrications by a West jealous of its economic power. As China’s position hardens and relations grow frostier, accountability seems unlikely. Beijing is reportedly trying to block the release of a report by the UN’s rights chief.

Now, lawyers assembling a case against China of crimes against humanity before the International Criminal Court in The Hague are testing recent precedent in a way that could draw in Central Asian states.

China has not signed the UN treaty governing the court, known as the Rome Statute, so the ICC’s independent prosecutors do not have jurisdiction there. But because several Central Asian nations appear to have helped China by deporting people who then disappeared into the prison camps, these nations could be considered accessories to China’s crimes. And one, Tajikistan, has signed and ratified the ICC treaty, giving prosecutors jurisdiction.

How much trouble this might cause Tajik officials may depend on whether Dushanbe chooses to cooperate with investigators or throw its lot in with China. Tajikistan is already a human rights pariah; it is also deeply in debt to China, its largest creditor.

Rodney Dixon QC, a lawyer working on behalf of Uyghur exiles, is basing his argument on precedent established by the ICC in the late 2010s and related to the treatment of Rohingya people who fled Myanmar for Bangladesh, a party to the Rome Statute.

Dixon’s team has collected evidence from Tajikistan, Kyrgyzstan and Uzbekistan. The recent leak of the Xinjiang Police Files – a cache of incriminating documents obtained in a hack of Chinese government databases – also helps the case, as does testimony from Ovalbek Turdakun, a Chinese-born ethnic Kyrgyz man who recently fled Kyrgyzstan, where he faced deportation to China.

Eurasianet spoke with Dixon by phone. This transcript has been edited for clarity.

Eurasianet: ICC prosecutors have previously declined to investigate the Xinjiang abuses because Beijing is not party to the Rome Statute. You have recently submitted new evidence. Can you tell me what the prosecutors say now?

Rodney Dixon: When we first submitted evidence to the ICC Prosecutor, we hadn’t been able to get on the ground and collect enough evidence. So when the prosecution first looked at this in 2020 it didn’t have all the evidence and it said there wasn’t sufficient evidence in relation to jurisdiction. We told them then that we were gathering the evidence and would submit it soon for consideration. And they confirmed that we should send it so that the prosecution could consider it and decide about opening an investigation. So the process has been ongoing. We submitted the first batch of evidence in June 2021. Since then we have submitted two further batches: one in November 2021 and then one in June 2022.

Now the Prosecutor is considering all the evidence we presented in these three tranches to determine whether it is sufficient to open an investigation.

EN: Does the prosecutor have to reply by a certain date?

RD: No there is no deadline in the rules or in the practices, but obviously the Prosecutor will look at it within a reasonable time and come back, maybe with further questions as they can do, and then decide from there whether they are going to open an investigation.

EN: What are the precedents you are citing?

RD: The Myanmar-Bangladesh case is the key one we are relying upon. There, the Judges of the Court found that when an essential element of a crime occurs in ICC territory, then the Court has jurisdiction over the whole crime. So in that case where persons were deported from Myanmar (a non-ICC State Party) into Bangladesh, which is signed up to the ICC, the Court held that it has jurisdiction. We are relying upon that precedent in our case.

EN: Could you walk us through how Tajikistan appears in your argument?

RD: So Tajikistan is an ICC State Party, which gives the Court jurisdiction. The evidence shows that Chinese officials and operatives are coming onto Tajikistan territory, which is ICC territory, and targeting, arresting and deporting Uyghurs back into China.

Our focus, however, our priority is the role that China and its officials are playing in targeting Uyghurs abroad, especially on ICC territory. We are asking the prosecution team to investigate Chinese officials. We must also be aware of what is happening in those countries, what Tajik and Kyrgyzstan officials are doing as well. But the focus is on Chinese officials given what happens in China when Uyghurs are brought back: they go to camps, they’re never heard from again and we have no contact with them.

EN: Could Central Asian officials potentially be prosecuted at the ICC?

RD: Our focus has been on what Chinese officials are doing, because we are following the crime through into China and what happens there.

But what the evidence has shown, which we have highlighted, is that Tajik officials have been directed by Chinese officials to ensure that Uyghurs are identified and then deported. Those officials are playing a role. So yes, it is correct to say that all officials who participate in these crimes could be investigated and prosecuted. They’re not immune from that.

It’s not as though they are somehow left out of the process just because we have asked for the focus to be on China. They certainly could be investigated and what is vital, especially when it comes to Tajikistan – Tajikistan as an ICC State Party should assist the ICC in this investigation and should cooperate in ensuring that those who are responsible from the Chinese side are brought to justice.

We want to try to get these countries to participate and assist. At the same time, they are also vulnerable to an ICC investigation. But on behalf of our clients we’re interested in China, which is exerting considerable pressure on these countries. We are urging them to be aware of the consequences and therefore cooperate with the international community on this very serious matter.

EN: Do you know if anyone has reached out to Tajikistan for assistance in these investigations? Have you reached out?

We will also be reaching out to the Tajik authorities to seek their assistance in moving this case forward at the ICC.

EN: As evidence you have said that the population of Uyghurs living in Tajikistan has fallen from 3,000 to about 100, mostly in 2016-2018. How do you collect those numbers and other evidence from Tajikistan?

RD: We have had investigators on the ground interviewing persons and gathering evidence and calculating those numbers. Those persons’ identity is not public for security reasons. We’ve given that first-hand evidence gathered on the ground to the ICC.

EN: Are you looking at any other Central Asian countries?

RD: Yes, Kazakhstan is another one. And we have touched on that in our submissions. And also Uzbekistan, Kyrgyzstan and Afghanistan, where there are Uyghur populations. Afghanistan is also a signatory and there are some Uyghurs there. But we haven’t been able to gather sufficient information yet.

EN: And I suppose it is yet to be seen whether the new rulers in Kabul will uphold any commitments signed under previous governments?

RD: Exactly, as an ICC member state, are they going to cooperate with the ICC or not?

EN: We have been talking about the Uyghurs, but have you come across any other cases where Central Asian states have been involved in deporting other ethnic groups? Kyrgyz and Kazakhs, for example.

RD: We have focused not only on Uyghurs, but other Turkic people as well – so all persons who have been targeted in these neighboring countries to be brought back into China. People like [Ovalbek] Turdakun, who is a Kyrgyz Christian.

Our evidence so far is focused very much on those who are from China and have come to these Central Asian countries and lived there for many, many years and worked there and are now being targeted and deported back, which has happened over the last five, six, seven, eight years. That’s been the focus, and on what happens to them when they are taken back to China.