The Central Asianist Podcast: Of politics and patronage in Kyrgyzstan

Aksana Ismailbekova's book is a close and empathetic reading of kinship and patron-client relationships in Kyrgyzstan. 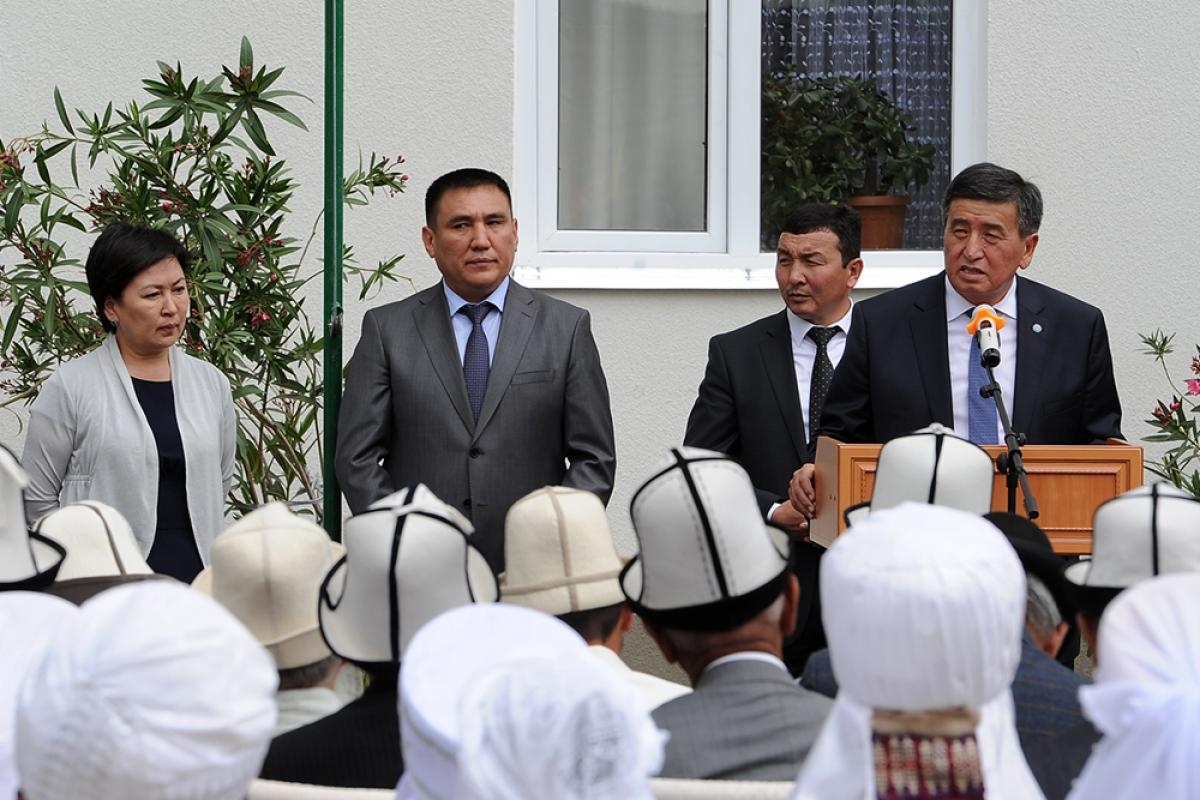 Sooronbai Jeenbekov (right), now president of Kyrgyzstan, addresses an audience at the opening of a kindergarten in Osh province on June 12, 2017. (Government of Kyrgyzstan)

In episode 25, Nate Schenkkan talks with Aksana Ismailbekova about her book Blood Ties and the Native Son: Poetics of Patronage in Kyrgyzstan, published by Indiana University Press.

Blood Ties and the Native Son is an ethnographic study of patronage, kinship relations, and political practice in Kyrgyzstan, centered on the figure of Rahim, who in the late 2000s became an important businessman and an influential figure in the Social Democratic Party of Kyrgyzstan, or SDPK, before meeting an untimely end in 2008. The book guides the reader through the networks of kinship, geographical relations, and economic clientelism as they are constructed and reconstructed in Rahim’s native village in the Chui Valley in northern Kyrgyzstan. It takes us up close to Rahim’s businesses, his political performance, and local election-day practices. With its extremely close and empathetic reading of kinship and patron-client relationships, the book provides an insightful corrective to simplified narratives of corruption and patronage in Central Asia.

Nate Schenkkan is the Project Director for Nations in Transit at Freedom House and a veteran host of The Central Asianist Podcast.