As the Russian government discourages independent thinking, student debate clubs are being squeezed. 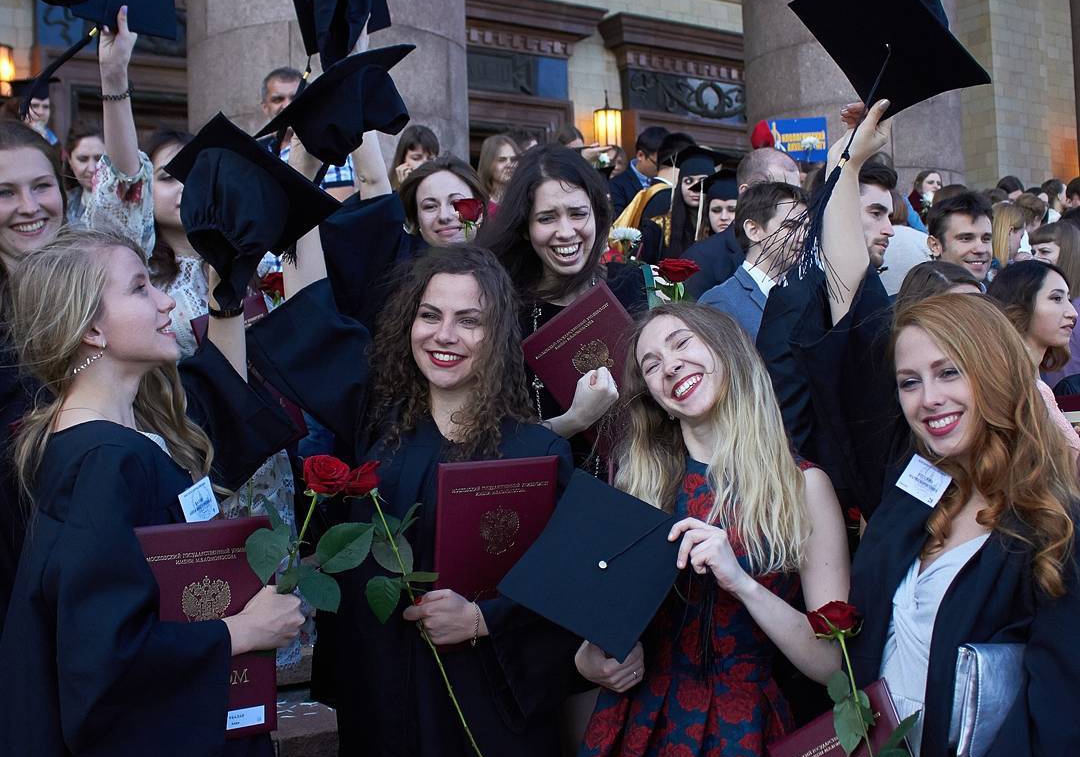 Free thinking is discouraged in many Russian classrooms as rote learning returns. (MGU)

The Kremlin’s efforts to stifle dissent and impede the free-flow of information is hampering the development of critical thinking skills among school-age Russians, threatening the country’s ability to innovate and remain competitive in global markets. The trend is evident in the decline of high school- and college-level debate clubs across the country, some educators say.

Debate clubs in Russia started up in 1993, less than two years after the Soviet Union’s collapse. They quickly flourished, first at the high school level, later at universities. The first all-Russia tournament was held in Nizhny Novgorod in 1996. That same year Russians joined the international debate circuit and “after that, it just snowballed,” said Sergei Mikhelson, an international debate training expert who helped start debate programs in Russia.

At the time, debate was viewed as promoting critical thinking and analytical reasoning, skills that were not emphasized under the Soviet curriculum, Mikhelson said. Debate participants were encouraged to think for themselves, and “to look at things from different sides,” he added. The Russian education system never funded debate education directly, but many school administrators and teachers embraced debate’s methodology during the early post-Soviet era and began adapting it as a tool to promote more robust classroom discussion.

The popularity of debate clubs began to fade soon after Vladimir Putin gained power in 2000. Putin’s government squeezed funding for debate programming with restrictions imposed on foreign donor organizations, including the Open Society Foundations run by billionaire philanthropist George Soros. In the 1990s, the bulk of the funding for launching and sustaining debate programs in Russia came from foreign donors. [Disclaimer: Eurasianet was an operating program of OSF before becoming a self-standing, non-profit news organization in 2015.]

The funding crunch caused a sharp contraction in the number of debate clubs, but student-led initiatives kept many going – something that Mikhelson described as a “great outcome.” The clubs that endured had to contend with increasing restrictions, including tacit prohibitions on certain debate topics.

The degree of intellectual freedom existing in Russia in 2014 was such that a program operating in the remote Tuva region sponsored a debate in which Russia’s forced annexation of Ukraine’s Crimean Peninsula that year was one of the topics. Such topics are no longer permissible, as the government has assiduously punished independent thinking and dissent. “Ten to 15 years ago we could debate eco-terrorism freely, but not now. There is an unofficial ban,” recounted Sergei Naumov, a St. Petersburg-based high school debate coach.

A variety of factors – including government intolerance of free expression and the strictures on public gatherings imposed by the Covid pandemic – caused a steady decline in participation, Naumov said, adding that “debating is less popular partly because the high school system is focused on the state exam process and teachers are only teaching for the exams.” Teacher salaries, promotions and bonuses are linked closely to exam performance, Naumov explained.

Education in Russia today is “less about verbal speaking and oral communication, and more about writing” in a heavily proscribed format, he said. In addition, on the high-school level, Naumov said parents also are “getting more and more conservative in regard to school curricula.”

“Parents are calling the prosecutor’s office directly – bypassing school administrators – to complain about what they believe are violations of their kids’ rights, including discussion of so-called taboo topics,” Naumov added. Among those topics are many that produce the richest debate scenarios, including reproductive rights, LGBT rights, minority rights, and the right to protest peaceably.

Mikhelson likened the current intellectual climate to that which existed during the early post-Soviet period. But, he added, retrograde forces remain strong, creating “a vector for movement even farther back” to the communist era. In June, Russia withdrew from a pan-European initiative known as the Bologna Process that strives to harmonize higher education standards across the continent.

Some university debate clubs still try to test the boundaries of the permissible. Ilya Lapatin, a university debate coach based in Voronezh, said university administrators can be relatively lenient; instead of issuing directives, some merely ask that a certain topic be off limits. Adjudicators of debate tournaments are known to disregard such requests, Lapatin added in an interview conducted via Telegram. At the same time, self-censorship is prevalent, he said.

A university coach from Russia’s debate community, who asked not to be identified, explained that participants try to hide the content of debates on topics that Russian authorities may not like. They formerly did this by either debating in English or uploading debates to the social network VK.com in a closed community. “But now VK.com cooperates with the Russian authorities […] so an alternative database of video recordings is being created in Telegram with even greater security measures,” said the coach.

One debate club member, who also asked to remain anonymous for fear of official retribution, described the debate community as a pocket of liberalism in Russia. “The majority of Russian debaters are against war as well as sexism, racism, homophobia, and other forms of xenophobia,” the club member noted.

Russia’s war in Ukraine, especially the military mobilization that prompted a sudden wave of emigration early last fall, has further contracted the debate community, said a university coach. Male university debaters have fled abroad causing the cancellation of at least one big tournament in Moscow in 2022 and further restricting opportunities for the development of analytical thinking skills. The tournament schedule for 2023 is uncertain.

One high school debate coach explained that he can tell through his students’ jokes and use of irony that they are dissatisfied with the existing system and the prevailing trends. In Russia, he said, “kids understand privately more than adults know.”

Kimberly O’Haver is a writer and human rights activist living in New York City. She writes about youth activism, disability rights, and arts and culture.