The EU’s new Central Asia strategy: What does it mean for trade? 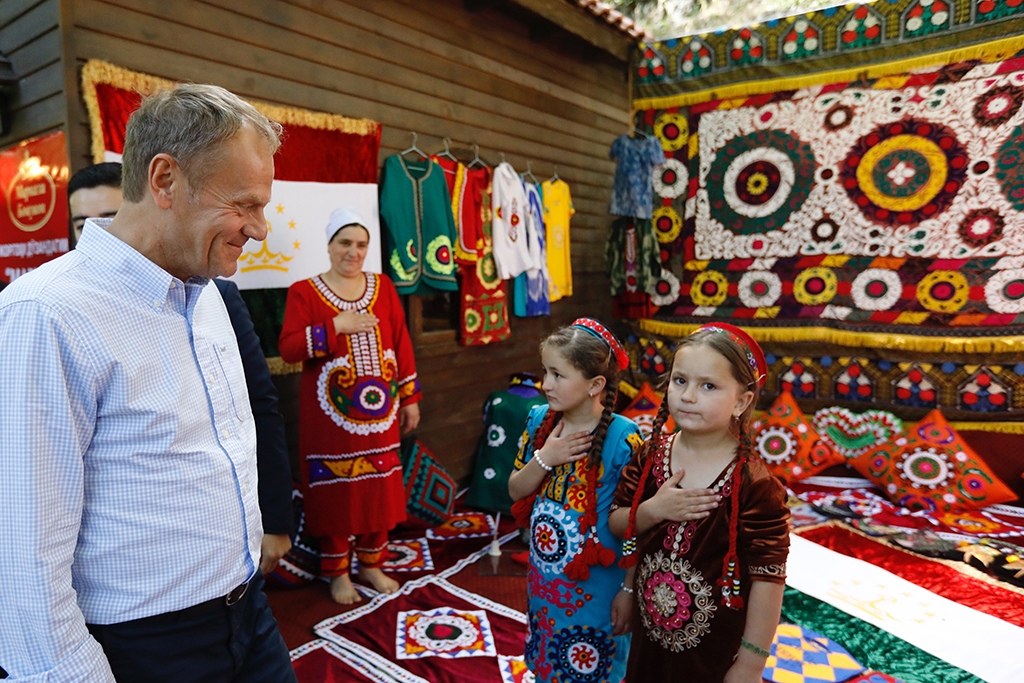 Trade between Central Asia and Europe has increased modestly since 2007, when the European Union launched its first strategy for the five post-Soviet republics. From 2007 to 2018, turnover grew from $31.5 billion to $36.5 billion, according to IMF data. 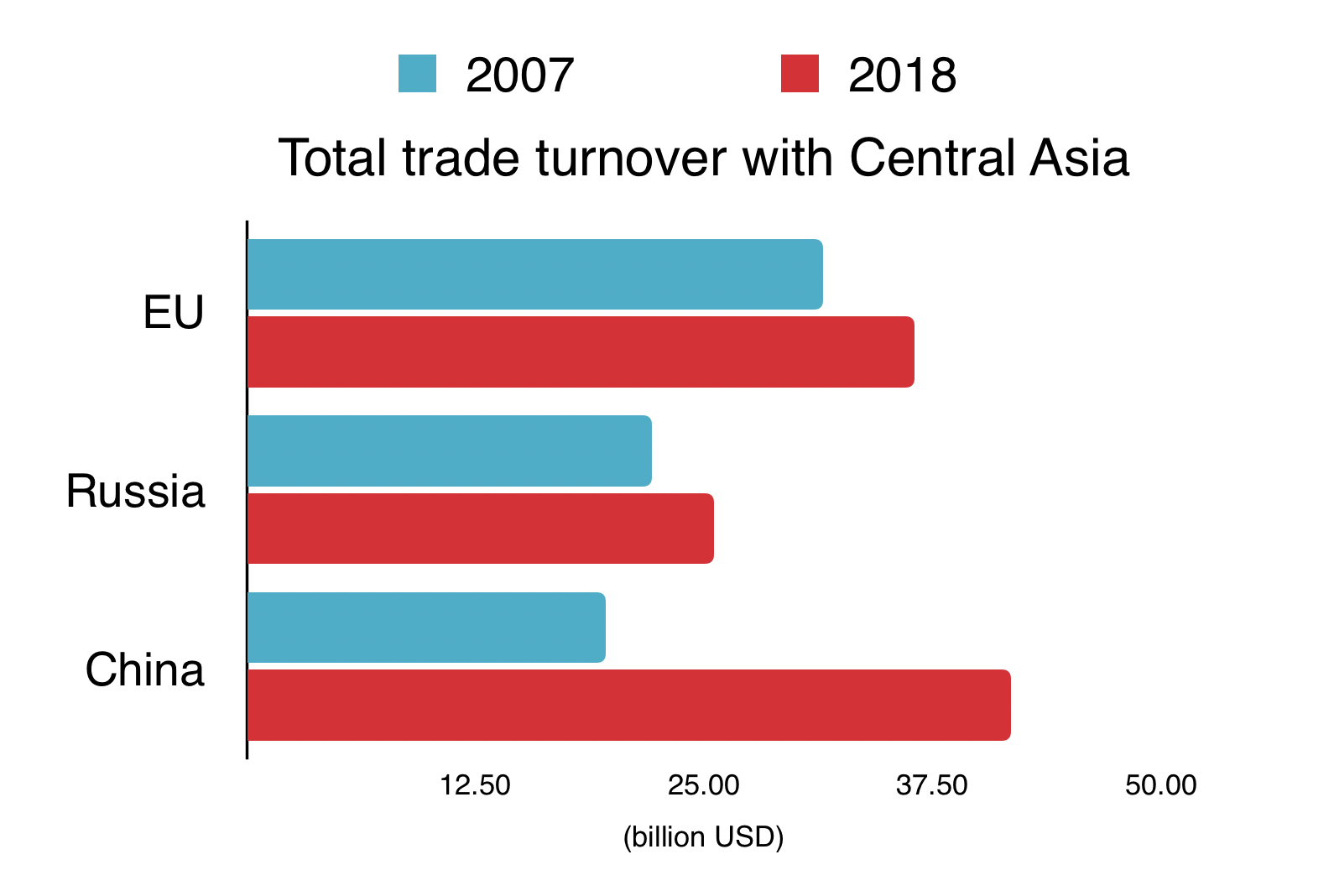 So it is striking that the EU’s new Central Asia strategy, released on May 15, is even less ambitious this time around. While China is reworking Central Asia’s landscape through massive investment in transport and energy infrastructure (the famed Belt and Road Initiative), and has eclipsed Europe to become the region’s largest trading partner, it’s almost like Brussels is throwing in the towel. 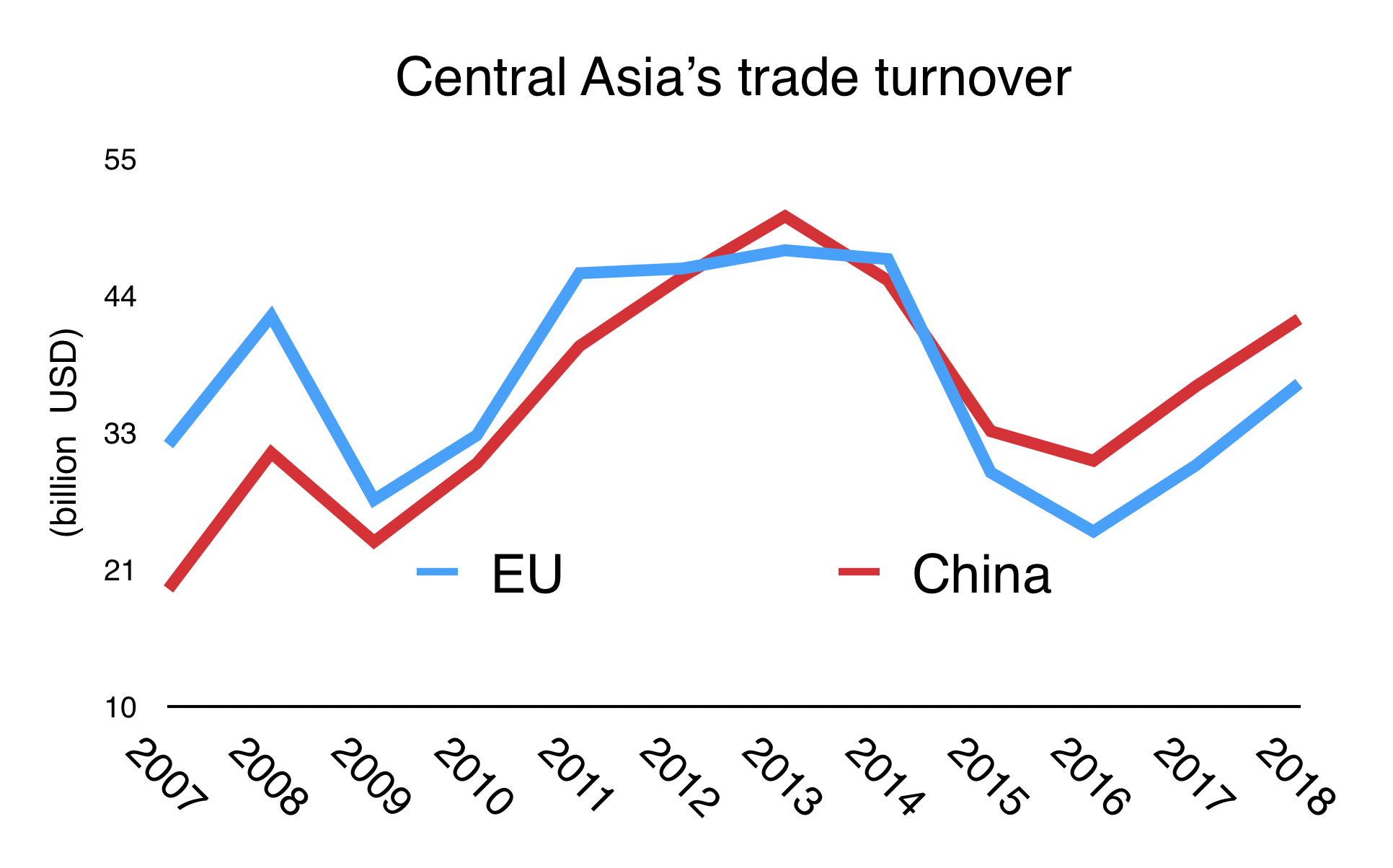 Certainly the EU – the world's largest economy – remains an important economic partner for Central Asian countries, both in terms of trade and as an investor. But when comparing the size of the EU’s economy with China’s and Russia’s, the EU’s plans for Central Asia seem timid.

This all sounds familiar. The 2007 strategy prioritized economic resilience and integration, with limited success. Although Kyrgyzstan is party to generous tariff exemptions under the GSP+ (a special incentive arrangement for certain low-and middle-income countries), this has not helped the country diversify or increase its exports to the EU; gold still comprised 75 percent of Kyrgyz exports to Europe in 2017.

As for the EU’s objective of helping Central Asian countries join the WTO – mentioned in both the old and new strategies – only Uzbekistan and Turkmenistan still lack WTO membership. Evidence the EU played a role in Kazakhstan’s or Tajikistan’s accessions (2015 and 2013, respectively) is thin. Today, Turkmenistan looks thoroughly uninterested in membership. Uzbekistan has been making solid progress recently with the appointment of a chief negotiator for WTO accession and the establishment of a new department overseeing WTO affairs within the Ministry of Investments and Foreign Trade.

One path to greater economic cooperation would be a free trade agreement. But negotiations are a nonstarter with Kazakhstan and Kyrgyzstan because they are members in the Russia-led Eurasian Economic Union. And the current state of relations between Brussels and Moscow make a breakthrough on this front unlikely.