A group of ruling party MPs claims to have gone rogue to speak the “truth” about the country’s relations with the West. 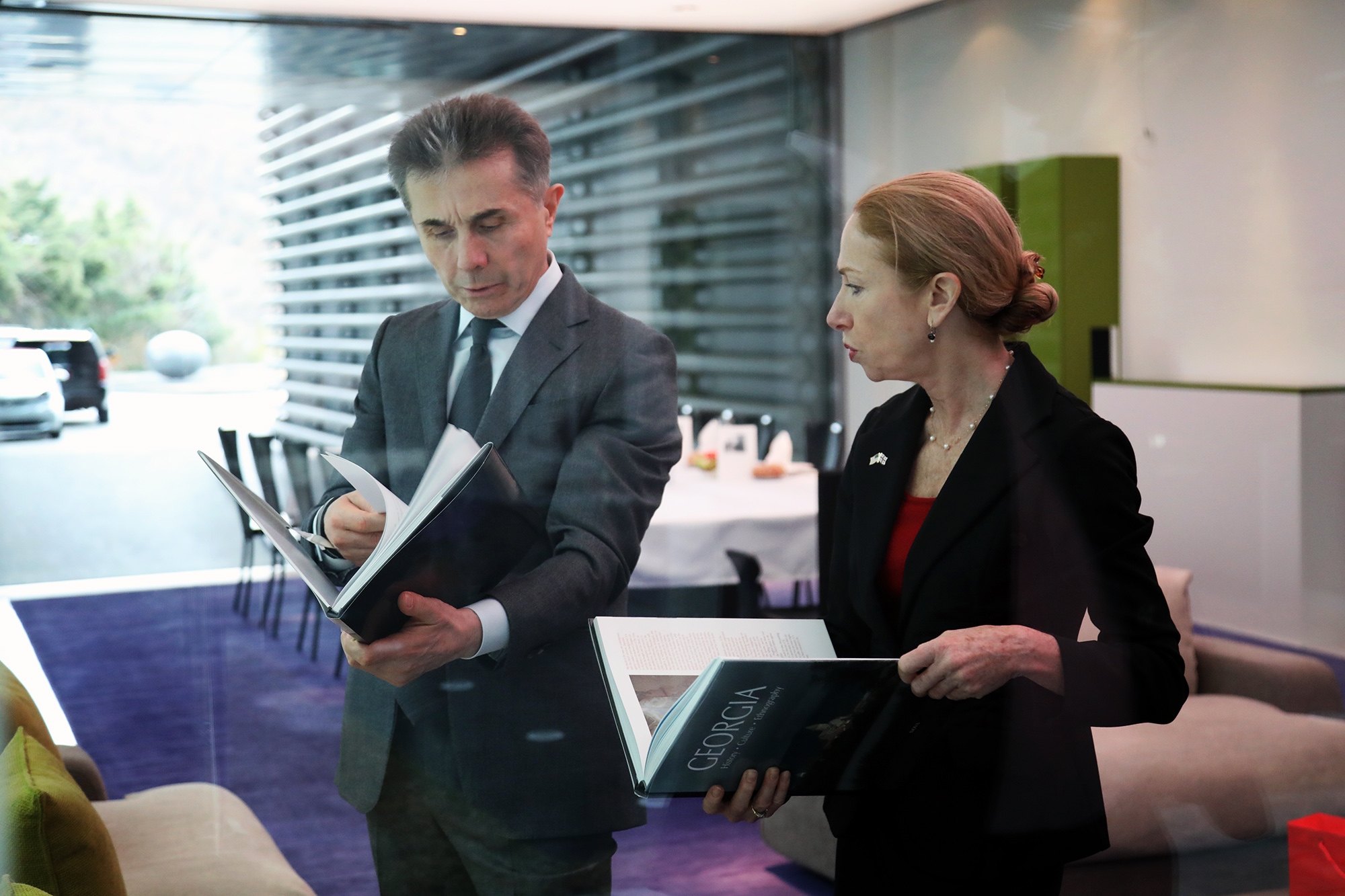 Four members of the Georgian parliament have left the ruling party and formed a movement they have called a “Popular Force,” propagating anti-Western conspiracy theories and raising questions about what instructions they are getting from the country’s leadership.

Three of the deputies formally announced their departure from the ruling Georgian Dream party in late June, and were soon followed by another MP and several other members of local councils around the country.

Since then they have issued regular missives, published on the parliament’s website, that have become notorious for their length (up to 3,000 words) and even more for their conspiratorial contents.

“Our main goal is to bring to the public the truth that is hidden behind the scenes of Georgian politics,” the four deputies – Sozar Subari, Mikheil Kavelashvili, Dimitri Khundadze, and Guram Macharashvili – said in their most recent letter, dated August 26.

The central theme of the letters has been what they claim is a concerted effort by the West to draw Georgia into the Ukraine war by opening a “second front” against Russia, and that Georgia is being punished by its government’s refusal to go along. A key secondary theme has been recent banking troubles of Georgian Dream founder Bidzina Ivanishvili, which the letter writers imply is the result of the government’s determination to keep the country out of war.

While the European Union is the target of some of the rhetoric, blamed for denying Georgia candidate status supposedly because of Tbilisi’s refusal to open a second front, the main emphasis is on the United States embassy and its ambassador in Tbilisi.

In particular, the letter-writers accuse U.S. ambassador Kelly Degnan of meeting secretly with Ivanishvili shortly after the start of the war in Ukraine and trying to “blackmail” him into taking more assertive action against Russia. Degnan initially evaded the accusations, saying she had not met Ivanishvili “in quite some time” and had never blackmailed him, but Ivanishvili then made a rare emergence in public to confirm that a meeting did take place in March. Degnan then confirmed that meeting, while reiterating that there was no blackmail attempt.

Other accusations against the U.S. embassy include its calls to implement long-standing judicial reform proposals which, Popular Force claims, are aimed at bringing in judges loyal to the political opposition. The deputies also blame the embassy for failing to disavow anti-government statements by the opposition, which they claim is controlled by the Americans.

“What can be the reason for the hysterical attempts of the [U.S.] embassy to stir up the situation in the country and artificially prompt revolutionary processes?” they asked in an August 22 letter. “This can have only one explanation – Georgia failed to follow the totally unfair order to open a second front, an order which remains in force.”

The campaign builds on earlier anti-Western narratives that had previously been openly voiced by Georgian Dream officials themselves as pessimistic signs began to emerge about the country’s prospects for EU candidacy.

“Their messages are the same. They do not look like independent people,” President Salome Zourabichvili told Georgian public television, when asked about the campaign. “It is clear they have not quit the Georgian Dream.”

“I’m not sure what this group (the quartet) represents. I’m not sure who they represent, and I’m not sure how different they are from the ruling party that they say they left,” Ambassador Degnan told reporters on August 17.

Party officials themselves deny any connection to the rogue members’ effort, while refusing to comment on the allegations they make.

“They are not the representatives of Georgian Dream and they left precisely because they wanted to open a public discussion,” ruling party chair Irakli Kobakhidze told reporters on July 25. “We are the ruling party and thus, naturally, we cannot enter such a discussion.”

Few are convinced, though, and the rise of the Front has spurred speculation about what it, and Georgian Dream, might be trying to accomplish.

It appears that they could be trying to pressure the West by threatening the possibility of a shift in geopolitical orientation, Kornely Kakachia, the head of the Tbilisi think tank Georgian Institute of Politics, told Eurasianet.

“The biggest idea behind these four guys is that they want to somehow blackmail the West, especially the United States and the European Union, to, as they say, not interfere in the internal affairs of Georgia, which means they should not interfere in the next elections,” Kakachia said.

That “interference” amounts to support for civil society and free media, in particular those with links to the political opposition, which Georgian Dream leaders fear could threaten their position ahead of the next elections, now scheduled for 2024, Kakachia suggested.

“They [Georgian Dream] are fighting for their physical survival, because according to this unwritten rule of Georgian politics, there might be a political vendetta, like they did with [Mikheil] Saakashvili and Saakashvili did with Shevardnadze,” he said, referring to two previous Georgian regimes. “They know this and so they are trying to get assurances from the West that they will stay in power and that Ivanishvili will have some kind of security guarantee.”