The Georgian Ghost of Revolutions Past Haunts the Kremlin 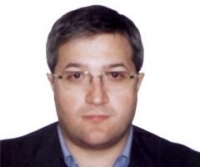 He is wanted by Russian federal investigators. He is suspected of raising “millions” of protesters in Moscow and nearly bringing down Kremlin boss Vladimir Putin. He is Givi the Georgian.

A Moscow court just issued an arrest warrant for Givi Targamadze, a 44-year-old Georgian parliamentarian, staunch supporter of Georgian President Mikheil Saakashvili and, apparently, a lone crusader against the Putin regime and a bespectacled mastermind of international conspiracy.

Russians who rallied against President Putin in 2012 claimed they wanted to end human rights abuses, the monopolization of power and rampant corruption, but Russian investigators knew that there just had to be something or someone else behind it.

After many late hours perusing evidence under a dim, desk lamp light, the investigators have found their man, the "true" source of evil. It was Givi Targamadze, who, Russian prosecutors say, secretly tutored Russian opposition leaders in the art of revolution, the craft he learned so well during Georgia’s 2003 Rose Revolution.

Along with sharing little tricks of the trade, Targamadze also allegedly slipped a big $3,000 to the dissenting Russians, telling them to go get Putin.

Some in Ukraine might nod their heads knowingly, claiming that he also tried to stop the 2010 election of Russia-friendly President Viktor Yanukovych.

But Tbilisi, much though it is attempting to smooth over past differences with Russia, has refused to hand Givi over to Moscow for prosecution.

Like Russian opposition leaders, members of Targamadze’s United National Movement party have described the Givi conspiracy theory as preposterous, but Russian police say they have compelling evidence in the form of a YouTube documentary.

Targamadze’s Russian attorney plans to appeal in Moscow the parliamentarian's in-absentia arrest. Meanwhile, the police are "organizing an international search" for Givi.

They would not have far to look. Targamadze is, as Russian investigators put it, “hiding" in Georgia, his home country. But, with Georgian TV constantly showing Givi "hiding" at plenary sessions of parliament, can Russia feel safe? When will he strike again?

One Russian politician recently declared that the meteorite that hit Russia was a secret American weapon. So far, Givi seems to have had nothing to do with that one … or did he?