The great paywall of Turkmenistan

Letters from Washington, cybersecurity cooperation with China, and negotiating with a bankrupt Taliban. This and more in our weekly briefing. 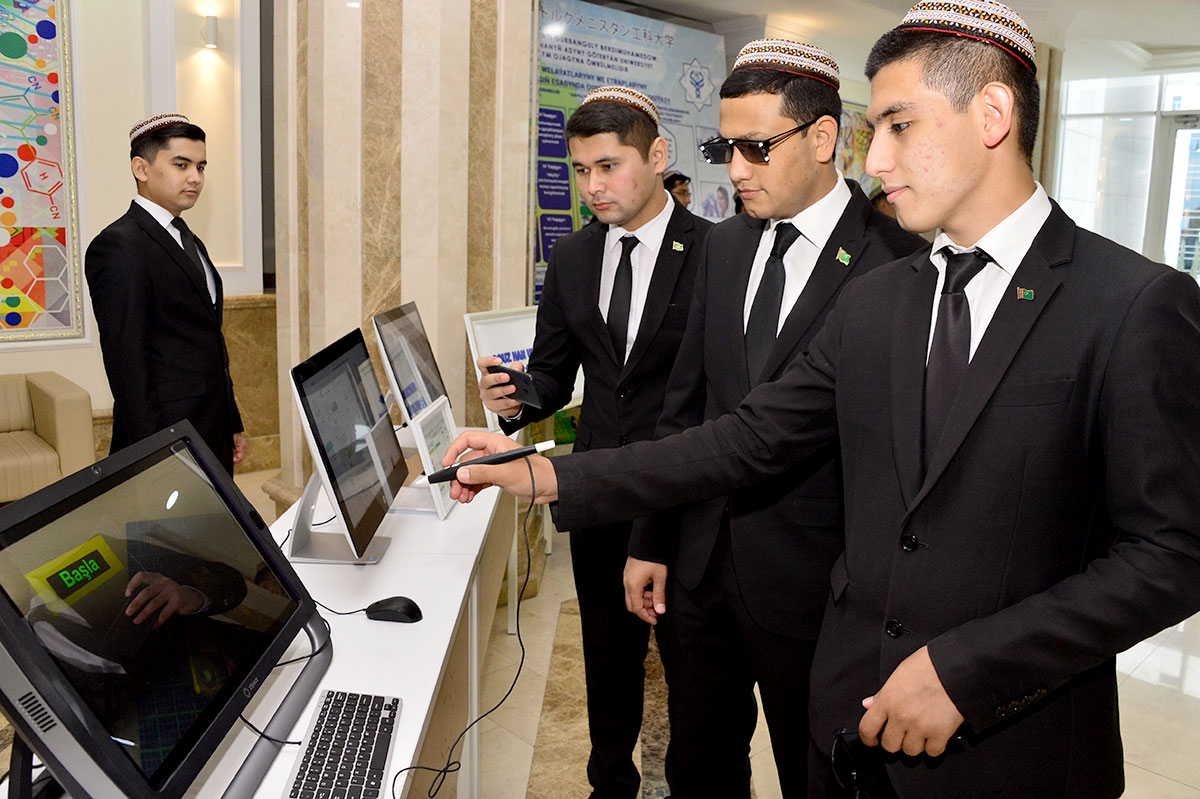 Not much fun without a VPN (state media)

Turkmenistan has been getting some good cop, bad cop treatment from the United States.

Earlier this month, President Joe Biden sent a letter to his counterpart in Ashgabat thanking him for the Turkmen government’s assistance during the precipitous U.S. pull-out from Afghanistan.

“Your timely help in expeditiously granting overflight and refueling clearances and facilitating passenger transfers to onward destinations was greatly appreciated,” Biden wrote in the letter to President Gurbanguly Berdymukhamedov, which was published on the U.S. Embassy website on November 19.

Berdymukhamedov got yet another letter from Washington around the same time. A group of prominent Democratic senators pleaded with the president to release a number of imprisoned individuals, including journalist Nurgeldi Halykov, a doctor, Khursanai Ismatullaeva, and activist Gulgeldy Annaniyazov.

There is little reason to hope this appeal will have much effect. A group of five senators had raised the case of Annaniyazov in an earlier letter back in May 2019. Citing a 2013 UN report, they noted that the activist’s arrest had been carried out in violation of international norms.

The Turkmen regime’s hounding of its critics has only worsened since that time. The last few weeks has seen several troubling episodes, in fact. Human Rights Watch on November 18 dwelled again on the case of Azat Isakov, a Turkmen activist who had lived in Russia for many years and was last month somehow spirited away to Turkmenistan. HRW cited an exiled activist as saying she had learned through her own sources that Isakov was in the custody of the security services, but nothing much beyond that is known.

“The Biden administration and the European Union, both of which hold annual human rights dialogues with the Turkmen government, should” press the government in Ashgabat to reveal Isakov’s location and release him from custody, HRW said. The likelihood of either happening is not strong.

Turkmenistan feels more comfortable talking about security than human rights, and it did quite a bit of the former this week.

On November 22, Turkmenistan and China signed an agreement on cooperation in cybersecurity. No details whatsoever were provided, so one can only hypothesize as what this cooperation will entail. A benign interpretation would be that as Turkmenistan moves to digitize its government – an agenda Berdymukhamedov brings up on a very regular basis – it will be eager for input from skilled foreign experts for help doing so in ways that keep the nation’s IT infrastructure safe from attack.

It is also plain, however, that Turkmenistan craves the level of technical censoring muscle that Beijing has so effectively flexed in stifling the free flow of information. In truth, though, Ashgabat is already making headway on this front. As Amsterdam-based Turkmen.news reported on November 22, the security services are becoming ever more adept at throttling the effectiveness of VPNs, the software that many Turkmens use to circumvent website blocks. Given how complicated doing this is, Turkmen.news’ sources speculate that Turkmenistan has already obtained sophisticated equipment and training from China.

Old-fashioned techniques are also used to combat the use of VPNs. Anybody found to be using the software can expect to be summoned for admonitory discussions with law enforcement and face fines of around 300 manat ($12.50 at the black-market rate), Turkmen.news stated.

That cybersecurity deal with China was only one part of broader bilateral consultations conducted as part of the fifth edition of the Turkmen-Chinese Cooperation Committee. The Turkmen team was led by Berdymukhamedov’s son, Serdar, who is increasingly in his capacity as deputy prime minister assuming the role of Turkmenistan’s face to the foreign world.

There was more security talk on November 17, when Nikolai Patrushev, the Secretary of Russia’s Security Council, met in Moscow with his Turkmen opposite party Charymyrat Amanov. Particular attention was paid, according to a Russian Security Council statement, to the matter of “stability in the Caspian region.” The allusion is both tantalizingly intriguing and yet wholly unexplanatory.

COVID-19 still lingers in Turkmenistan like the unacknowledged elephant in the corner. But Berdymukhamedov appears less concerned with the danger posed by the virus itself, so much as how it could be manipulated by outside parties.

Talking on November 18 via video conference to the International Forum for Northern Economic Cooperation 2021, a South Korean-devised talking shop, the president opined that it was “necessary to pursue full depoliticization of the problem of coronavirus and to put an end to the practice of exploiting it as an instrument of influence in international relations.” This is particularly perplexing coming from him seeing how little pressure anybody in the international community has put on Turkmenistan to desist from its epidemiologically hazardous policy of flat denialism. Ashgabat has not to this day confirmed registering any COVID-19 cases, and it is probably safe to assume it never will under Berdymukhamedov’s watch.

The World Health Organization has readily played along with this fiction, and the body’s Europe regional director, Hans Kluge, obligingly allowed himself to be used as propaganda fodder by attending the opening of a hospital by video conference call earlier this month and talking in complimentary tones about the reliability of Turkmen medical infrastructure.

Some bad news for penny-pinching Turkmenistan watchers: State newspapers and magazines currently available free-of-charge in pdf format on government websites will go behind a paywall from 2022. Potentially even worse, it is not clear how state media intends to accept payment. It is possible that this will have to be done in person at a local post office, which is not ideal for anybody outside the country.

Dialogue with Afghanistan continues to be in ruddy health after all these weeks of Taliban rule. Officials from the two countries gathered in the city of Herat over the weekend for a conference devoted to discussing the progress of joint infrastructure projects – namely, the trans-Afghan TAPI gas pipeline, the Turkmenistan-Afghanistan-Pakistan (TAP) high-voltage power transmission lines, fiber optic connections, and a railroad. There is only one small problem with all this ambition. No cash. The Taliban looks less shy about bringing this up than the government they deposed was.

"If you give us funds the paths will be opened for TAPI, fiber optics and the railway,” Afghanistan’s acting mines and petroleum minister Mohammad Isa was cited as saying by TOLO news agency.

The head of the Turkmen delegation mumbled something about how “a few committees [have been set up by] the two countries to work together to solve problems and for the resumption of these projects,” but nothing of any use was said about money.