The killing of Kazakhstan’s bookies

Gambling addiction has been a problem for many years in Kazakhstan, but authorities have been largely deaf to the laments of suffering relatives, until recently. 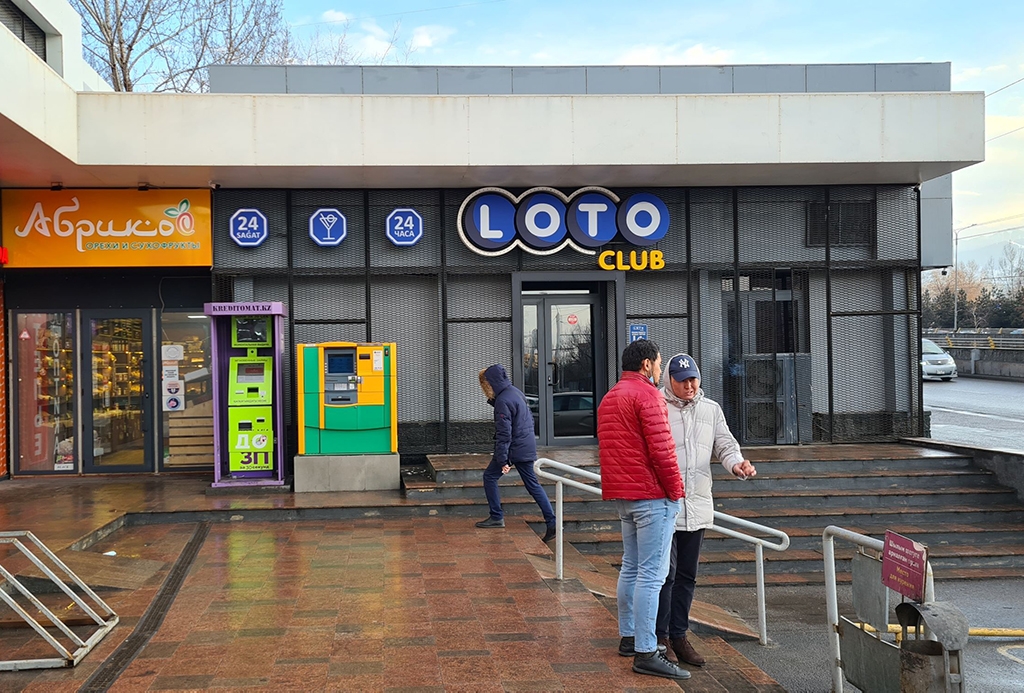 These are hard times for Kazakhstan’s gambling business. The authorities have declared war on gamblers and since January, bookmakers have been forbidden from operating anywhere but in two special zones out in the Almaty and Akmola regions.

“They all need to be dispatched to a reservation,” Nurlan Nigmatulin, the speaker of the Majilis, as the lower house of parliament is known, said in May, when lawmakers first approved these rules. “If somebody wants to gamble, let them go to a gaming zone.”

Many spouses and parents were elated by the news. Networks of bookmakers had remained open 24/7 to take the business of people betting on all kinds of sports. Gambling was also popular among teens willing and able to circumvent age restrictions.

“Finally, we will stop seeing these suspicious types lurking around our area,” said Rita Ismailova, a resident of Almaty’s microdistrict No. 3, where several bookmaker outlets were located. “I have found it terrifying to send my daughter to the supermarket in the evening because there were bookmakers along the route.”

Her neighbor, Aisha Tuleberdiyeva, who works at a local grocery store, said she discovered that her son was skipping class to gamble.

“Even though there is an age limit – 21 years – my son used his brother’s ID to place bets,” Tuleberdiyeva told Eurasianet.

Zhandos Kazbek, a client services manager at a bank, said he had the occasional flutter on sports competitions. His main “specialization,” as he called it, was tennis, which he says is a sport over which he has a good grasp.

At times, he has won amounts equivalent to half a month’s salary.

“This is probably why people get so hooked – you can quickly and easily make money that normally requires stifling work in the office,” Kazbek told Eurasianet.

Not always, though. Kazbek said that at times, when he lost money, he could not quite let it go without trying to win back his losses. To do this, he would take out loans. First from the bank, and then microfinance lenders charging high rates.

After losing that money too, he turned to loan sharks. When they started to turn up at Kazbek’s workplace, his managers discovered what was happening and fired him.

Kazbek talks about his experiences with a drug user’s jargon.

“It pains me that I got hooked on this, and now I am trying to wean myself off. However, from time to time, when I’m short of cash I fall off the wagon,” he said.

Local media is replete with such tales of woe: gambling addicts who have lost cars, homes, destroyed families and, in some cases, attempted suicide.

Dauren Doshanov, a psychotherapist at the On Clinic in Almaty, noted the irony that gaming addicts are often people who already have financial problems.

“The average profile of a gaming addict is a man between the ages of 25 and 40. Most are usually working in service industry or unemployed. It is not unusual for them to be drinkers,” Doshanov said.

But independent experts believe that prohibitions will not solve the problems of addicts.

“The government has tried to stop citizens from betting, but when the physical bookmakers disappear, gamblers switch to the internet,” Badri Shainidze, head of a public association which provides legal services to gamblers, told Eurasianet.

The coronavirus pandemic may actually have helped the businesses. When lockdown regimes came into force, gaming companies moved more of their activity online. Popular sites are filled with blaring banner ads promising quick earnings. These adverts, which are in no way restricted under Kazakh legislation, are a gateway for starter gamblers, Shainidze told Eurasianet.

Gambling addiction has been a problem for many years in Kazakhstan, but authorities have been largely deaf to the laments of suffering relatives.

Things took a turn around two years ago. In December 2019, crack officers from the National Security Committee, or KNB, burst into the Almaty office of Olimp, the largest chain of bookmakers in Kazakhstan, ordered bewildered employees to lie on the ground and carted out a group of managers in cuffs.

The KNB said that Olimp was engaged in unlicensed activity on the internet and evading taxes. Rumors circulated on online bookmaker forums that the real reason for the raid was that Olimp was unlawfully transferring money to foreign jurisdictions. The courts suspended the company’s activities for six months, after which the tax service presented it with a bill for 145 billion tenge (around $380 million at the time).

The bill suggested the government was now starting to look more seriously at gambling as a promising revenue stream. The Kazakhstan edition of Forbes has reported, citing the Culture and Sports Ministry, that bookmakers paid 16.5 billion tenge in taxes in 2019, implying an overall declared revenue of no more than 170 billion tenge. Independent experts believe the gambling sector’s real turnover may be closer to 800 billion tenge.

To drag that money out of the shadows, the authorities in January instituted a government-administered bets-registering database. All market players and clients will have to register with the database before being permitted to undertake transactions.

Industry insiders are hostile. At a press conference in Almaty on December 8, the Association of Bookmakers of Kazakhstan called the database a technically unstable system that could cause operators major financial losses.

If this situation persists, they said, gambling will just go offshore, and vast amounts of money will flow out of the country.

Another bone of contention is the fact that the database is not being administered by the government itself. This task was outsourced, in an opaque fashion, to a private company called Exirius. With that arrangement in place, there is no way of being certain the company will not favor the financial interests of some industry players over others, gambling business operators have said.

Shainidze said that pressure placed on the gambling business has brought around 80 percent of the industry to a standstill.

“The authorities, of course, have good intentions, but how will it turn out in practice?” he asked.