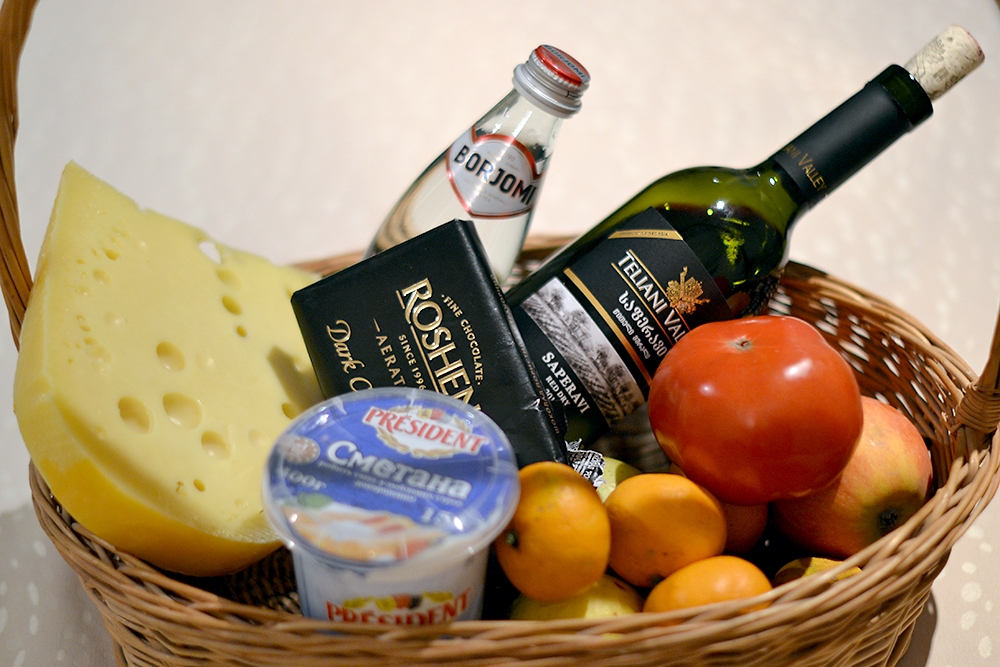 The Kremlin believes that a carrot can be used as a stick when it comes to advancing its geopolitical agenda.

Imposing import bans on foreign food and drink – most recently a prohibition of Turkish fruits and vegetables – has become a go-to move in Russia’s foreign policy playbook. In recent years, Russia has barred a wide variety of products from a broad array of neighboring states – everything from Polish apples, Georgian wine and Moldovan fruit to Lithuanian dairy and Ukrainian candy – in an attempt to coerce former Soviet states into following the Kremlin’s lead. But a look at Moscow’s various food fights calls into question whether such embargoes are an effective way for Russia to advance its foreign policy goals.

It looks like New Year’s Eve will be the last chance for the Russians to enjoy Turkish tomatoes or tangerines for a while. Russian President Vladimir Putin’s decree banning import of Turkish foodstuffs goes into effect on January 1, and is expected to deliver an almost $800 million blow to Turkish agriculture.

Moscow insists that Ankara, to borrow a Russian idiom, cooked up this kasha (i.e. mess), by shooting down a Russian warplane in late November. Russian officials have already been calling on citizens to make patriotic eating choices. “Every Turkish tomato bought” by Russians “is a contribution to another missile that will be fired at our boys,” said Gennady Onishchenko, the Russian official who is considered the chief architect of the Kremlin’s food-fight strategy.

The ban may cost Turkey, but the Russian people will also pay a high price. Turkey is the top vegetable exporter to Russia, and, it turns out, tomatoes are the most imported vegetable in Russia (over 550,000 tons in 2014, according to the US Department of Agriculture). It also seems most imported tomatoes that appear on Russian tables come from Turkey, specifically 300,000 tons in 2015, according to Russian trade statistics.

The ban on Turkish imports is driving up prices for fruits and vegetables for Russian consumers. It remains to be seen what the overall inflationary impact will be, but it could turn out that the ban costs Russian consumers roughly the same, in terms of having to pay higher prices, as it does Turkish exporters.

Already, food-sector inflation is a serious problem for Russia. In February 2015, various food import restrictions, combined with the depreciation of the Russian currency, the ruble, caused the cost of fruits and vegetables to increase in Russia by 43 percent, compared with prices for the same month the previous year, according to US Department of Agriculture estimates.

Finding alternative sources of food imports, including fruits, vegetables and dairy products, will not be so easy. That is mainly because Russia is also engaging in food spats with lots of other states in its neighborhood.

For example, one of Russia’s New Year resolutions is to begin a Ukraine-free diet. While Russia swore off Ukrainian-made, saturated-fat-infused treats last year, Moscow announced plans to bar all food imports from Ukraine starting January 1 next year. The total food embargo could cost Ukraine about $600 million.

The Russian-Ukrainian food fight predates the Euromaidan movement, which toppled the pro-Russian government in Kyiv in early 2014 and precipitated the Kremlin’s land grab of the Crimean peninsula, followed by the separatist conflict in eastern Ukraine. In July 2013, Moscow barred imports of products made by the Ukrainian confectionery giant, Roshen, a concern owned by Ukraine’s candyman-in-chief, President Petro Poroshenko. In March 2014, after the Euromaidan revolution in Kyiv, Roshen’s factory in Russia was shut down amid a supposed copyright dispute, but there was little doubt in Ukraine that the move was politically motivated. During that summer, Russia barred imports of Ukrainian dairy products. Ukraine was among the top five exporters of dairy products to Russia, accounting for 11 percent of the Russian cheese market.

The Russian-Ukrainian food fight, of course, was merely a precursor to a continental conflict: After the West imposed economic sanctions on Russia over Crimea’s annexation, Moscow retaliated by blocking imports of selected Western foodstuffs, especially EU dairy products. Russia made a public show of the embargo, burning and driving bulldozers over European cheese, meat and fruits that found their way to Russia despite the ban. Russian newspapers were ablaze with headlines like “The Camembert Flames” and “German Cheese Is on Fire.”

The tendency of Russia to target the agricultural sectors of other countries dates back to a wine embargo imposed on Georgia in 2006. While that ban caused the Georgian economy to take a big hit, over the longer term, according to experts, the Russian move had a beneficial effect on Georgia’s wine industry, forcing it to modernize, and, ultimately, prompting winemakers to search for new markets.

Russia also has barred imports of Moldovan wine and agricultural products, moves widely seen as retaliation for Moldova’s efforts to draw closer to the European Union.

As the example of Georgia’s wine industry underscores, the Kremlin’s you-are-what-you-eat policies have generated mixed results. Many countries along Russia’s periphery have felt Russia’s wrath, but there is little evidence to suggest that food bans have fostered a sense of contrition in any of the affected countries, or compelled them to more closely adhere to Kremlin desires. Over the medium and longer terms, it may be Russian consumers who suffer the most.