The mystery of Tajikistan’s “win” on COVID-19

Officials are poised to reopen the country only weeks after the crisis began. 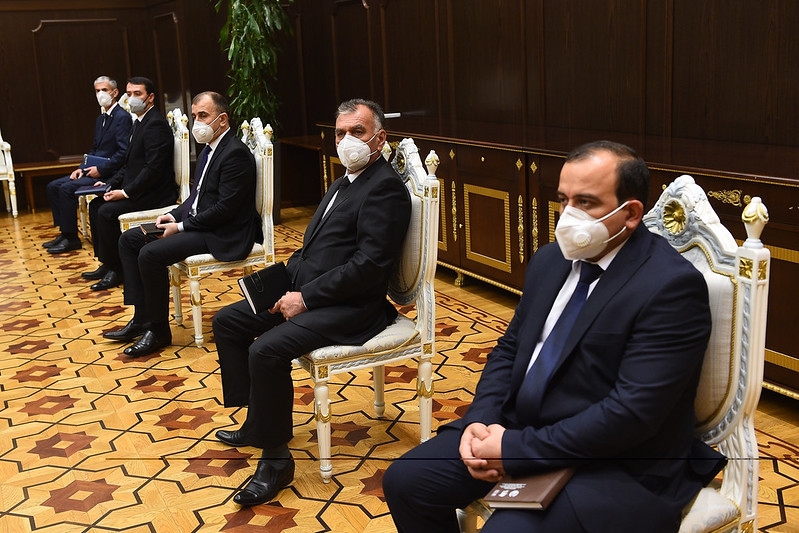 A little more than one month after Tajikistan detected its first cases of coronavirus, authorities are poised to declare victory over the outbreak, reporting massive recovery figures and planning the reopening of business from mid-June.

Critics of the government are alarmed by what appears like a rapid reversal to the kind of denialism that made the crisis worse than it needed to be in the first place.

According the Health Ministry bulletin from June 9, a total of 4,690 people had been diagnosed with COVID-19 to date. Of that number, 2,815 people, equivalent to three out of every five carriers, are said to have recovered.

The graph of current active cases is like few seen anywhere else in the world. A sudden, near-vertical surge at the start of the crisis, when the first cases were announced, on April 30, began suddenly zigzagging up and down within 20 days. On May 19, less than three weeks into the crisis, around 400 people were declared cured. The number of active cases has been more or less flat since the last days of May.

Many, far better-equipped, countries have taken anywhere up to three months to achieve a similar dynamic.

Health and Social Protection Minister Jamoliddin Abdullozoda, who was appointed on May 5, has told reporters that the peak of the outbreak was registered on May 15, when 211 cases were detected. Numbers have declined since that time, he said. This trend will probably continue until July, when the virus will be killed off by the sun, Abdullozoda said.

The rate of fatalities has likewise fallen away, according to official data. The overall tally of people said to have died with COVID-19 was 48 as of June 9.

In the meantime, however, unofficial tallies by anonymous activists puts the number of deaths at closer to around 420. Trying to attain a precise figure in Tajikistan is impossible. Until the government even admitted it had a coronavirus situation, many suspicious deaths were being attributed to other conditions, such as pneumonia, tuberculosis and even swine flu.

Testing capabilities have reputedly been significantly widened since the start of the outbreak. Sputnik news agency cited the government as saying 21,000 PCR-based tests have been carried out in the past four months. The number of government labs able to offer tests has also increased, from one previously to the current five – two are in Dushanbe, and there is one apiece in the cities of Khujand, Kulob and Bokhtar. Another privately owned facility in Dushanbe offers tests at 125 somoni ($12) a pop.

The Tajik government refrained from the major lockdowns seen in neighboring countries like Kyrgyzstan, Uzbekistan and Kazakhstan. But many businesses were shuttered as a precaution.

With encouraging official data in hand, the government has announced that shopping malls, bazaars, catering establishments, hotels and beauty salons will be permitted to reopen from June 15. Sanatoria and public baths are also preparing to start serving customers again.

The public is, though, being advised to abide by certain rules, such as wearing masks in crowded places, maintaining social distance and generally observing hygiene. Fines are envisioned for rule-breakers, although the size of those penalties has not yet been made public.

Many are, of course, skeptical at the upbeat assessment. On a members-only Facebook group called Doctors of Tajikistan, where medical professionals provide consultations to the public, medical professionals have said many are being discharged from hospital while still sick. Home cure has, in fact, been the prevailing approach throughout the crisis, with hospitals turning away people complaining of ill-health because of a lack of beds.

The open question is whether people are being turned away from hospitals and dying in significant numbers, or if they are going home and getting better, as the authorities insist. The truth will almost certainly never be known.