The phantom white knights that would save Tajikistan’s banking sector

There is no obvious reason to buy into Tojiksodirotbank, which is weighed down by crushing liabilities. So who are these mysterious Saudi and Chinese investors? 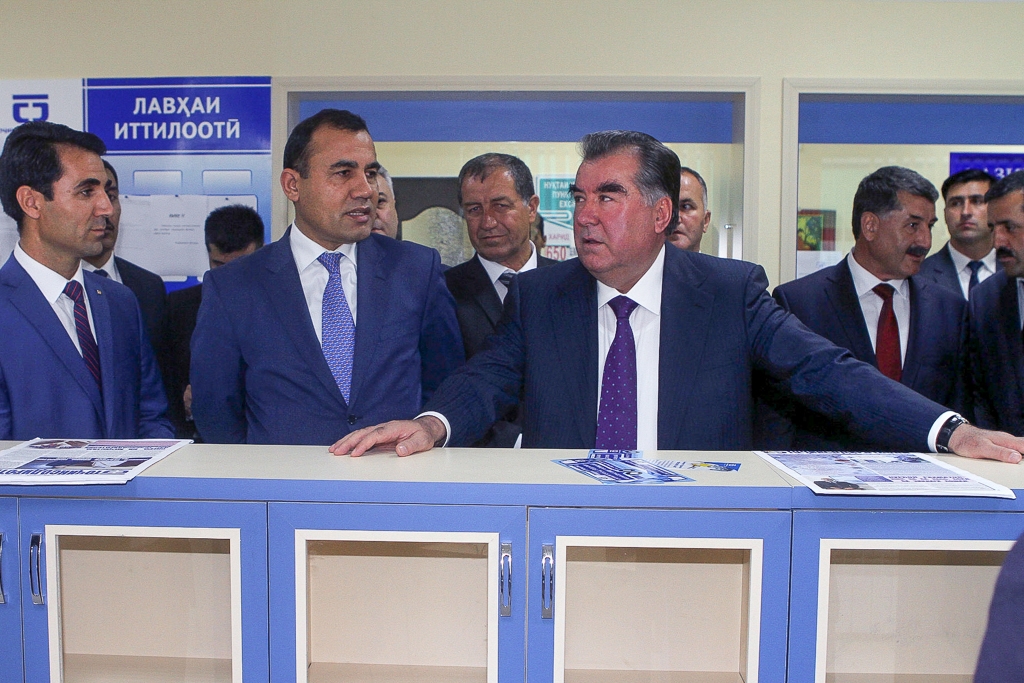 No withdrawals at this time. (government handout)

It seemed like a golden opportunity: A flamboyant, rich sheikh with links to the royal family of Saudi Arabia arrived in Tajikistan in May with a handshake offer to buy a controlling stake in a severely ailing local bank.

On the face of it, there was no obvious reason for an investor to buy into Tojiksodirotbank, which is weighed down by crushing liabilities. But the Saudis have been proudly boasting of their efforts to squeeze Iran out of Tajikistan in recent years. So this proposed acquisition appeared like a piece of that broader strategic vision.

Closer scrutiny revealed some odd inconsistencies, however. And this was not the only time Tojiksodirotbank’s claims to have found a white knight proved unconvincing. The accounts of tens of thousands of customers hang in the balance. Unless Tojiksodirotbank is able to find a savior soon, countless families face the prospect of their savings definitively going up in smoke.

So who exactly is Al Waleed Al Dahash Al Tuwaijri? The name is indeed vaguely similar to that of some members of the sprawling Saudi ruling family. But the man himself has little online presence other than his social media accounts. Multiple people in the Saudi business community queried by Eurasianet professed never to have heard of him.

And what of his company, Saudi Investment Group? The name appears designed to mislead for its similarity to the Saudi Investment Company, a Geneva-headquartered entity that represents the vast Saudi Binladin Group conglomerate. Company details included in the Panama Papers leaks reveal the existence of something called Saudi Investment Group Ltd., although there does not seem to be any link.

A source in the Saudi Embassy in Tajikistan told Eurasianet their mission was not involved in al Waleed’s visit. The same source also professed to have no knowledge of Saudi Investment Group.

The man going by the name of Al Waleed Al Dahash Al Tuwaijri does exist though, as his voluminous social media activity attests. A flurry of photos posted to Instagram in May show him being given the red-carpet treatment by Tajik financial officials. Elsewhere on Instagram, al Waleed regularly intersperses photos of himself traveling the world among those of senior members of the Saudi royal family. He is never shown in images actually alongside figures of the Saudi elite, however, which raises suspicions that the ties may not be real.

A Eurasianet correspondent reached out to al Waleed on several of his social media accounts and received no response for days. Finally, somebody responded.

“This Dr.Ali From The PR Time Of H.e.sheikh AlWaleed,” read the message, delivered through Twitter on December 14. “I Have To Check With H.E Office And Com Back to You”.

Tojiksodirotbank failed to respond to phone and written queries for clarifications about al Waleed and about whether the businessman was intending to follow through on his purported promise to buy a 51 percent stake in the Dushanbe-based lender.

The tale of the mysterious Al Waleed might have been but a curious blip on the radar screen if executives at Tojiksodirotbank had not claimed subsequently to have attracted Chinese interest from something called the Junan Railroad Corporation. A source at the lender told Asia-Plus news website that this company might invest up to $200 million.

In the same industry newsletter interview in which a Tojiksodirotbank executive claimed his bank was object of courtship from the Junan Railroad Corporation, he said management was also engaged in investment talks with other banks, like Russia’s VTB and Sberbank, Kazakhstan’s Kazkommertsbank and companies from Hong Kong, Slovakia and Malaysia.

Getting to the bottom of how real all these negotiations actually are is difficult given how uncommunicative Tojiksodirotbank’s press office has been.

What is clear is that time is running out for the bank and its long-suffering customers.

At the start of 2017, the government pumped in 2.25 billion somoni (around $285 million at the time) worth of liquidity to keep the bank afloat. In exchange, the Finance Ministry acquired an 85 percent stake in Tojiksodirotbank. A condition for this bailout was that the bank should lure foreign investment to fund an incremental five-year buyback operation.

According to the National Bank, Tojiksodirotbank has to date paid back $12.6 million or so, thereby reacquiring a 5 percent stake – as required by the terms of the bailout. The schedule envisions a 20 percent buyback in 2019, which implies a transaction worth more than $50 million.

The money that Tojiksodirotbank has scrabbled together so far has come in part from selling off assets, such as regional branches, computer equipment, payment terminals and ATMs.

Only a foreign investor is likely to have the heft to enable the continuation of the buyback exercise. But the only foreign investors to have offered that vital role may not actually exist.

Failure to receive an imminent injection of cash may lead to the government pulling Tojiksodirotbank’s license in the coming days and weeks. Once that happens, the fate of savings accounts on its books will likely be grim.

That is despite assurances from President Emomali Rahmon in December 2016 that the government would do everything possible to make sure savers would get their money.

They may need to start to worrying now.