The Roots Of Uzbekistan And Tajikistan's Water Conflict 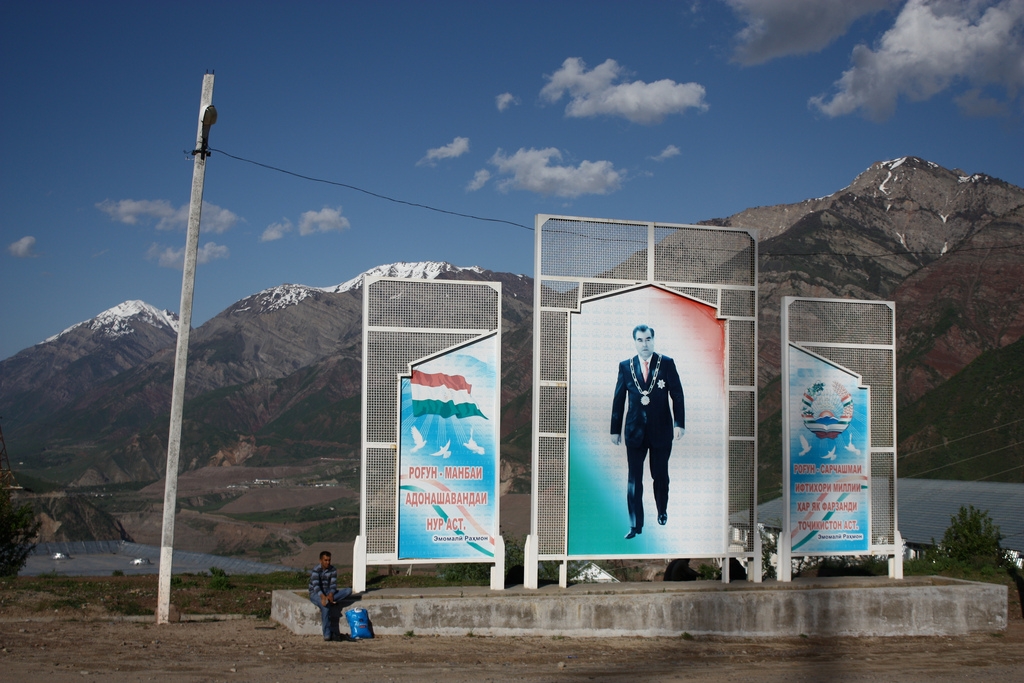 Sign promoting Rahmon and the Rogun hydropower project, in the town of Rogun. (photo: The Bug Pit)

The conflict between Uzbekistan and Tajikistan over the proposed Rogun dam could, as Uzbekistan President Islam Karimov has threatened, lead to war between the two countries. Thanks to the Pulitzer Center on Crisis Reporting, I was able to take a reporting trip to Tajikistan in April and May. And while a detailed report will be coming out later this summer, here's a bit of a taste, with some photos from Rogun:

The conflict, of course, is more than just about the dam, which is why it's so interesting – and also difficult to solve. The roots, everyone in Tajikistan told me, date from the 1920s, when Soviets drew borders of the two republics that rendered Tajikistan so dependent on Uzbekistan for any access to the outside world (as well as, from the Tajik perspective, depriving Tajikistan of the jewels of their culture, Bukhara and Samarkand). That was more or less irrelevant during the Soviet period, and early post-independence when the governments of the two countries got along. But as relations soured (due to a variety of reasons, including both governments' support of rebel groups agitating against their respective neighbors), Uzbekistan began to use its geographic position as a means of bullying Tajikistan – by requiring visas for Tajikistan citizens, by mining the border, cutting off train routes, raising import duties, and on and on. And Rahmon sees Rogun as not just a way to get out from under Uzbekistan's thumb, but to do a little bullying itself. This is an illuminating U.S. diplomatic cable from Wikileaks:


Rahmon underlined his personal involvement in the struggle by bragging that he got in a brawl with Uzbek President Islam Karimov at a CIS Summit in Sochi in 2004. As both men grabbed each other by the collars, former Ukrainian President Leonid Kuchma pulled the dueling presidents apart. Rahmon claimed to have had the last word: "Anyway, Samarkand and Bukhara will be ours again one day!"

How would he do that? Rogun. Anyway, much more to come soon.