The Russian Orthodox Church and the Impact of Bolshevism 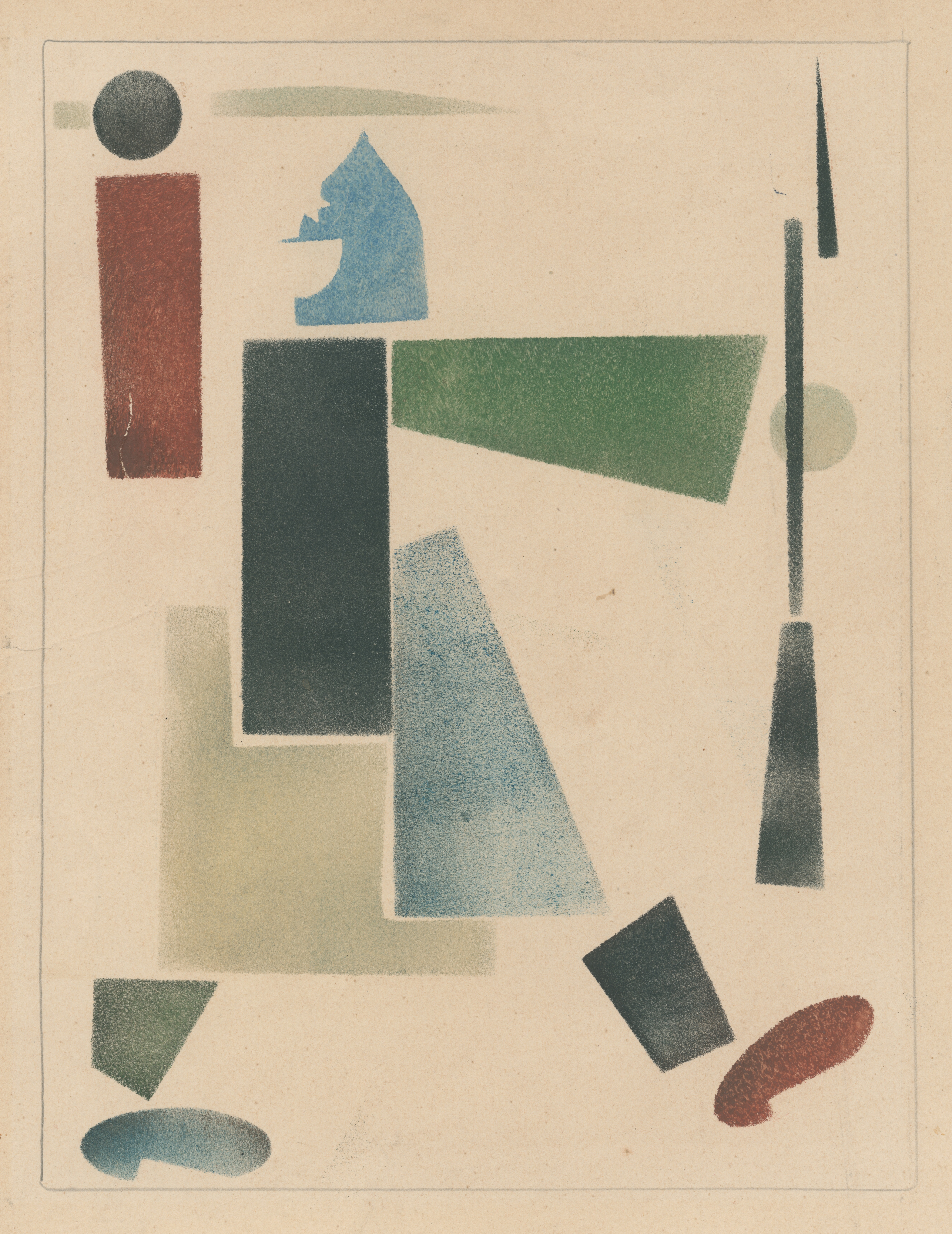 It is common knowledge that the advent of Bolshevism in 1917 was devastating for devout believers in the former tsarist empire. Less well known is the fact that the October Revolution interrupted a reform movement that could have taken the Russian Orthodox Church in a new direction, and that it subsequently caused splintering from which the Church still has not recovered.

Under the tsars, the Russian Orthodox Church (ROC) served as an important pillar of the autocratic system. Just how subservient church was to state remains a matter of debate. Some historians, such as Gregory Freeze and Scott Kenworthy, have pushed back against the perception of the ROC being a “handmaiden of the state.” But it is safe to say the Church’s sphere of independent activity was limited, frustrating many lay believers and clergy alike. And the institutional Church’s association with the tsarist state was certainly a liability when the revolutionary year of 1917 arrived.

During the late tsarist era, authorities had blocked the Church’s reform efforts, putting off the Church’s plans to convene a reformist All-Russian Church Council (known as a local council in Orthodox Christian terminology). It was the February Revolution that finally cleared the way for the local council to meet in August 1917.

The local council quickly took steps to devolve decision-making authority to local levels, hoping to promote greater spiritual vitality, which Russia’s former autocrats, wary of any form of independent social activity, had hampered. The council’s most significant reform was the reinstatement of the office of patriarch, an institution abolished under Peter the Great, who had replaced it with a Most Holy Governing Synod, a body that enabled the state to monitor the Church closely and limit its room for independent action. The council went on to elect a new patriarch, Tikhon (Bellavin), on November 5, 1917 (Old Style), just days after the Bolsheviks seized power in Petrograd.

It took the militantly atheist Bolsheviks almost a year to formally shut down the local council. In the chaos following the October Revolution, the Church had already begun to fracture. In response to the spreading tumult of the early Bolshevik period, Patriarch Tikhon granted self-governing authority to church parishes in North America, an initiative that gave rise to the Orthodox Church in America (OCA). Later, however, Patriarch Tikhon ordered the breakaway church in exile, the staunchly anti-Bolshevik Karlovtsy Synod, to dissolve. It reconvened and became known as the Russian Orthodox Church Outside Russia (ROCOR).

Following Tikhon’s death in 1925, the office of the patriarch remained vacant and the ROC experienced unbending pressure from the state. According to Nathaniel Davis’s A Long Walk to Church: A Contemporary History of Russian Orthodoxy, the ROC had only about 200-300 active parishes in the Soviet Union by 1939; before the revolution there had been roughly 50,000.

The exigencies of the Second World War prompted Soviet dictator Josef Stalin to ease up on the Church and to allow the election of a new patriarch, Sergius (Stragorodsky). While the ROC was forced to be subservient to the state for the remainder of the Soviet period, Russian Christians in diaspora continued to develop theological thought, self-consciously framing their efforts as part of preserving “true” Russian culture for such time as when Soviet power might collapse.

Former Soviet leader Mikhail Gorbachev’s policies of glasnost and perestroika in the late 1980s sparked hope that the reformist potential of the local council of 1917-18 could be recovered in Russia, and that the theological ideas and church practices advocated by diaspora clergy and lay intellectuals, some of which had circulated in the USSR among dissidents, could have a positive impact on the development of the ROC.

The 1000th anniversary of the Baptism of Kievan Rus’ in 1988 marked a pivotal moment. There were major celebrations across Russia, churches and monasteries were reopened and a local council met. “I remember being amazed at the rate at which people restored traditions I thought had been lost—choir singing, bell ringing, etc,” Schmemann recalled. “Sadly, that could not last.”

The ROC leadership ultimately would not follow the reformist impulses. Inga Leonova, editor of the Orthodox Christian quarterly The Wheel, explained the situation this way: in the face of intense persecution, particularly in the early Soviet period, the ROC never enjoyed a “proper context in which to ponder the circumstances that had contributed to the widespread hatred of the Church” under the old regime. Another factor was that the ROC leadership under the Soviet system did not have space to wrestle with the question of the church-state relationship, she added.

Soviet persecution only encouraged the ROC “to yearn for the restoration of the relationship in which its power would be guaranteed by the state in exchange for political loyalty,” Leonova said. “This position inevitably results in the compromise with the state.” At the same time, diaspora Orthodox intellectuals who understood the damage done to the Church by dependency on the state failed “to advance these thoughts to the level of extensive discussion,” Leonova noted.

To complicate matters, soon after the collapse of the Soviet Union, Russian Orthodoxy splintered again. The Ukrainian Orthodox Church in the early 1990s established the Kyiv Patriarchate, which although still officially unrecognized in the Orthodox community, represents a potent rival to the Moscow Patriarchate’s spiritual authority in the cradle of Russian Orthodoxy, and also poses an existential threat to the Kremlin’s imperial ideology, which today’s ROC-Moscow Patriarchate (MP) leadership seems incapable of opposing.

In a positive development for the ROC-MP, it managed to officially reconcile with the ROCOR in 2007.

Outside Russia, the ROC-MP today is often perceived to be an instrument of soft power projection by the state, acting as a standard bearer of the Kremlin’s campaign to establish Russia as the chief global defender of “traditional values.” Marcel H. van Herpen’s 2015 book Putin’s Propaganda Machine: Soft Power and Russian Foreign Policy provides documentation on the ROC MP’s role in advancing state objectives.

“Today’s Russian Orthodox Church [MP] has swung from institutional survival by means of decades of basic cooperation with an atheistic state to ‘surthriving’ by continuing to align itself with a state that now exhibits a performative piety,” said April French, a doctoral candidate at Brandeis University and a specialist in Russian religious history.

The ROC-MP has made efforts to reconnect with the actions and ideas of the local council of 1917-18. Most notably, Moscow’s Novospassky Monastery began publishing in 2012 a multi-volume collection of sources from the earlier Russian council. This project is proceeding with the support of Patriarch Kirill, who wrote in the preface to the first volume: “Many of the members of the Local Church Council of 1917-1918 underwent suffering for their Christian faith” and are now recognized as “new martyrs and confessors of the Russian Church.”

As for the legacy of the Church’s subordinate role in both the Russian imperial and Soviet systems, Church leaders do not appear eager to confront the issue.

Perhaps no single event embodies the failure of the ROC-MP to overcome the legacy of imperial and Soviet subordination than the sudden firing of Sergei Chapnin as managing editor of its official journal. Chapnin was officially dismissed on December 16, 2015, and when the news spread via social media, the immediate shock and dismay of the Russian intelligentsia was palpable.

The employment of Chapnin, a moderate to liberal Orthodox Christian intellectual, in such a prominent role within the Moscow Patriarchate since 2009 had served as an indicator that there was room for a variety of views within official patriarchal structures. But by late 2015, the ROC-MP hierarchy and the Russian state no longer seemed willing to countenance public criticism of the imperial and nationalistic aspects of the church from someone in Chapnin’s position.

Asked to comment for this article, Mr. Chapnin had this to say: “Today’s Russian Church has proven unprepared to honestly and responsibly evaluate the two Russian revolutions and the Soviet era. The primary obstacle is the once again triumphant self-consciousness of the Russian Church as a church of empire.”

Christopher Stroop earned a Ph.D. in Russian History and Interdisciplinary Studies in the Humanities from Stanford University in 2012 and is currently a visiting instructor in the Honors College at the University of South Florida and a senior research associate with the Postsecular Conflicts project at the University of Innsbruck. In addition to academic publishing, Stroop blogs at ChrisStroop.com and regularly writes for wider audiences on issues related to Russia, foreign affairs, and religion and politics.