The small firewall of Turkmenistan

Turkmenistan reveals its closest partners as it prepares to host a gas-focused summit with Azerbaijan and Turkey. Plus, with the New Year approaching, it is time for bread and circus. Our weekly briefing. 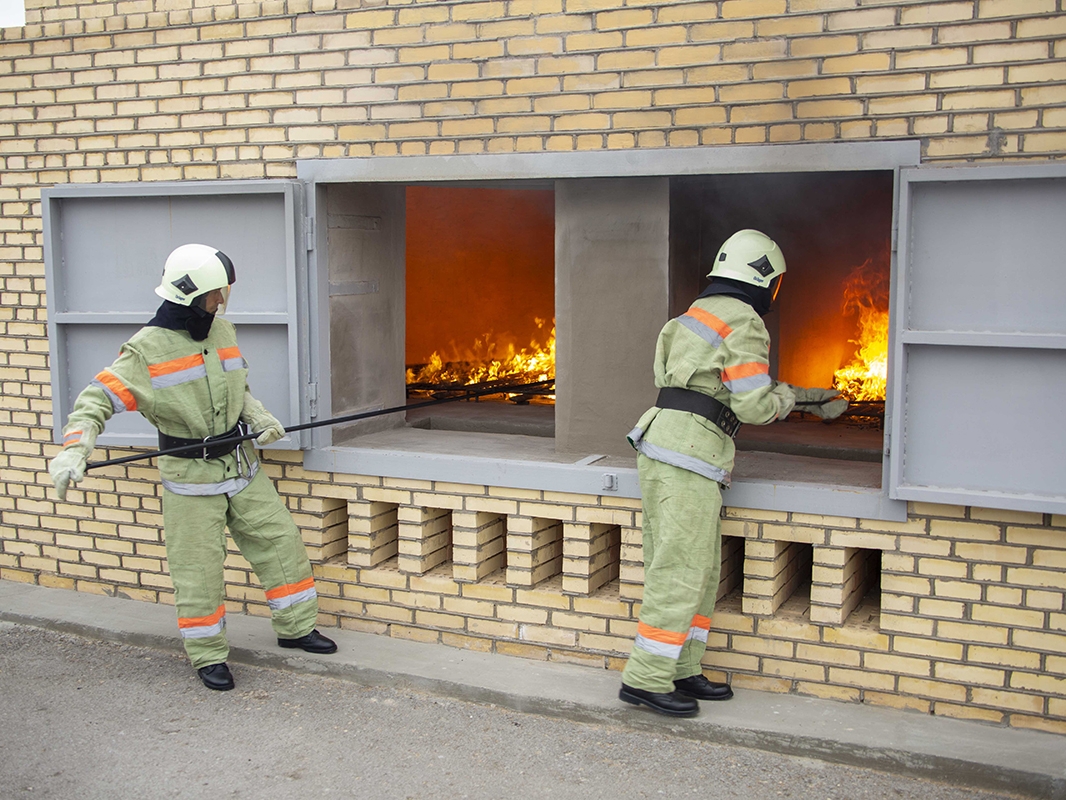 For Turkmenistan, Russia is number one. The United States is number two.

That, in essence, was the takeaway of remarks made by President Serdar Berdymukhamedov at a government meeting on December 9 that was also attended by Ashgabat’s diplomatic community.

What Turkmenistan has with Russia is a strategic partnership, the president said. The scope of the relationship is illustrated by the areas in which the two countries have pledged to deepen cooperation.

“During my official visit to [Russia] in June, we managed to reach agreements on a significant intensification of our partnership in all areas of bilateral cooperation, including security, energy, transport, agriculture, trade, finance and banking, education, culture and medicine," Berdymukhamedov said.

As for the United States, the commitments look surface deep and ultimately commercial.

"In conformity with our neutral status, our state maintains equitable relations with the United States,” the president said, while allowing that it was important to further cultivate mutually beneficial engagement on security, trade, culture, education, healthcare, and sports.

Pertinent to that final item in the list was the news from last week that Florida-based Nicklaus Design may build three new golf courses in Turkmenistan’s Awaza white elephant resort. That bit of business emerged during a visit of executives from a group of major U.S. companies to Ashgabat. Turkmenistan opened its one and only golf club in 2017. Jack Nicklaus, the golf legend linked to the eponymous company, had said in 2016 that the Turkmen authorities were trying to import golf – a sport that almost literally nobody in the country plays – for the benefit of the wider population.

China, the country without which Turkmenistan would long ago have gone completely broke, only got third billing in Berdymukhamedov’s rundown of countries he deems of importance.

Berdymukhamedov was ostensibly drawing this picture of his country’s geopolitical positioning in recognition of the 27th anniversary of Turkmenistan’s declaration of neutrality, which was marked on December 12.

It is equally likely that Ashgabat is intent on dispelling notions that it may be poised for any radical departure from its current posture.

The long-awaited summit between the presidents of Azerbaijan, Turkey and Turkmenistan will take place in Awaza on December 14. Officials in the administration of Turkey’s President Recep Tayyip Erdogan have said the idea of transporting Turkmen gas to his country via Azerbaijan will feature prominently on the agenda. This notion is normally considered to be contingent on construction of a gas pipeline along the Caspian Sea bed, but officials quoted by Bloomberg hinted at something more immediate than that. The news agency cited the Turkish officials as saying that their idea is to load liquified gas onto ships to Azerbaijan and to then pump that gas into pipelines going to Turkey through Georgia.

Turkey is casting this possible development in decidedly grand geopolitical terms. Ibrahim Kalin, a senior advisor to Erdogan, spoke on December 7 about “the significance of the Turkic world and Central Asia in the light of energy and food crises,” and how this would only further become the case in future since “significant volumes of global energy resources are in the geographic space of the Turkic world.”

The whole Europe-bound theme received an endorsement, albeit in slightly less highfalutin terms, from Gurbanguly Berdymukhamedov, the Senate speaker AKA the former president, father of the incumbent president and, de facto, co-president. Speaking alongside the visiting chair of Azerbaijan’s parliament, Sahiba Gafarova, on December 7, Berdymukhamedov senior said merely that Azerbaijan and Turkey “are in favor of a diversified scheme of energy supplies to international markets, in particular in the European direction.”

With the New Year coming up, it is time for bread and circus.

The circus is being provided in literal form by a touring troupe of the Moscow State Circus. Clowns and jugglers will be “making even respectable adults laugh like children,” as Russian state-run news agency RIA-Novosti put it, and trained bears, cats, dogs put through their routines up to January 10. The Turkmen government has made reviving the long-banned circus arts one of its priorities, so this cultural outreach is good and easy soft-power diplomacy on Russia’s part.

The bread part is a little more complicated.

Vienna-based Chronicles of Turkmenistan has reported that despite the domestic currency, the manat, showing recent signs of strengthening and demands from Berdymukhamedov in November that food be made available in abundance and at an affordable cost in the bazaars, prices for groceries are creeping up. Items seeing notable increases in price include apples, cucumbers, persimmon, tomatoes, bell peppers, and beans. Chronicles allows for the fluctuations being seasonal, but that doesn’t account for sugar, butter and even Pepsi becoming more expensive.

What is getting cheaper are international flights. And that is the result, it seems, of a little bit of circus.

At a meeting of national security officials on December 8, General Prosecutor Serdar Myalikgulyev reported on the jailing of bribe-takers working at the national carrier, Turkmenistan Airlines. Myalikgulyev said airline employees were taking kickbacks in return for preferential allocation of the limited number of seats available since Turkmenistan slowly began restoring international connections following its loosening of COVID-19 prevention protocols. At least five people have been sentenced to prison terms ranging from eight to 13 years. The guilty parties were, for good measure, made to deliver weepy, struggle session-style confessions to camera for the delectation of television viewers.

A final warning was delivered by the president.

“Let no one think that the acts they have committed will remain unknown. Everything will be revealed, and they will have to answer for their deeds before the law,” he thundered.

Still, those same people might later get released from prison early anyway.

State television reported on December 9 that Berdymukhamedov has pardoned 308 convicts in recognition of the Day of Neutrality. Such mass releases happen often in Turkmenistan. In September, the president ordered that 829 people be set free on the occasion of the 31st anniversary of independence.

State newspaper Neutral Turkmenistan reported on December 10 that the president has, as expected, signed a decree on the creation of something called a “national digital network.” As the resolution states, this network will “not be connected to the internet.” What purpose this network, essentially a country-sized intranet, would serve is not specified in the decree. The suspicion is that Turkmenistan is attempting to erect an even more draconian version of a China-style firewall, although the domestic online ecosystem is so minute and weak, it is difficult to see how such a vision could realistically be implemented.