The soft power of fame: A Kazakh star in China

A dashing pop singer from Kazakhstan is a hit in China. 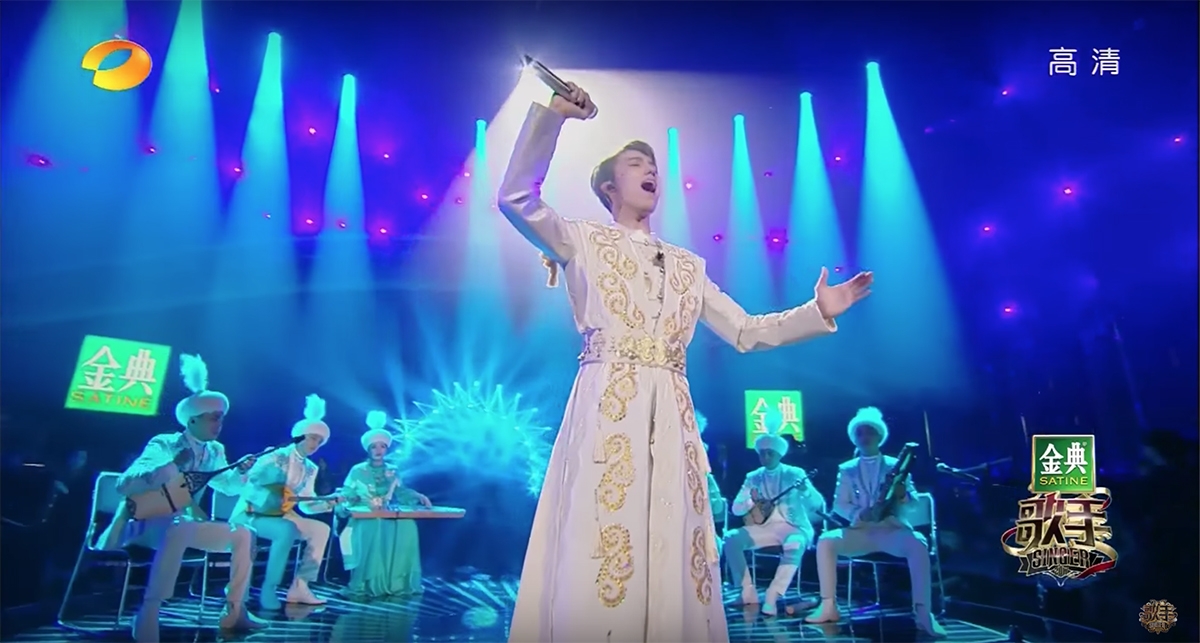 In May, China televised a live concert to celebrate its grand infrastructure project, the Belt and Road Initiative. Only one foreigner performed: a singer, the emcee crooned, “with a clear voice and friendly eyes from Kazakhstan named Dimash.”

Dimash Kudaibergen is perhaps the world’s most recognizable Kazakh. Hailed by Chinese state media as "a symbol of cultural exchange,” the 24-year-old from Aktobe, an industrial town in Kazakhstan’s far northwest, appears regularly on Chinese television, bouncing soccer balls during the World Cup and serenading audiences for Chinese New Year.

After his first performance, Kudaibergen’s popularity exploded. Within a week, he had over 3 million followers on Weibo, the largest social media platform in China. Chinese audiences even nicknamed him jinkou xiaogege, or "imported older brother." With a vocal range that can hit the highest soprano notes, Kudaibergen ultimately won second place in the weeks-long competition.

“I find him absolutely enthralling,” gushed June H.L. Wong, a columnist in Malaysia. “It helps plenty that he is tall – 190 centimeters [6’3”] – and handsome; his features [are] an appealing mix of Asian with a dash of Caucasian. He has great stage presence, sartorial style and comes across as polite and respectful.”

Kudaibergen’s overnight success in China also brought him attention at home. Singer 2017 became the first Chinese show to air live in Kazakhstan. News websites and fan groups taught Kazakhs how to log into the show’s Chinese website and vote for him during the competition. Upon his return, he was received by President Nursultan Nazarbayev, who called the young performer “the face of Kazakhstan’s independence.”

“His success is definitely not a coincidence,” Gaukhar Nursha, a Kazakhstani expert on China's soft power in Central Asia, told Eurasianet. “Of course he’s a talented and handsome guy, but the support from both [Kazakhstan and China] promoting his image [is telling]. I think what China is trying to do is reset its image, to promote this idea that China is not going to aggressively invade our country. Instead, as a big empire, it tries to take care of its little brothers, like the Central Asian countries. In that way Dimash becomes a very good example, because China acknowledged a talent in Kazakhstan.”

The Chinese government is more skilled than the West at deploying soft power, Nursha said. As a fellow authoritarian state, it shares more culturally with Kazakhstan than with Western liberal states.

"There is a strong, traditional music culture in Kazakhstan. So when a talented young Kazakh singer was invited to China to take part in a local TV project, it immediately attracted public attention," Bulutay told Eurasianet.

China is still unfamiliar to most Kazakhs, Bulutay added. And seeing Kudaibergen succeed in China certainly helps Beijing improve its image in the neighboring country.

That’s key for officials on both sides of the border.

Although China has invested tens of billions of dollars in Kazakhstan’s energy, mining and chemicals sectors, and though Chinese President Xi Jinping unveiled his Belt and Road Initiative during a visit to Kazakhstan in 2013, China is often viewed with suspicion in Central Asia. In 2016, when Astana tried to privatize public land, speculation circulated that much of the land would be bought by foreign investors, primarily from China. In the mass protests that ensued, over 1,000 were arrested before the government backtracked. These days, mistrust is growing over China’s policy of imprisoning ethnic Kazakhs in so-called “reeducation camps.”

Kazakh concerns are unlikely to be assuaged by one handsome pop star.

Kamila Jambulatova, a Kazakhstani media strategist working in New York, said that Kazakhs are excited to see Kudaibergen representing them abroad. But she doesn’t believe his popularity will change Kazakhs’ opinion of China.

"We're selling land to China. I think that was the biggest [mistake]," Jambulatova said. "I think that's probably why people are not so excited [by Chinese investment], because they don't want to be just overtaken by China."

Si Chen is a student at Columbia Journalism School.

Si Chen is a journalist from China.