Popular faith in Zelensky’s ability to deliver is slipping. 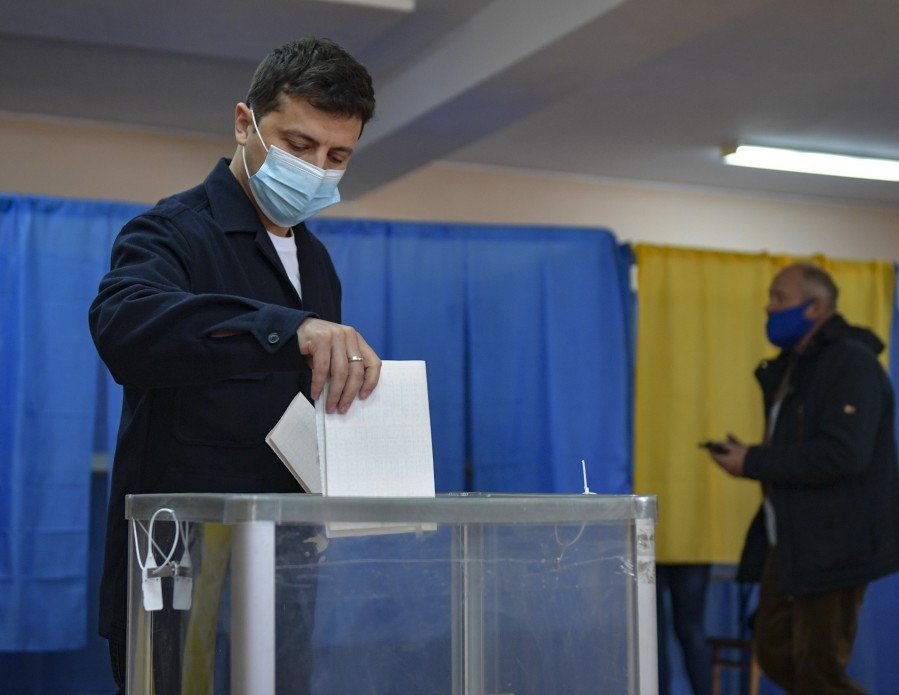 Just a year ago, Zelensky could count on an unprecedentedly high level of public backing for his anti-corruption agenda. But recent local election results suggest that popular faith in Zelensky’s ability to deliver on his promises is slipping. The outcome is bad news for anyone rooting for Ukraine to finally break free from its vicious cycle of corruption.

Meanwhile, Ukraine’s Constitutional Court has pulled the rug out from under reformers by invalidating one of the most important reforms implemented since the 2014 Euromaidan uprising.

In July 2019, Zelensky’s Servant of the People Party rolled to an outright majority in parliamentary elections. In the local voting held October 25, however, Zelensky’s party sputtered: regional players outperformed national parties by a significant margin.

The results “are a victory for regional political projects, and a defeat for national parties in general, and Servant of the People in particular,” says Anatolii Oktysiuk, a political analyst at Democracy House, a Ukrainian think tank.

Only about 37 percent of eligible voters cast ballots in the local elections, a roughly 10 percent lower turnout than in 2015. The COVID-19 pandemic may have played a role in lowering turnout numbers, but some observers also worry that public apathy is on the rise.

Somewhat ironically for Zelensky, decentralization reforms promoted by his administration seem to have contributed to the erosion of support for his party on the local level. Decentralization expanded municipal government budgets and gave local leaders more control over the way public funds were spent. Many local leaders concentrated on improving municipal services; their efforts paid dividends at the ballot box.

“It had a strong influence. It really boosted their [local leaders’] popularity,” said Lyubomir Missiv, the deputy head of the Rating polling agency, referring to decentralization. The October 25 voting did not cover Crimea, forcibly annexed by Russia in 2014, or territories still controlled by Moscow-backed separatist groups in the Donbas.

Olexiy Haran, a political scientist at Kyiv-Mohyla University, said Zelensky’s party managed to gain seats on the city councils in most major Ukrainian cities, but failed to gain control of any of them. He characterized the decline in Servant of the People’s support as an “expected” development.

Zelensky lieutenants tried to put some positive spin on the voting outcome. One top party figure, Oleksandr Kornienko, noted that Servant of the People had won the overall biggest share of the vote nationwide.

Haran said a “weakened” Zelensky will likely have a tougher time mobilizing support for his policy proposals. Already, infighting within Servant of the People has sapped reform momentum, forcing Zelensky to engage in coalition-building with other parties. The more parliamentary deal-making that is required, the more watered-down reforms are likely to become.

Anti-corruption efforts also experienced a setback in late October when Ukraine’s Constitutional Court knee-capped the country’s anti-corruption agency. Specifically, a recent court ruling gutted a 2016 reform that required officials to publicly declare their assets, and which gave the anti-corruption agency the power to punish those who weren’t in compliance. The court effectively stripped the agency of its authority to review asset declarations and make them publicly available. Transparency International Ukraine said the court decision could “invalidate the anti-corruption reform” and threaten Ukraine’s visa-free regime with the EU.

The decision risks precipitating a constitutional crisis. On November 1, Zelensky appealed to international donors to stick with Ukraine. He also has called on parliament adopt legislation to overhaul the Constitutional Court.