A proposal from Washington to condition some aid on Georgia’s making more progress on democracy, corruption and protecting foreign investors has become a political football in Tbilisi. 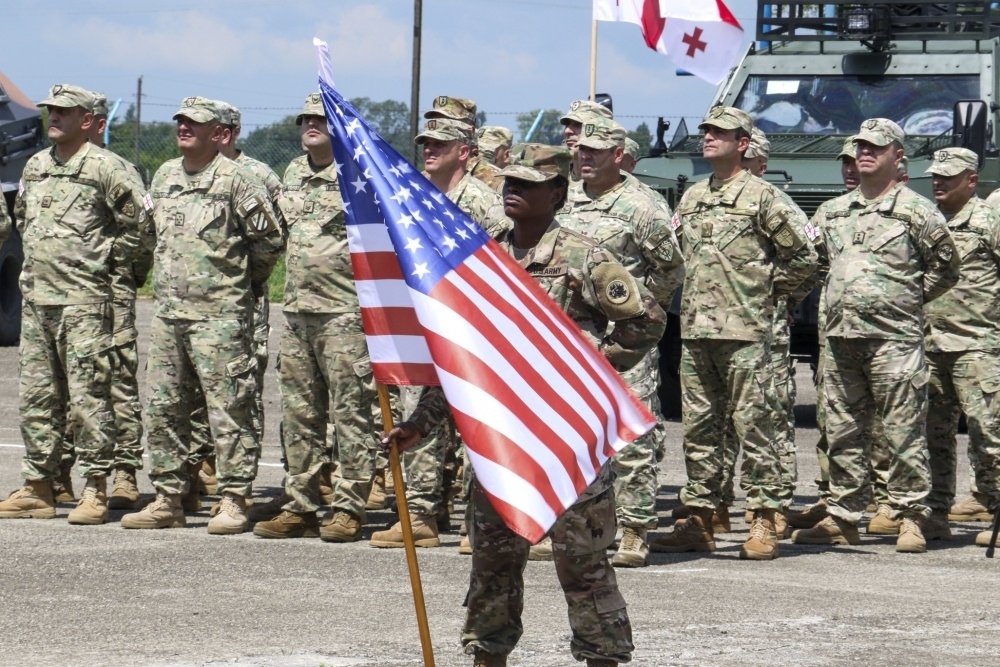 A United States congressional committee has proposed blocking some aid to Georgia unless Tbilisi takes measures to “strengthen democratic institutions,” do more to fight corruption, and protect foreign businesses operating in the country. The threat is perhaps the most vivid evidence yet of a growing lack of trust between the U.S. and Georgia, long Washington’s closest partner in the region.

On July 9, the House Appropriations Committee approved a spending bill that would give Georgia $132 million from the State Department and the U.S. Agency for International Development – more than the aid packages for the rest of the Caucasus and Central Asia put together.

But the committee bill included a condition on the aid, mandating that some of the money be withheld unless the Secretary of State certifies to Congress that Georgia has fulfilled three conditions: that it is taking “effective steps” to “strengthen democratic institutions,” “combat corruption within the government,” and “ensure the rule of law in the private sector is consistent with internationally recognized standards, including protecting the rights of foreign businesses to operate free from harassment and to fully realize all due commercial and financial benefits resulting from investments made in Georgia.”

The bill would withhold 15 percent of the money except for programs aimed at promoting “democracy, the rule of law, civil society and the media, or programs to reduce gender-based violence and to protect vulnerable populations.”

The aid bill still has many hurdles to overcome before it becomes law, and the condition seems likely to be removed at some point before the legislation is adopted. Even if it isn’t, the bill as it is now allows the Secretary of State to waive the 15 percent deduction if it is “important to the national interest of the United States.” Similar waivers have allowed the U.S. to continue to provide aid to countries like Azerbaijan and Uzbekistan in spite of congressional attempts to block it.

Nevertheless, the threat represents a shot across the bow from Washington, where policymakers have watched in dismay over the past year as the Georgian government has violently cracked down on protests, reneged on a key electoral reform promise (before agreeing to it months later), and engendered suspicions about the independence of the judicial system.

"There is definitely a shift in Congress, with more concerns being raised among members on rule of law and corruption issues in Georgia," one congressional aide, speaking on condition of anonymity, told Eurasianet. "It’s best to view it as a signal that Congress is looking for action from Georgia, which it still considers a friend, to strengthen institutions and combat corruption."

Support from Washington is vital for Georgia, which sees the U.S. as its patron and protector against its overbearing neighbor, Russia. The news from Congress was interpreted in Tbilisi in sharply partisan terms, with the ruling party and opposition each blaming the other. The opposition seized on the threat as evidence that the ruling party is losing the U.S.’s trust, with the government countering that it is the opposition itself that is deliberately blackening Georgia’s name in Washington.

“In Washington, the capital of our strategic partner, there is already a well-established opinion that Ivanishvili’s rule runs counter to both Georgian and American interests,” Giorgi Kandelaki, a member of the opposition European Georgia party, told reporters. (Bidzina Ivanishvili is the leader of the ruling Georgian Dream party.)

“I don’t remember a [U.S.] threat to freeze aid since the time of [former president Eduard] Shevardnadze. There are indeed lots of similarities between the Shevardnadze period and Ivanishvili’s rule,” Kandelaki said.

Members of Georgian Dream, however, played down the threat of the aid blockage, while also blaming the opposition. “This is an opinion of one group, which has to go through one committee, then another committee, then go to the full session,” Gia Volski, the deputy speaker of parliament, told the local Radio Maestro. Volski said the opposition has been trying to monopolize relations with the U.S. and make the strategic partnership with Washington into a partisan issue. “Such destructive actions are unheard of and it is unfortunate to see this happening in Georgia,” he said.

Ruling party officials also have blamed Frontera, a U.S. oil company, for campaigning against the Georgian government in Washington.

Frontera lost an international arbitration case in April after failing to fulfill its contract with the Georgian government and not paying workers for months. Several members of Congress (in particular, ones who have taken campaign contributions from the company) have responded by undertaking a campaign to portray the Georgian Dream-led government as a Russian puppet, and they have been cheered on by many Georgian opposition figures.

“Everyone needs to understand that this is just one group that believes that the issue of Frontera is of special importance and they don’t care that they [Frontera] failed to meet their contract with the state [of Georgia], left many people without jobs and pay,” Volski said.

In Washington, though, the issues are bigger than Frontera alone, said Paul Stronski, a senior fellow in the Russia and Eurasia Program of the Carnegie Endowment for International Peace, a Washington, DC, think tank.

“Many in Congress still remain not fully comfortable with Georgian Dream and Ivanishvili in particular. Frontera has helped push that, but so too has the Georgian opposition, which remains close to many on Capitol Hill,” Stronski told Eurasianet.

Stronski added that the issues that Georgia faces now parallel those of a decade ago, when the government and then-president Mikheil Saakashvili were becoming increasingly authoritarian before being ousted by Georgian Dream.

“Georgia is held to a higher standard than most, given its track record of reform and democratic progress. It has been a recipient of a tremendous amount of assistance over the years, but seems stuck in an endless cycle of democratic promise, then backtracking,” Stronski added. “Events over the past year certainly have amplified existing concerns about Georgian Dream and Ivanishvili's non-transparent and oversized influence in the country.”

It would be a mistake for the Georgian government to minimize the warnings from the U.S. as the result of a few lobbyists, said Kornely Kakachia, director of the Tbilisi think tank Georgian Institute of Politics.

“This is giving them [the government] some food for thought, and it’s clear that the pressure is not going to stop, but will only increase, so the government sooner or later needs to get engaged on this because Georgia cannot afford a row with the United States,” Kakachia told Eurasianet. “It is essential for Georgia to keep a bipartisan consensus in Congress, which seems like it is crumbling now,” he said.

“One thing that is clear is that Georgia’s status as a frontrunner in terms of reforms has been shattered, and it’s unlikely that the government can change this narrative,” Kakachia said.