Tajikistan has hitched itself firmly to the Russian economy. Now it’s in deep trouble. 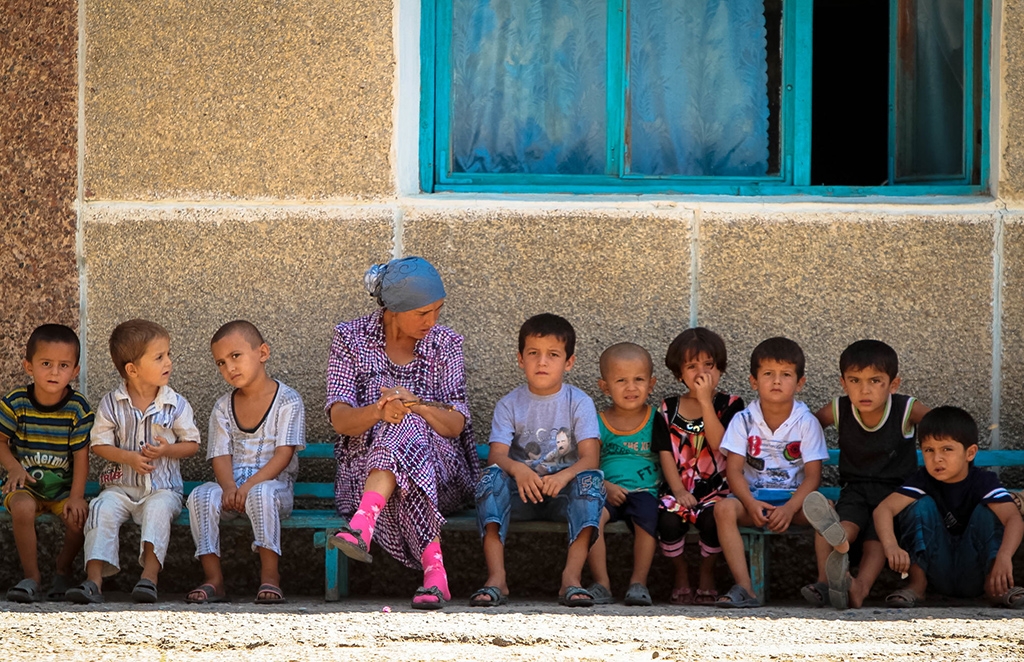 The economy is collapsing and the government appears wholly unprepared. (Feed My Starving Children/Flickr)

Taxi drivers in Tajikistan complain to their passengers, never to the government.

And with the price of fuel on the rise, they have a lot to grumble about.

“There is no profit to be had from driving a taxi right now. I am going to work, but only so I don’t have to stay at home and stew in my thoughts,” one driver, Akmal, told Eurasianet.

Demand for taxis is rapidly sliding anyway as more people economize on luxuries amid soaring inflation provoked by the devaluation of the somoni. Tajikistan relies on imports for much of its staple needs.

Car fuel prices are the most visible indicator of the predicament. Prices sometimes change from hour to hour. Liquid natural gas, another form of fuel used by Tajik motorists, has risen from 6.40 somoni per liter to 7.40. Some gas stations have closed rather than having to deal with the volatile prices.

“I am so sick and tired of all these crises. We’ve barely got out of the pandemic, and now we’ve got this,” Akmal said.

This sudden inflationary spiral is all happening downstream from Russia’s invasion of Ukraine. International sanctions against Russia have caused a collapse in the value of the ruble, which has in turn heavily depreciated the value of remittances sent home by Tajik migrant laborers in Russia. The performance of the somoni is also tied to the fate of the ruble.

Certain groceries have increased by 30 percent in price.

Average salaries in Tajikistan at the start of this year were around 1,500 somoni. But it is the ruble remittances that matter. And if 1,000 rubles sent from Russia were being redeemed for 150 somoni at the start of the month, the figure is now 90 somoni.

“I am still in shock. My daughter and I live on the money that my husband sends from Russia,” Gulbakhor, a 37-year-old housewife in Dushanbe, told Eurasianet. “My child is still small, so I can’t work. I had her at 35, we waited for her such a long time. Now I have to save money for her, not buy clothes or spend money on any other distractions. I have to think about food alone.”

The population is unlikely to get much support from the government, as earlier economic crises in 2008, 2014 and 2020 have shown.

During the pandemic, Tajikistan received an $11.3 million grant from the World Bank. The money was used in part to deliver a one-time 500 somoni emergency cash assistance payment (then worth about $44) to over 164,000 poor households. The government did not spend any of its own money. Around the same time, a lavish celebration, complete with performances by foreign pop stars, was held in the capital to celebrate the country’s 30th anniversary of independence.

Zafar Abdullayev, one of many former journalists forced into self-imposed exile by the government’s repression of free media, said Tajiks will now face a period of profound austerity.

“There will be few vitamins in people’s diet, less meat, less fruit, less medicine, and so on. Surviving, just surviving. This is going to be survival, not life,” said Abdullayev, who used to own the Avesta news agency and is now based in the United States.

In contrast with nearby, similarly Russian crisis-affected nations like Kazakhstan and Kyrgyzstan, the government in Tajikistan has not made any indication it is shaping an anti-crisis plan.

And economic expert Bakhriddin Karimov (a pseudonym) told local newspaper Asia-Plus in a recent interview that that this downturn may be even worse than the ones the country has endured before.

“[It] will have a very long-lasting negative effect. The government of Tajikistan should not imagine that the crisis can simply be waited out and that everything will be as before,” he said. “Neighboring countries that are economically dependent on Russia will need to look for new sources of economic growth and new external partners in order to survive in this new reality.”

Apart from everything else, this impasse should close the book for now on any idea of Tajikistan entering the Moscow-led Eurasian Economic Union trading bloc, Karimov said.

“In general, the whole strategy of dependence on migration and remittances from Russia will become completely unviable for Tajikistan when the Russian economy collapses,” he said.

Abdullayev argued that if anything, Russia’s misfortunes could be seized upon as an opportunity for Tajikistan to pursue vigorous political and economic reform.

“But liberalization is not for systems run by people like [Russian President Vladimir] Putin or [Tajik President Emomali] Rahmon. I think they are not amenable to adjustments or flexible. In their case, all that will happen is going through the motions of pretending to fight the consequences of the crisis,” he said.