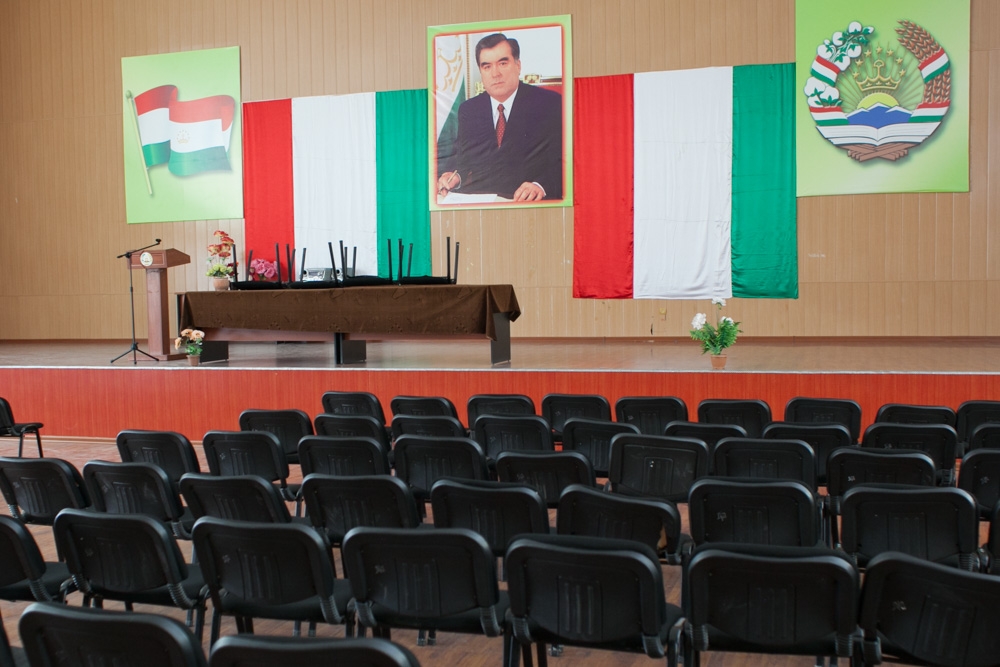 Many parents in Tajikistan view the start of the school year with a bit of trepidation: while students wrestle with their lessons, adults must reach for their wallets. An increasing number are willing to spend sizable sums to get their kids into Russian-language classes.

Tajikistan’s constitution guarantees access to a free education for children. In reality, not-so-concealed bribery is part of the process. Parents are often required to contribute “voluntary fees” to public schools’ “development funds.” Principals establish their own rates. Though the fees can seem modest enough to be ignored – about $10 per month per child – it is difficult to get an explanation about where the money goes.

“Teachers’ beggarly wages create conditions for corruption in educational institutions, some of which have turned into trade fairs,” said economist Khojimuhammad Umarov. Classes are crowded, teachers often unqualified and – because they are dependent on informal payments from parents to survive – no longer respected, Umarov added.

A secondary-school teacher in Dushanbe told EurasiaNet.org that out of the $10 parents pay each month, he receives $2 per student in addition to his $160 salary. The rest, $8 per student, goes to the school principal. “Perhaps, some of it goes higher up the food chain,” he speculated. His school’s former principal, who used to take vacations to places like Turkey and Greece several times a year, was fired a couple of years ago.

By most accounts, the education system in Tajikistan is in a deplorable state. As they try to prepare their children for the future, concerned parents increasingly see Russian-language instruction as the best available option. Knowledge of Russian remains a vital skill. With few jobs available in Tajikistan, each year over a million people – perhaps one-half of working-age men – go to Russia to work.

The problem is that demand for Russian-language instruction in Tajikistan now outstrips the supply. According to Education Ministry statistics, fewer than 15 percent of students in Dushanbe are enrolled in Russian classes; far fewer attend schools where Russian is the primary language of instruction (in Dushanbe, only five out of several hundred schools). Outside the capital, access to Russian-language instruction is scarcer still.

Several parents confirmed to EurasiaNet.org that the unofficial “enrollment” fees at Russian-language schools, because they are considered superior, run as high as $2,000—a fortune in a country where the average monthly wage is about $200.

Registration is difficult. “One must have a reliable mediator, otherwise, nobody [in the school] will talk with you. Police [who are not trusted] won’t do anything. The system is bulletproof,” said a parent in Dushanbe.

At the Tajik-language school where journalist Zebo Tajibaeva sends her daughter, parents told her last month that during registration they paid between 600 and 1,000 somoni ($120 and $200) to enroll their children in beginner-level Russian-language classes. “Half the children in my daughter’s class speak no Russian at all. So, instead of learning, my daughter must watch how her classmates study Russian?”

Some fear that authorities are intent on squeezing out the few remaining Russian-language programs as part of an ongoing program to Tajikify the country — a nationalist push that parents say runs counter to the needs of their children.

On August 22, the Asia-Plus news agency provoked an impassioned debate when it reported that educational officials have recommended the five Russian schools in Dushanbe not enroll children from ethnically Tajik families. Officials denied the Education Ministry had issued such an order, but confirmed a recommendation does exist to ensure children who do not speak Russian at home do not experience problems.

Improving Russian-language education is critical for Tajikistan’s economic well-being, according to former education minister Munira Inoyatova, who now heads the Child Rights Center, a non-governmental organization. “The flow of migrants [to Russia] will not decrease in the near future. Migrants must have a working knowledge of Russian to be able to protect their rights and access better jobs,” Inoyatova told EurasiaNet.org. “There is a lack of textbooks in [Tajik]; terminology is not developed. […] In many Western countries, English is a second compulsory language. The Russian language should become the main second language within the [former USSR].”

Mikhail Petrushkov, the local representative of the World Coordination Council of Russian Compatriots Living Abroad (VKSRS), bemoaned the loss of the Russian language’s official status in Tajikistan back in 2009. “The growing population, the surplus of manpower along with a huge number of labor migrants in Russia must compel the Tajik authorities to seriously think about the quality of education. Without exaggeration, this is the matter of national security [for Tajikistan],” Petrushkov told EurasiaNet.org.

When Russian officials visit Tajikistan, their Tajik counterparts seem eager to expand Russian-language education. But rarely has that excitement translated into action. For example, when Valentina Matvienko, the chair of Russia’s Federation Council, visited Dushanbe in March, she offered to send Russian-language instructors. Shukurjon Zukhurov, speaker of the Tajik parliament’s lower chamber, indicated that the government would welcome the teachers.

“The Tajik people recall Russian teachers with deep respect and gratitude. They made a valuable contribution in the formation and development of the Tajik national education in Soviet times,” local media quoted Zukhurov as saying.

Six months have passed since Matvienko made the offer, and the program, like ones promised before it, appears to have stalled.