Kakha Kaladze had been the most popular politician in the country. Now he is under attack after a girl was killed as a result of what many suspect is corruption or negligence. 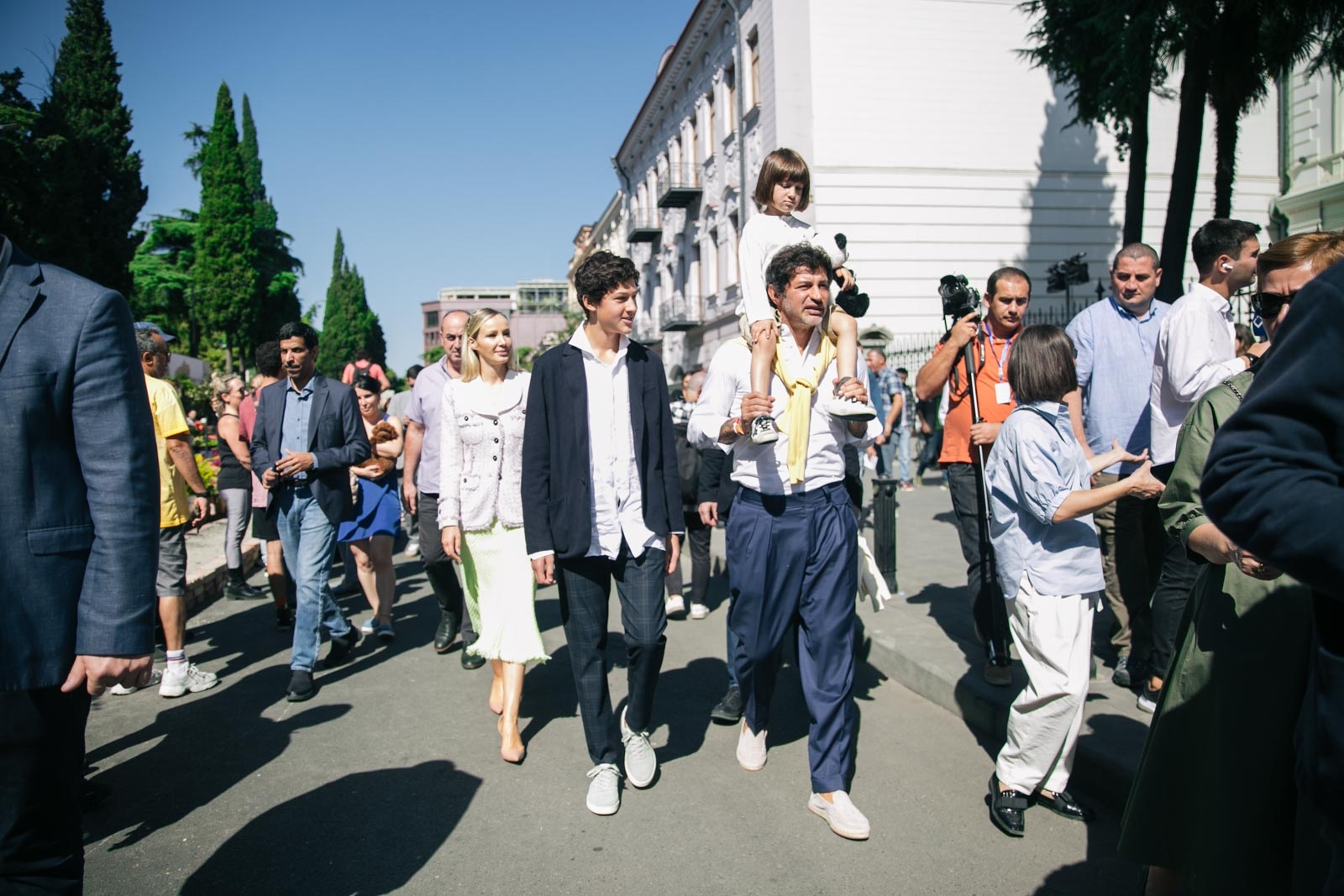 Calls have mounted for Tbilisi mayor Kakha Kaladze to take responsibility and resign after a teenager died of electrocution in a fountain in a city park.

On October 13, three teenagers were electrocuted after stepping into a newly renovated fountain in Vake Park, Tbilisi’s premier outdoor recreation area. One, a 13-year-old girl, died, while two boys survived thanks to a park maintenance worker who pulled them from the water and a passerby who rendered first aid.

The incident has put pressure on Kaladze, once the most highly regarded member of the ruling party, who is coming under growing criticism as life in Tbilisi becomes ever more chaotic.

The young girl’s death has become the most talked-about subject in Georgia, playing as it does on parents’ worst fears, as well as a pervasive sense that one's personal safety in Georgia is ever precarious. Police have launched an investigation into possible violations of electrical safety regulations that led to the accident.

“Of course, the investigation will find out everything,” Kaladze said on October 13. “All of those guilty will be held responsible before the law, including me – if I am guilty of any wrongdoing, I am ready to face responsibility.”

But it is a different type of responsibility – political – that critics say Kaladze must face for an incident like this happening under his administration. Many suspect that corruption or negligence lies behind the tragedy and are calling for the mayor to resign regardless of what the police probe establishes.

“It is our civic responsibility to not allow anyone to get away with the crime that led to the death of a 13-year-old,” wrote the organizers of a protest rally. “The mayor and his staff members have to take moral, legal, and political responsibility for the incident.”

In the wake of the accident many have argued that it was likely the result of corruption. The company that carried out the Vake Park renovations, Greenservice+, had already come under scrutiny in the months before the accident, when it was found to have secured suspiciously generous deals from the city government. Its founders also were convicted of corruption for contracts they received under the previous government.

But the mayor does not appear to be willing to step down.

Instead, he has been attempting to deflect the backlash via a series of public appearances, first at the funeral service of the young girl and then posing with a mournful face in a separate meeting with Devi Mezurnishvili, the park gardener who has been hailed as a hero for helping save the teenagers’ lives. He then visited a recovering survivor of the accident at home, giving the young boy a soccer jersey with his name on it.

Kaladze, a former soccer star, is in his second term as mayor and represents a rare example of a politician from the ruling Georgian Dream party who is generally liked. He presents an image of a debonair family man, regularly posing with his wife and several children. He makes frequent public appearances, either in person or streaming on social media. And unlike most party officials, whose agendas seem to revolve solely around keeping the opposition out of power, he has put forth a positive vision of a more livable Tbilisi, focusing on pedestrians and public transportation. In a March 2022 poll, he was identified as the most popular politician in the country.

It is Chavchavadze Avenue, the street in Tbilisi’s central Vake district that leads to the park where the tragedy occurred, that has become the most illustrative example of Kaladze’s politics. After a series of renovations, pedestrians can now walk on wide sidewalks without having to dodge chaotically parked cars, as is the case in much of the rest of the city. New bicycle and bus lanes, too, create an orderly flow of traffic rarely seen in Tbilisi. “A city full of life” has been his slogan.

“I promise that in four years, Tbilisi will be the greenest, the most organized, and most beautiful city in Europe,” he pledged as he ran for reelection last year.

Outside of Vake, though, that pledge seems a deeply remote prospect. In recent weeks, the city has been beset by seemingly permanent traffic jams. Public transportation isn’t much help, as bus lanes are still rare in most of the city and photos of packed metro stations regularly appear in Georgian social media.

Even neighborhoods on the outskirts are now experiencing the chaos once limited to the central parts of the city, as intensive construction projects and rapid population growth are congesting and dirtying once remote districts.

Now, in the demonstrations that have followed the tragedy, protesters have mocked Kaladze’s slogan, with signs like “city full of corruption” and “city full of death.”

His career appears safe – he still has a well of public support to draw on, and the party doesn’t have many likable alternatives – it is nevertheless taking a hit.

While he will rely on his well-known PR team to get him through the dark times, even that has come under increasing scrutiny for its heavy use of public money.

“Employing PR technologies for the Vake Park tragedy, which Kaladze did, is a disgrace and hopefully a large part of the public can see behind the mask,” Tamta Mikeladze, program director at local NGO Social Justice Center, wrote on Facebook.