The project aims to both combat desertification and provide a livelihood for war refugees. 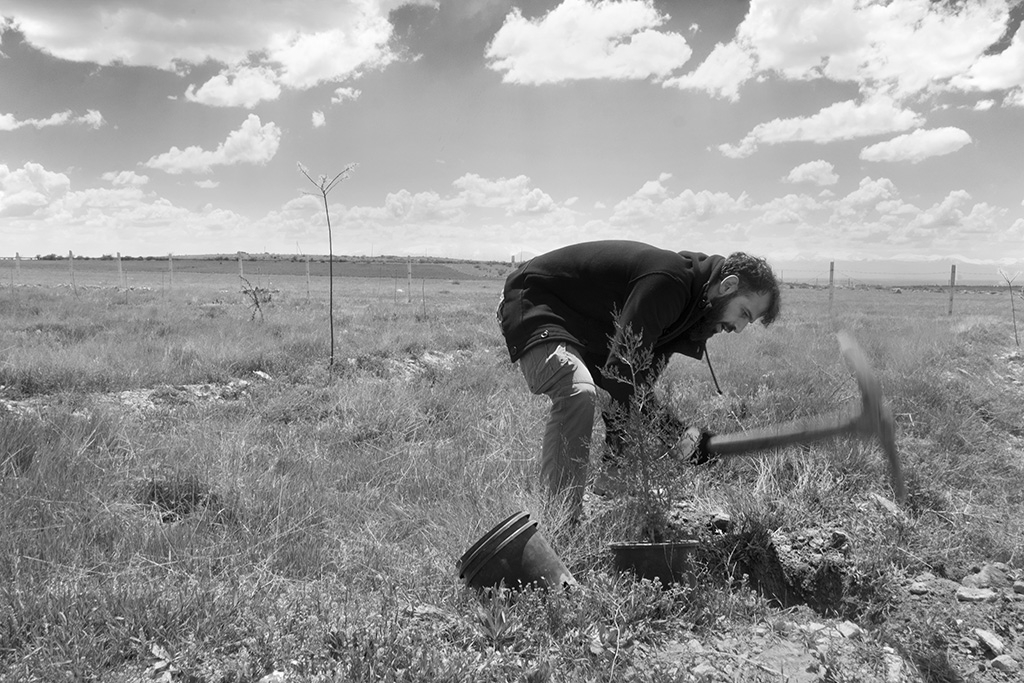 All photos by Winslow Martin

When Svetik Tarjumanyan fled to Armenia, the village she settled in, Sasunik, was a “desert,” she recalls. An electrician who had worked at a fur factory in Baku, she was suddenly thrust into rural life. She recalled the “dark and cold” years of the war between Armenians and Azerbaijanis, when she made a living by milking cows in the village and carrying 15 liters of the milk, on her back and on foot, to sell in Yerevan about 15 miles away. 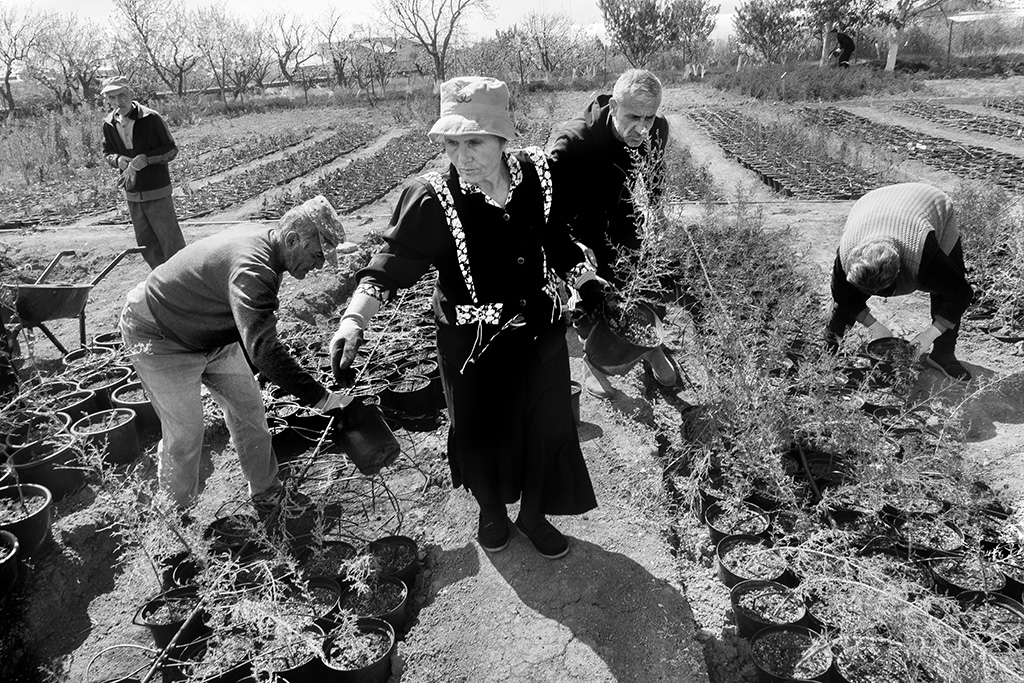 Eventually, though, help came in the form of the Armenia Tree Project. Spearheaded by an Armenian-American woman, Carolyn Mugar, the project was aimed both at combating the deforestation that was plaguing Armenia and to create employment for the many refugees from Azerbaijan who had settled in the area, part of the hundreds of thousands on both sides of the conflict who were forced to flee their homes.

“Carolyn saw that people were burning trees to heat their houses and that the country would become a desert if nothing was done,” said Samvel Ghandilyan, who at the time was a volunteer with the project and helped establish a tree nursery in the neighboring village of Karin. “It seemed impossible – the three main ingredients for planting trees were just missing: no water, no place to plant them, and no workers.”

Karin had been established in 1991 as a place for refugees to settle. The Armenia Tree Project recruited the refugees as workers, and set up nurseries and irrigation systems to get the trees growing, even bringing in new soil in which to plant. Since then, over half a million trees have been grown in Karin and transplanted across Armenia. The project has two other nurseries, as well, and in total the project claims to have planted 5.7 million trees across Armenia and Nagorno-Karabakh, the territory Armenian forces took control of as a result of the war with Azerbaijan.

Tarjumanyan has worked at the nursery since 1997 and credits the project for keeping her in Armenia, along with her seven grandchildren. “Only then did I get a peace of mind and a stable income,” she told Eurasianet. “If I didn’t have this job I would have left the country.” 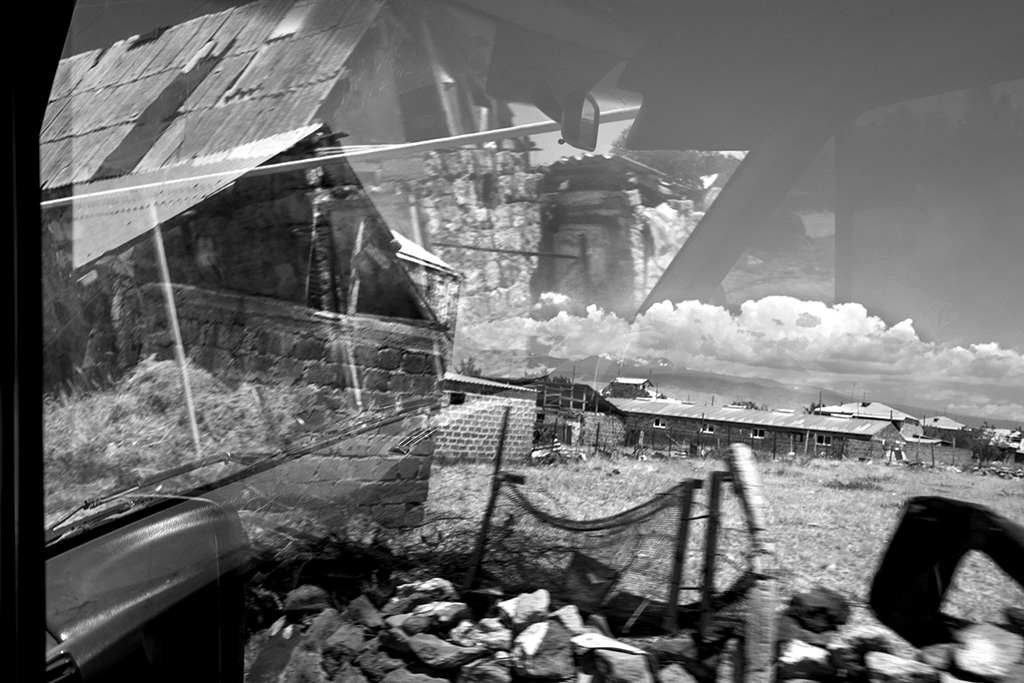 Like Tarjumanyan, most of the workers at the nursery are Bakuvians and “they didn’t know the first thing about village life,” said Ghandilyan, who now manages three of the projects’ nurseries. But they adapted, and jobs at the nursery kept them in Armenia. “Recently they counted that out of 106 families [of refugees in Karin], 98 stayed, which is a very good number for Armenia,” he said with evident pride.

But there is only so much a nursery can do. Employees make around $300 a month, and the village still appears deserted, with dirt roads and small houses. 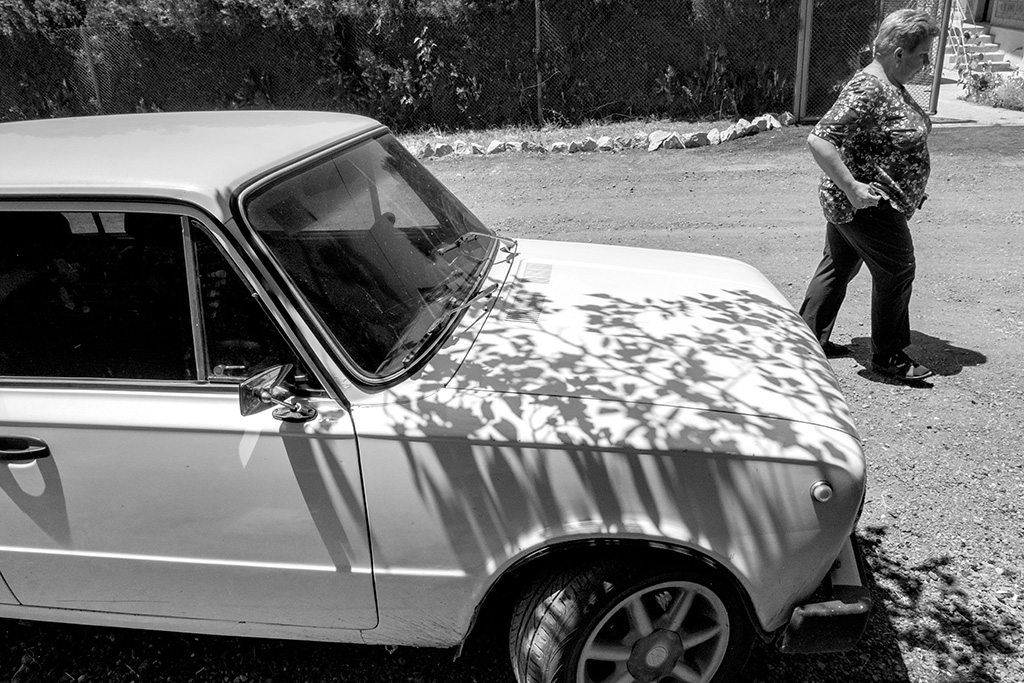 Gayane Hovhannisyan, 51, also left her home in Azerbaijan (Kirovabad, now Ganja) in 1988. She bounced around between different towns in Armenia and Russia before settling in Karin in 1994. “There wasn’t a nursery here then. There was no electricity, no water no jobs,” she said. “I never did any kind of agriculture work but I’ve gotten used to it.”

But her son moved to Russia for work, and she said that as soon as he sends her enough money to move, she will follow. I’m grateful for my job,” she said. “But that’s all that there is.” 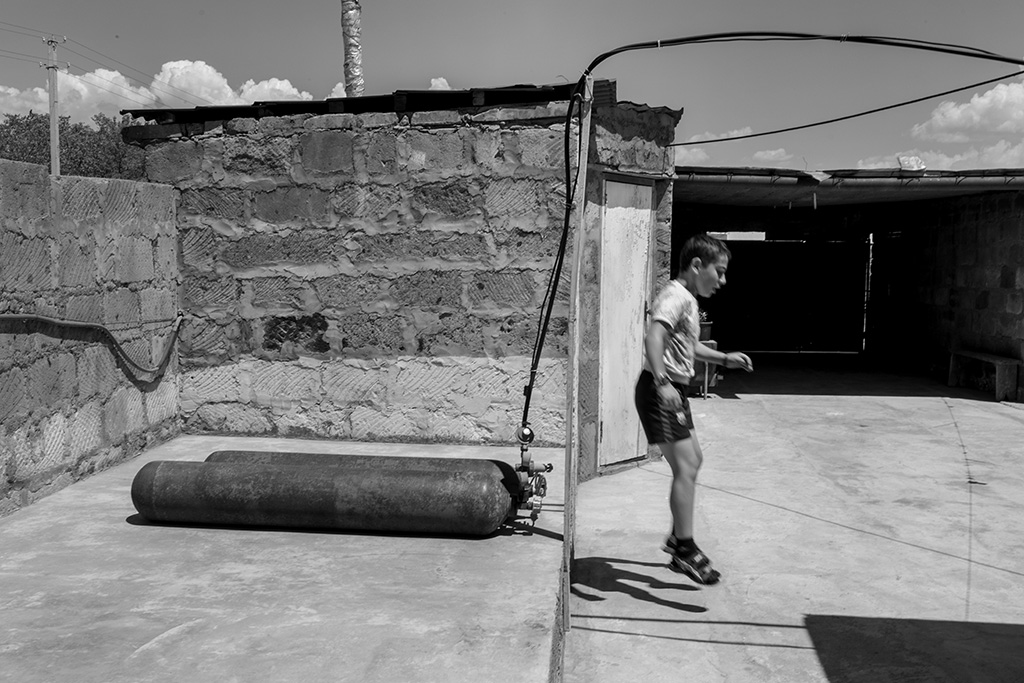