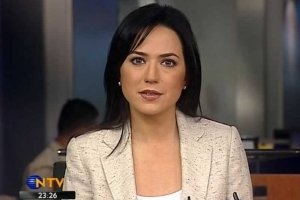 For the last few years, dark-haired news anchor Banu Guven was one of the main and most popular faces of Turkish news network NTV. This summer, soon after Turkey's June 12 parliamentary election, Guven was unexpectedly fired. The network has said little about why she was let go, but Guven claims it was because her bosses were worried that the airtime she wanted to give Kurdish activists and politicians in the run-up to the election might anger the government of the ruling Justice and Development Party (AKP). According to Guven, her request to interview Leyla Zana, a popular candidate (and now MP) with the pro-Kurdish Peace and Democracy Party (BDP), was shot down. Meanwhile, another pre-election show she did with well-known Kurdish novelist and activist Vedat Turkeli, in which her guest praised the jailed leader of the Kurdistan Workers' Party (PKK) and threw his support behind the BDP, has since been removed from NTV's online archives and appears to have further angered her bosses.Guven has now issued an open letter to Turkish Prime Minister Recep Tayyip Erdogan, accusing his government of fostering an environment that has forced media outlets to practice self-censorship if they want to stay alive. This accusation has been put forth before, mostly by members of Turkey's more secularist news organizations, but Guven is probably the most high-profile media figure to make the claim.The government might not be the only one to blame in this. Turkey's media landscape is increasingly becoming dominated by large conglomerates that also have various other business interests, from roadbuilding to textiles, which they do not want to jeopardize by crossing Ankara. The Council of Europe's Commissioner of Human Rights, who recently visited Turkey and issued a report about press freedom, raises this as one of the "worrying" trends he saw in the country. His report can be found here. Today's Zaman columnist Yavuz Baydar also tackles the question of how the interaction between business and politics is shaping news coverage in Turkey. The column can be found here.