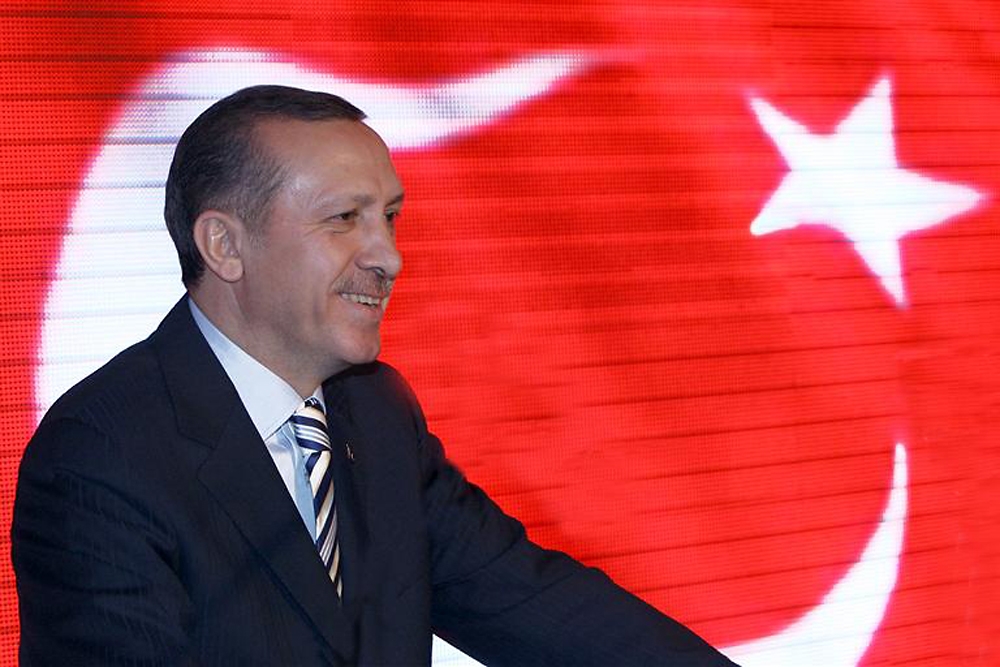 Erdoğan has often promoted that Turkish women should have at least three children. (Photo: Office of Turkish Prime Minister)

A debate in Turkey over abortion is growing increasingly heated. But, unlike earlier controversies sparked by the Islamist-rooted Justice and Development Party’s reform initiatives, the opposing camps in the abortion battle do not necessarily fall along secular-versus-religious lines.

Abortion until the tenth week of gestation has been legal in Turkey since 1983. Yet last month, Turkish Prime Minister Recep Tayyip Erdoğan stridently criticized abortion as tacitly unpatriotic, and the Ministry of Health subsequently indicated that the window of opportunity for abortions could be reduced to as little as four weeks after conception.

After encountering considerable pushback, there are signs that Erdoğan’s government may be backtracking. A report on the government’s proposals was expected on June 25, but had not been released as of mid-afternoon. Citing an unnamed parliamentary source, some media outlets reported earlier that the planned restrictions on abortion had been scrapped. EurasiaNet.org contacted the Health Ministry, and officials there seem to be keeping their options open. A ministry representative told EurasiaNet.org that the report would probably be presented to the cabinet in the next few days. If the plan moves forward, parliament will have a say in the matter.

That contention is highly debatable. Fifty-five percent of 1,500 respondents in a national telephone survey conducted in May and June by the daily HaberTürk expressed opposition to the proposed restriction, and thousands-strong protests have been held in Istanbul.

There seems to be no consensus among religious scholars on an abortion time limit. Beyza Bilgin, a professor of religious education at Ankara University, is among those who think the current limit conforms with Islamic teachings. "It is allowed to abort if the abortion is performed before the fetus is formed,” Bilgin was quoted as saying by the Bianet.org news website in late May. “The ulama [Islamic scholars] say: 'if the soul has not yet been breathed into [the fetus], this does not count as murder.' Back then, the ulama spoke of 42 days. Today, doctors say 10 weeks. This is allowed."

In May, Prime Minister Erdoğan likened abortions to the 2011 Uludere massacre, in which 34 Kurdish civilians were killed in a botched airstrike. He argued that abortions and elective Caesareans formed parts of “secret plots” to slow Turkey’s economic growth, one of the world’s highest at 8.5 percent in 2011. Erdoğan in the past has urged couples to have at least three children.

Prime Minister Erdoğan’s unexpected statement was followed by a string of sharp remarks by several government officials. Health Minister Recep Akdağ outraged critics by saying that women who had become pregnant as a result of rape should still give birth, and let the government take care of the baby. The Ministry of Religious Affairs also joined in the fray with a fatwa declaring abortion “a grave sin.”

Critics counter that restricting abortion to the point of making it impractical or banning it outright will do further damage to the treatment of women in Turkey, which ranks 122nd out of 135 countries on the World Economic Forum’s gender-gap index. “Banning abortion will … result in grave social problems like forced marriages, child poverty, more single mothers who will struggle to make ends meet,” commented Dr. Mustafa Ziya Günenc, a gynecologist at Istanbul’s 160-year-old German Hospital.

Many fear that, as a consequence, a ban or tightened restrictions might push abortion into back alleys again, with poor women having to resort to life-threatening abortion methods and wealthier women simply going abroad for the procedure. “Evidence from around the world indicates that where access to abortion is restricted or banned, lives of women are put at risk, as many resort to unsafe abortion methods,” said Amnesty International campaigner Milena Buyum.

Such concerns, in fact, motivated the government in 1983 to facilitate access to abortions, noted gynecologist Günenc. Abortions had been allowed in Turkey on medical grounds only since 1965.

At the time, he claims, citing data from the early 1980s, “250 out of 10,000 pregnancies ended with the mothers’ deaths, and 225 of these deaths occurred because the women tried to abort using wire, chemical substances or bird feathers.”

While some critics have charged that Turkey’s increasingly Islamic atmosphere has contributed to the call for tighter restrictions on abortion, some conservative Turkish women agree that the restrictions are not worth the health risk. In a recent press release, influential Justice and Development Party MP Nursuna Memecan announced that she did not agree with her party’s stance on abortion, and predicted “that a complete ban would have very bad consequences.”

“[Abortion] doesn’t disappear when it is banned, but it goes underground, adding to women’s difficulties,” Memecan said. “It puts lives at risk.”

One feminist activist, who underwent an abortion at 19 to end an unwanted pregnancy, readily agrees.

“The government needs to take its hands off our rights,” argued Bervin Hatacikoglu, who works for the Istanbul Feminist Collective, one of the groups protesting the proposed restrictions. “Our bodies are not government fields, and we are not simply reproduction machines.”

Constanze Letsch is a freelance writer based in Istanbul.