Turkey: Amid Islamic Revival, What Right to Freedom from Religion? 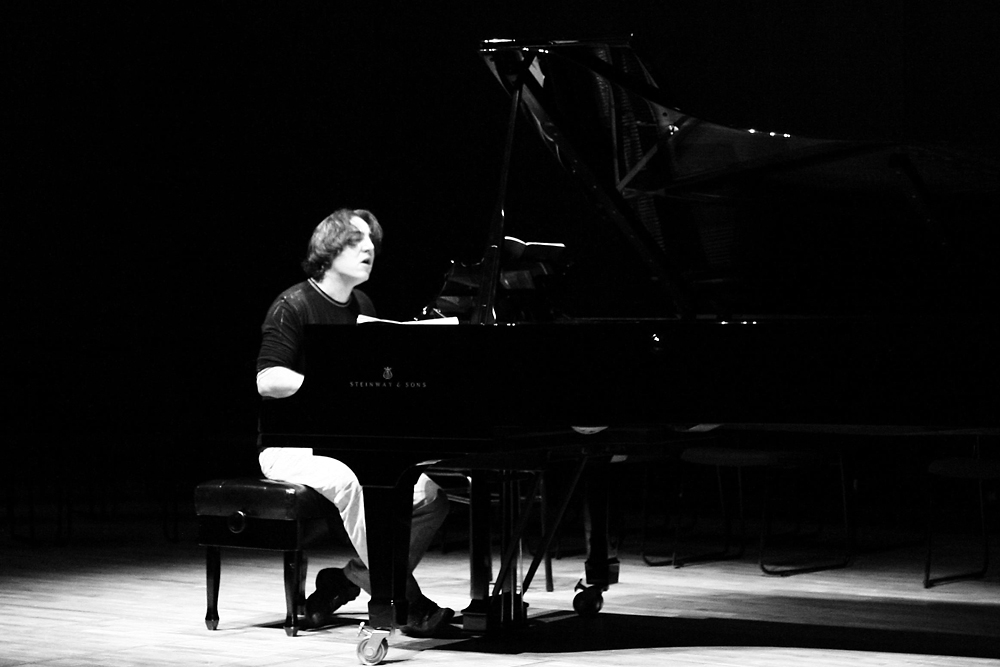 Say’s conviction signals a turn away from freedom of expression in Turkey, observers say. (Photo:

The recent conviction of Turkish virtuoso pianist Fazil Say on charges of blasphemy is sending a troubling message to secular Turks that the Turkish government values religious expression only if it conforms to authorities’ views on religion.

Forty-three-year-old Say, an atheist and outspoken critic of Turkey’s Islamic-rooted government, was convicted on April 14 for re-tweeting a series of ironic comments on religion, including lines by the 11th century Persian poet Omar Khayyam. Although Khayyam’s writings are freely available in Turkey, an Istanbul court ruled that Say had incited “religious hatred” under Article 216/3 of Turkey’s penal code, and sentenced him to a suspended 10-month prison sentence.

Say currently is touring abroad and any plans to return to Turkey are not known.

But the suspension of his prison sentence has done little to qualm rising misgivings among those Turks who believe the pianist was punished for his opinions alone.

The US Department of State’s recently released annual human rights report echoed those misgivings, noting that in Turkey “[journalists], academics and writers … were afraid that criticizing the state or government publicly could result in civil or criminal suits or investigations.”

Say is not the only musician facing official scrutiny. One of Turkey’s most successful folk music groups, the left-wing Grup Yorum, is fighting hundreds of court cases under the country’s anti-terror laws; most of the cases center on their support of leftist ideas.

Despite international condemnation of Say’s conviction – Amnesty International termed it “[a] chilling warning” – the government is sticking up for the court ruling. The problem, officials assert, is not about the right to freedom of expression; rather, after decades of aggressively state-promoted secularism, it is about the right of Muslim believers not to feel publicly defamed without redress.

“Everyone is equal before the law,” said Culture Minister Omer Celik speaking to reporters on April 15 in London.

Turkish Prime Minister Recep Tayyip Erdoğan, a devout Muslim, demanded that reporters not “bother” him with questions about Say’s conviction.

Diplomat Ekmeleddin İhsanoğlu, the general-secretary of the 57-member Organization of the Islamic Conference, provided some insight into the government’s views. “How can someone practice his religion freely in dignity and without fear, if his religion, which is part of his or her identity, is denigrated and insulted?” asked İhsanoğlu. “We are not against exercising freedom of expression; we are against abusing … freedom of expression.”

At a United Nations conference in February, Prime Minister Erdoğan argued that “Islamophobia” ranks as a crime against humanity, just like anti-Semitism or fascism. Although Turkey has not yet put that view into law, Erdoğan has indicated that the government might further tighten restrictions against blasphemy.

Critics see irony in Erdoğan’s position. In 1998, Prime Minister Erdoğan, then the mayor of Istanbul, served four months in jail for allegedly inciting religious hatred after quoting lines from a famous Turkish poem that “Minarets [are] our bayonets and the faithful our soldiers.” His jailing was part of a crackdown on Islamic influences by Turkey’s staunchly secular military.

Now, with Erdoğan in power for more than a decade, the responsible generals are in jail on treason charges. Yet the prime minister appears to see no similarity between his case and Say’s.

İştar Gözaydın, a law professor at Istanbul’s Dogus University who has studied the uneasy relationship between religion and the Turkish state, worries that the right to freedom from religion could be at risk.

“There used to be a problematic time for … believers,” Gözaydın said. “However, now, it’s just the opposite.”

The prime minister, she noted, has proposed efforts to promote a greater sense of piety among young people, while the Diyanet, the government office that oversees policies toward Islam, has acquired a more active role in hospitals, women’s shelters and other social-welfare projects.

In education, the right of freedom from religion is coming into question. The start of the academic year saw hundreds of public schools across the country converted to religious-vocational schools, or imam hatips. On top of a normal curriculum, the schools have a heavy load of Islamic instruction. The decision has divided parents, some of whom say that they received no prior notice of the changes. “[T]he system is changing, and the mentality is changing,” angrily complained one man outside a newly opened imam hatip in downtown Istanbul.

But other parents dismiss such fears by emphasizing Turkey’s Muslim heritage. “All this criticism is an exaggeration because we are a Muslim country, so religion must be part of our education,” underlined one mother wearing hijab, the headscarf for practicing Muslim women.