It would be the most concrete step yet in restoring ties between the two sides, whose border has been closed for nearly three decades. 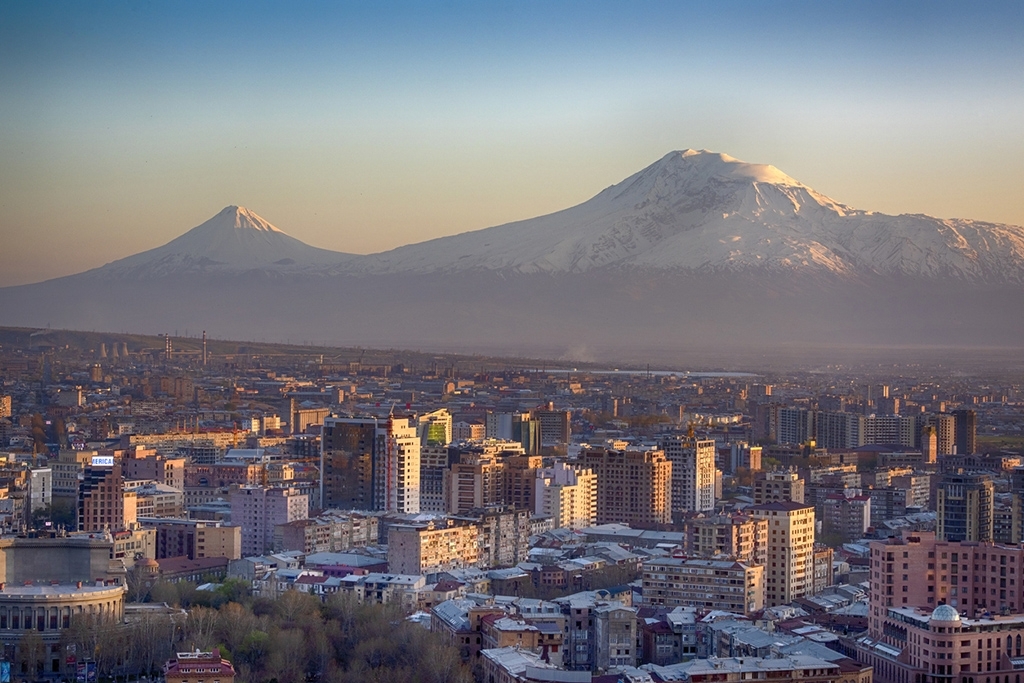 Mt Ararat stands behind the Armenian capital. The national symbol is across the closed border in Turkey. (iStock/guenterguni)

Turkey and Armenia have pledged to appoint special envoys to normalize bilateral relations, as the two sides move closer to restoring ties that have been broken for nearly three decades.

"We and Armenia will soon appoint special envoys to take steps toward the normalization” of bilateral relations, Turkish Foreign Minister Mevlut Cavusoglu said on December 13. "We will also open chartered flights with the Armenian capital city Yerevan.”

Cavusoglu also said that Turkey will take each step jointly with Azerbaijan, which has given signals that it intends to try to get some of its interests taken into account as its allies in Ankara pursue a deal with Yerevan.

Hunanyan, for his part, mentioned that Armenia is ready for normalization “without preconditions.”

The appointment of envoys would be the most concrete step taken so far to restore relations between the two neighboring states.

Formal ties were severed in 1993, during the first war between Armenia and Azerbaijan, when Turkey unilaterally closed the border in response to Armenians’ capture of territory surrounding Nagorno-Karabakh. The two countries made their most serious attempt to restore ties in 2009, with American and Swiss intermediation, but the effort broke down due to Azerbaijan’s intransigence.

But the results of last year’s war, in which Armenia lost control of the territories it had controlled around Nagorno-Karabakh, provided a new impetus to restore ties.

Various international partners have been encouraging the effort. In November, Russian Foreign Ministry spokesperson Maria Zakharova said that Moscow was ready to mediate between Ankara and Yerevan and that normalization “would undoubtedly contribute to the improvement of the general situation in the region."

The United States also has been pushing the effort. During an October meeting in Rome, President Joe Biden urged his Turkish counterpart, Recep Tayyip Erdogan, to open the border with Armenia, Bloomberg reported, citing an unnamed “senior Turkish official."

Yerevan has long been in favor of reopening ties, particularly given the economic losses it suffers from the closed border with its large neighbor. But following the defeat in last year’s war, in which Turkey provided substantial aid to Azerbaijan, many in Armenia are wary of any overtures toward Ankara.

Government officials have stressed the positive that restoring relations could bring.

"It is about starting diplomatic relations between Armenia and Turkey. This doesn't mean that Armenia is giving up its key state interests,” said Eduard Aghajanyan, a member of parliament from the ruling Civil Contract party, told journalists.“On the contrary, we are convinced that Armenia's state interest is to establish diplomatic relations with Turkey. […] There is simply no alternative but to establish good neighborly relations with neighboring countries."

Despite the high-level steps toward rapprochement, ties have remained mostly frosty. Armenia’s parliament is currently considering another extension to a ban on Turkish imports instituted after last year’s war. And Turkish airspace remains closed to Armenian flights after Ankara blocked it in August 2020.