Turkey: Betting on Wind Power, One Village at a Time 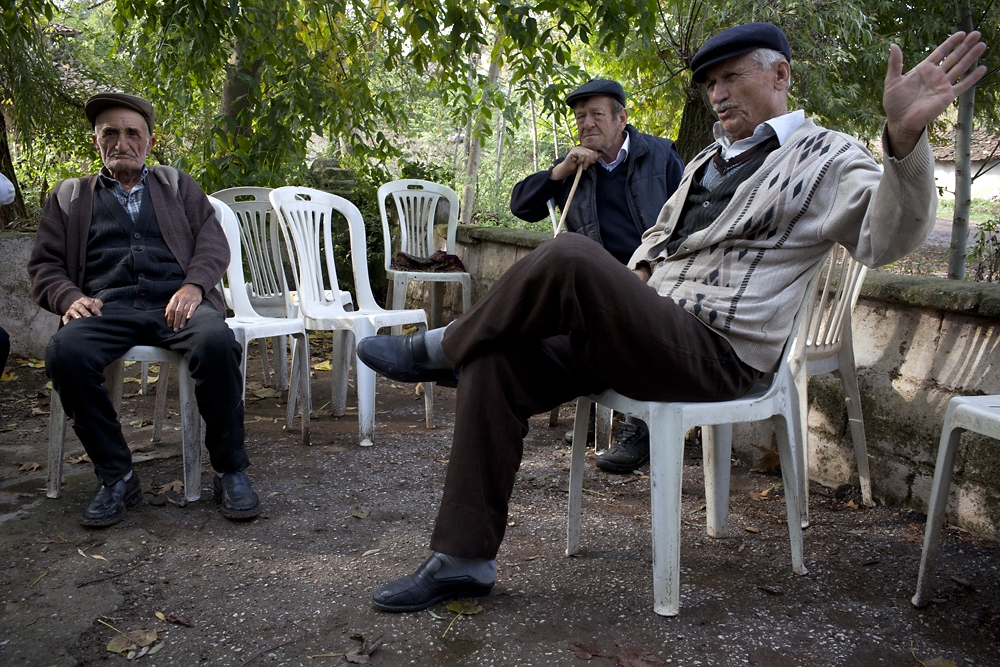 Sitting at the village center, residents discuss the problems with Akbıyık's water pump. 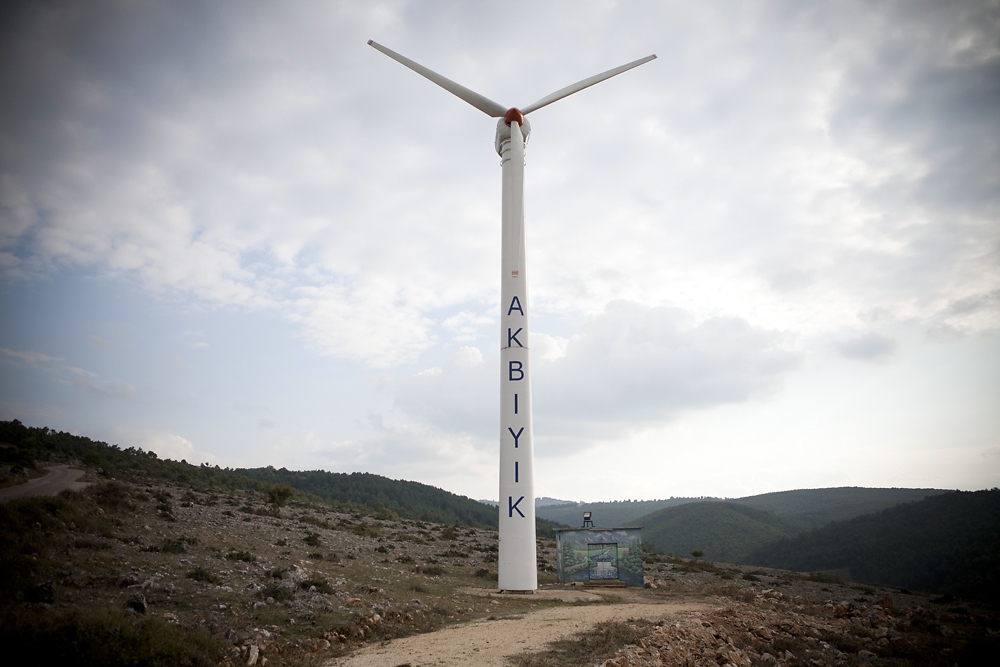 The windmill and its synchronization control system building sit on a hill overlooking the village. 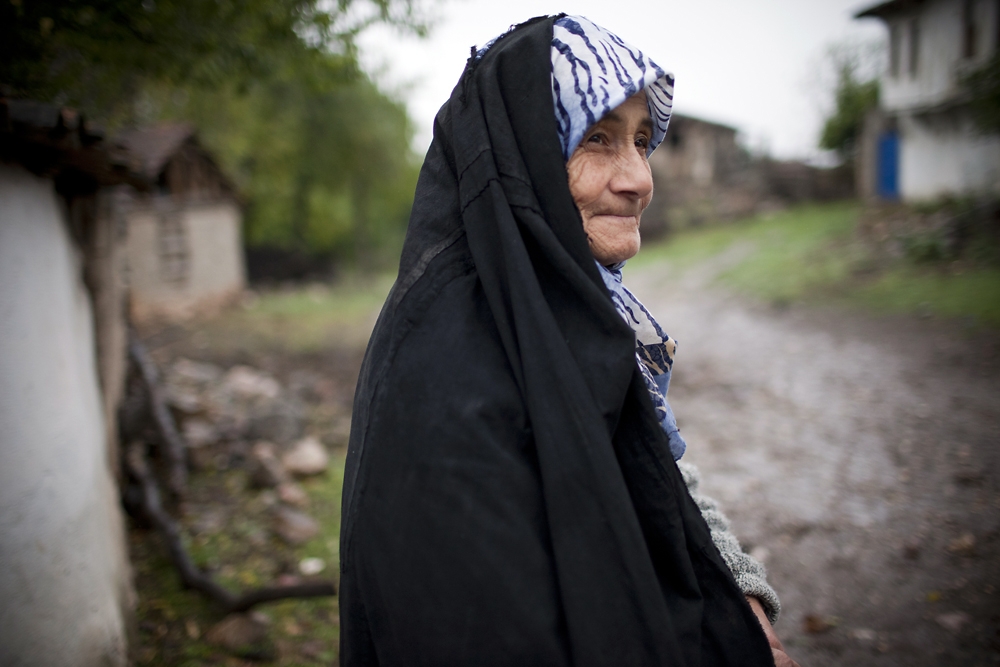 Lifetime resident Imdat Arica, 86, remembers when there were no tractors. "I was never sure the windmill would work," she says. 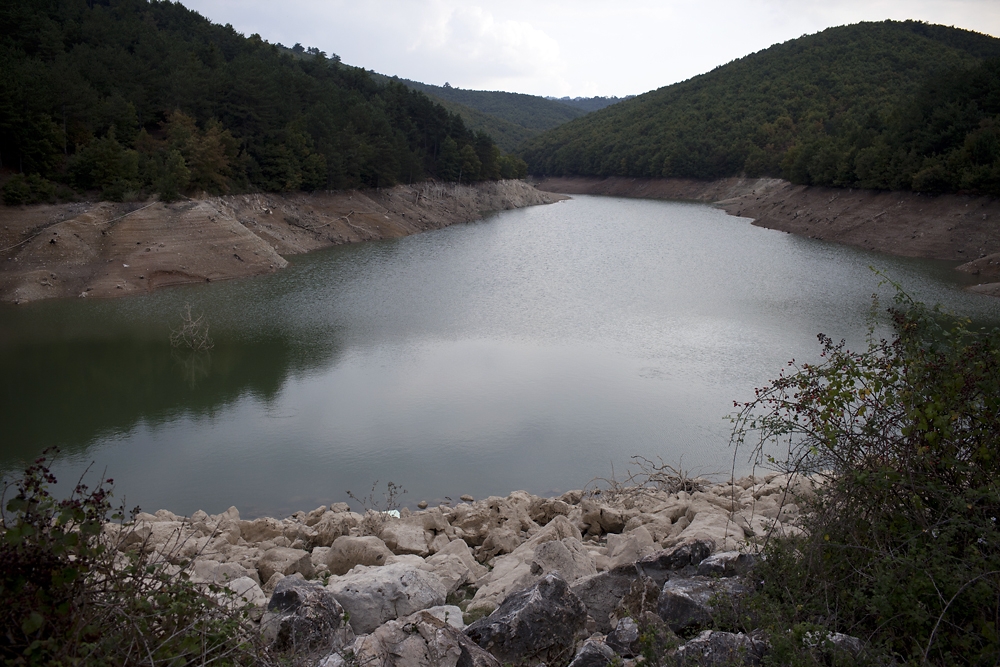 The village residents dammed a small river to create a reservoir, where they store water for their fields and homes. 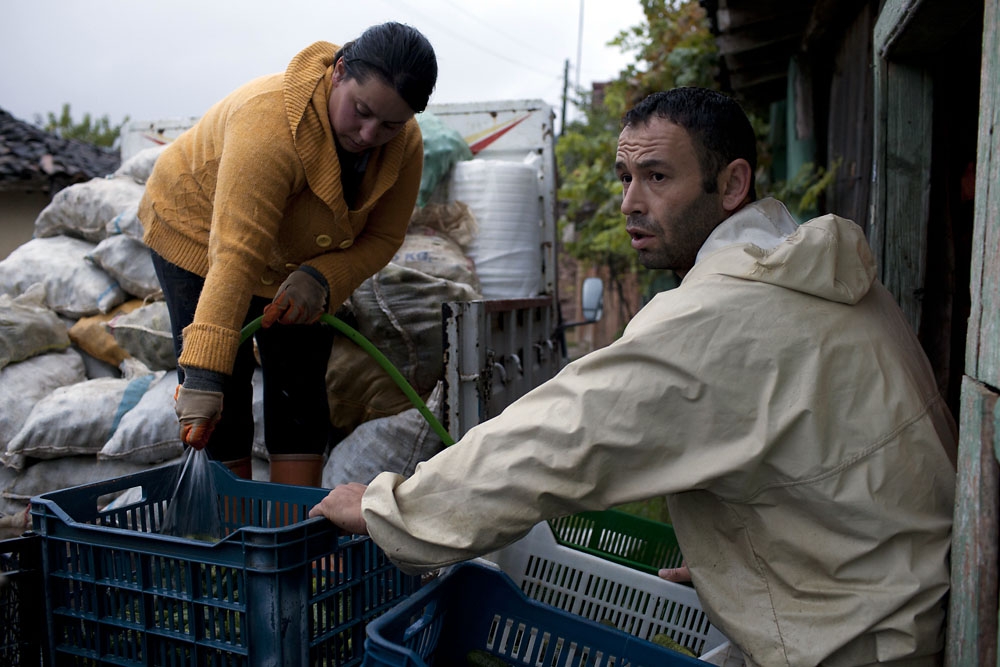 A young couple unloads bags of cucumbers, which they will pickle inside a house in Akbıyık. 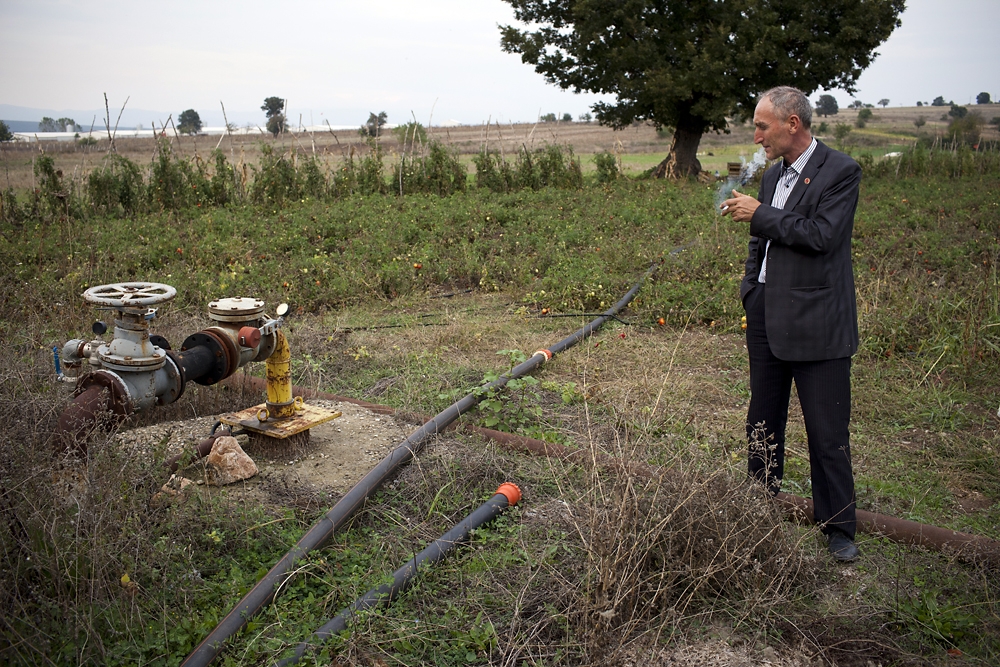 The municipality closed the village's water pump because the residents refused to pay their bills. 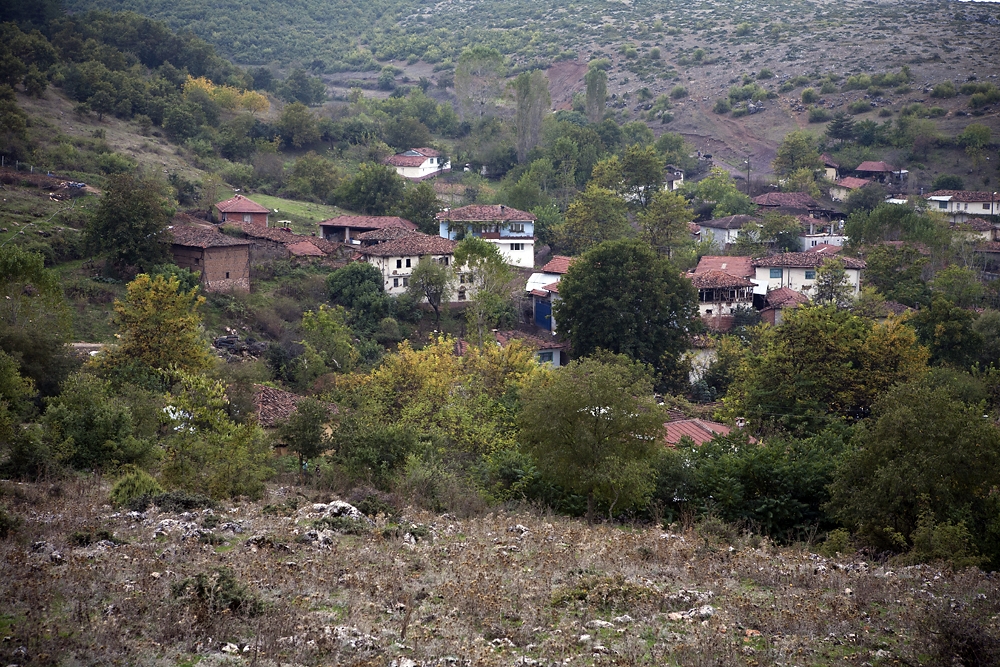 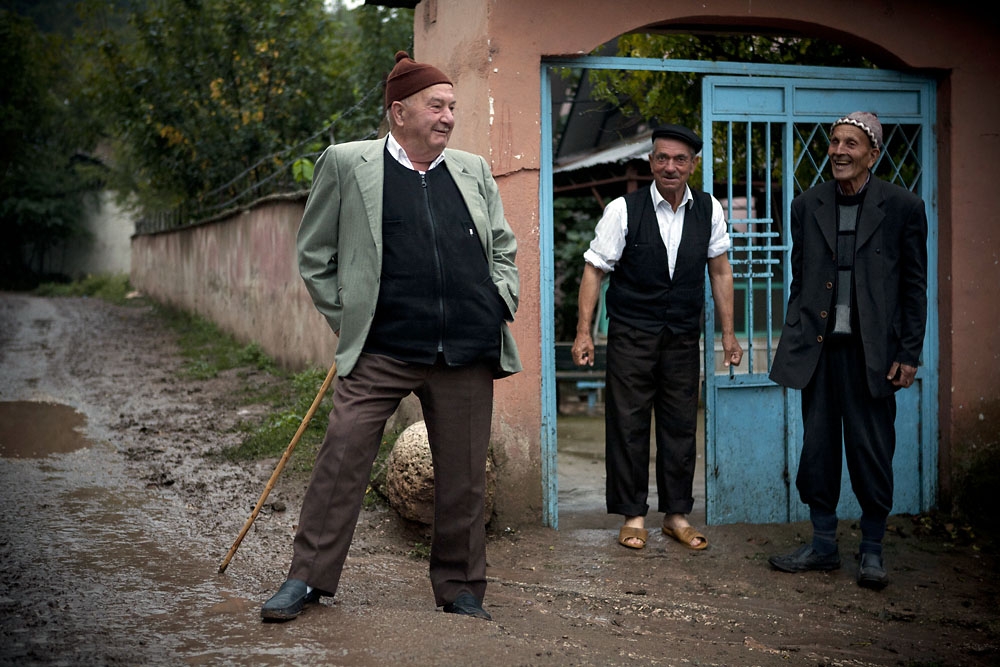 The majority of residents are in their 60s or older.

Mustafa Çiçek, Akbıyık’s mukhtar or village boss, brought the idea of the windmill to the residents. 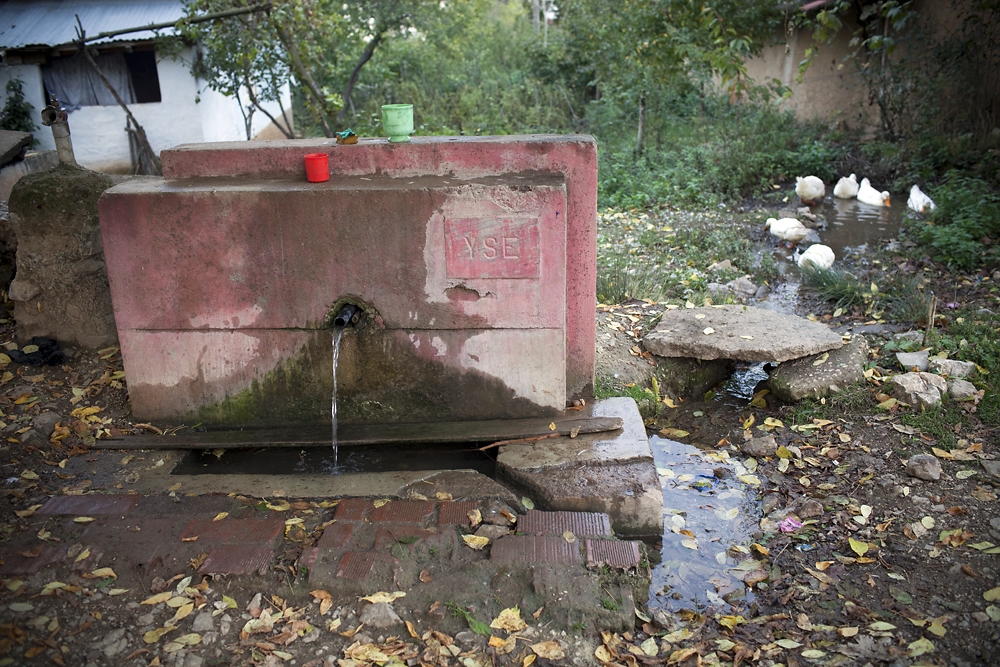 Water dribbles from one of the fountains connected to underground springs from where the villagers normally get their water. 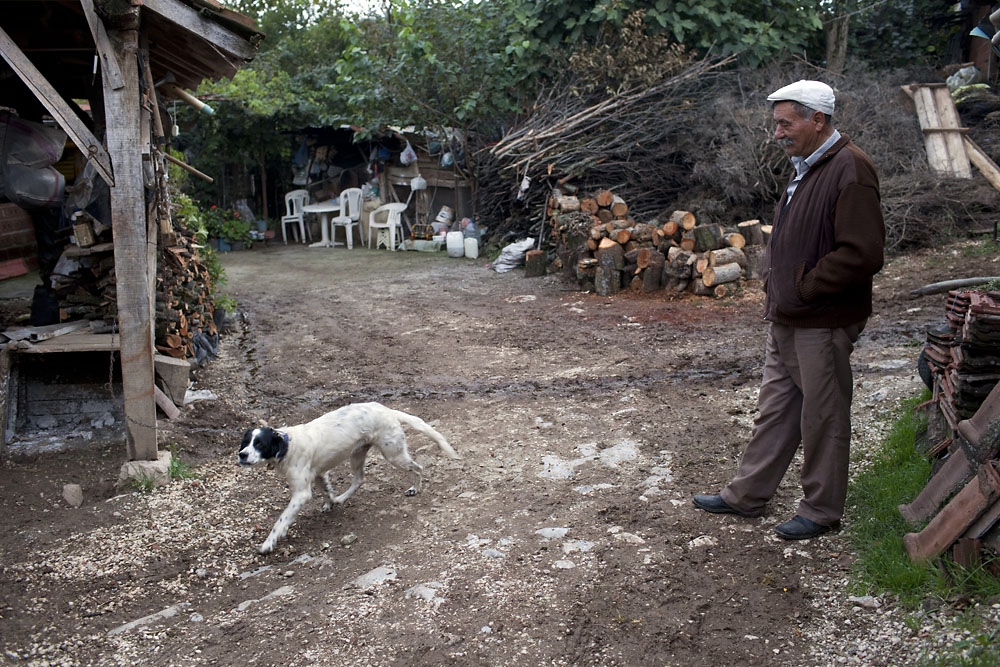 Most young people have left, seeking work in the cities. 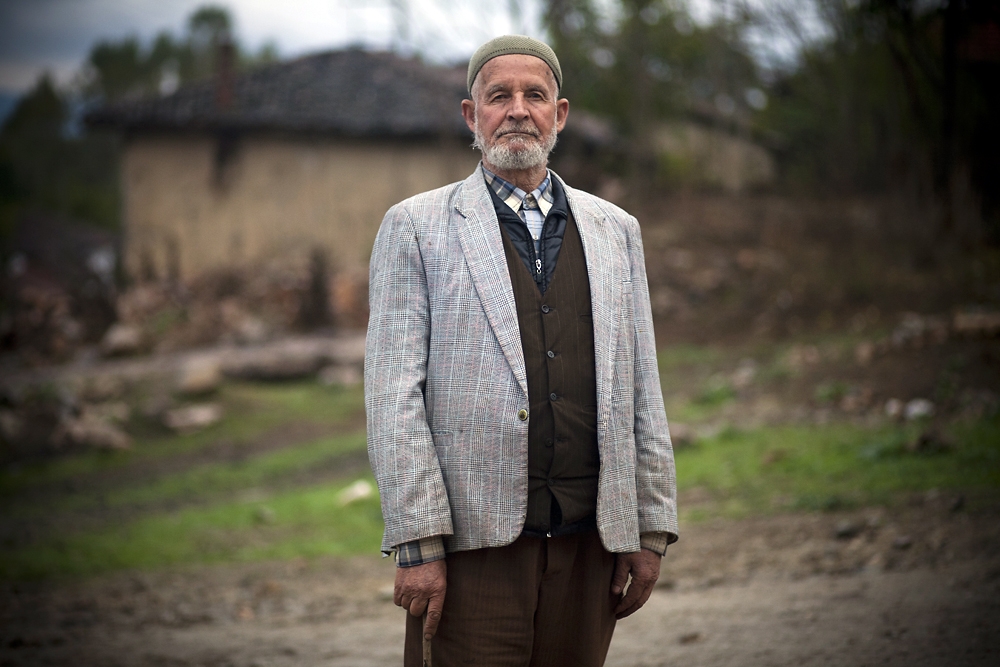 Villagers, mostly elderly men, did most of the work to build the windmill. 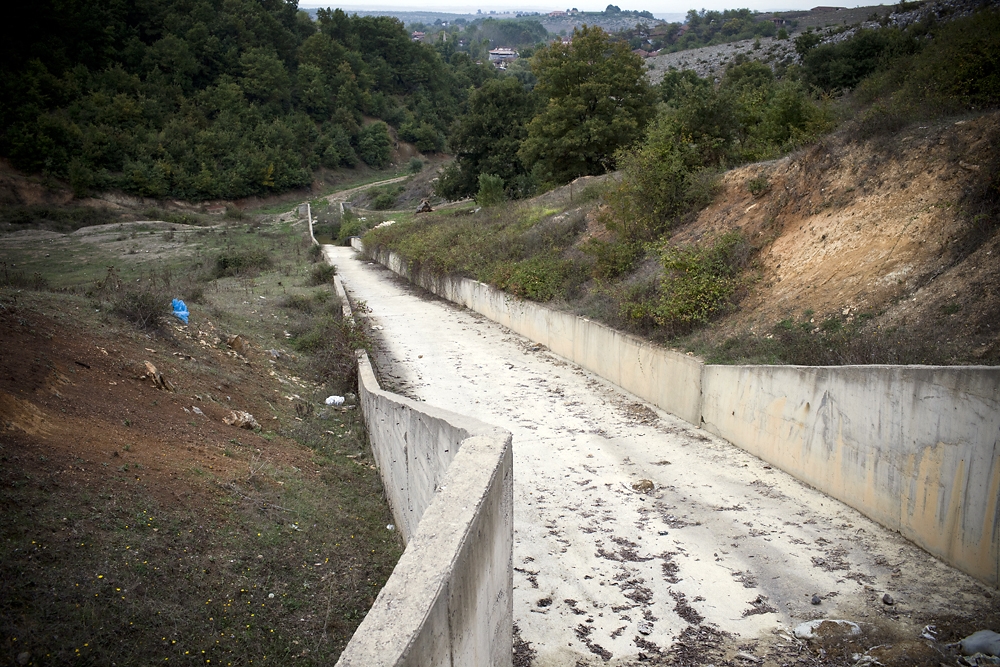 During the dry summer months water is directed from the dam to the fields through a cement trough. 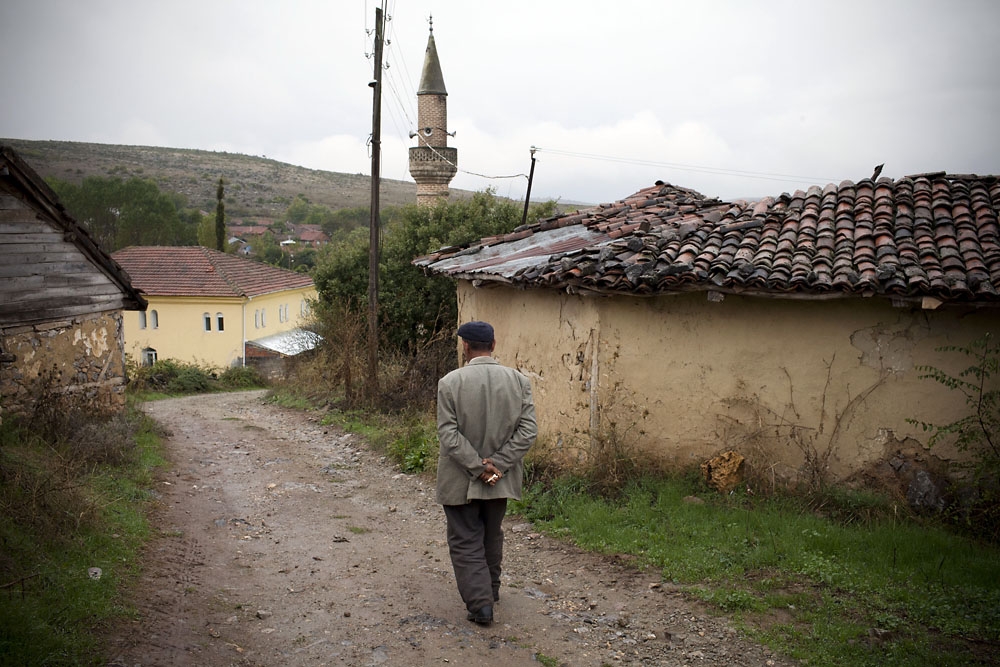 The village is still separated into areas that are majority native Turkish and majority Bulgarian-Turkish.
prev
next

Akbıyık, a village with 365 residents in Turkey’s western Bursa province, has a head start on the country’s plans to increase domestic energy production. The reason is simple -- it has a wind turbine and villagers eager to capitalize on a government push toward alternative energies.

Four years ago, Akbıyık villagers stopped paying the electricity bill for a pump that brought water from deep underground to a reservoir they’d built to store water for their homes and fields. The price was exorbitant, they say. With the pump shut off, Akbıyık residents -- mostly women -- for a year instead carried water home daily from village fountains connected to underground pools. Melted snow water and rain filled the reservoir for their fields, but the water was not enough. Then, Mustafa Çiçek, Akbıyık’s mukhtar or village boss, thought of the wind.

“Mustafa [Çiçek] contacted us,” said Ali Colak, a project manager at Soyut Construction and Engineering, an Ankara-based company that has been producing wind turbines since 2000. “He said, ‘We need an electrical source. We are interested in wind, maybe solar.’”

With slightly higher than average wind speeds (seven meters per second), Akbıyık, located on a hillside about 150 kilometers east of the Sea of Marmara, is in a prime spot for wind power. With solar energy cost-prohibitive, Colak and Çiçek decided on a 50-kilowatt wind turbine for the village. The village water pump only needed 37-kilowatts of electricity to operate, but Soyut did not design wind turbines of that size. So, Akbıyık offered to sell its windmill’s excess energy to the provincial administration. Pleased by the prospect, the administration agreed to grant Akbıyık 140,000 liras, about $75,582, for the wind turbine’s construction, over 66 percent of the total 210,000-lira ($114,390) cost.

The decision was in keeping with a recent push by the Turkish government for alternative or “green” methods of domestic energy production. Some experts estimate that the demand for energy in Turkey will increase each year by as much as 8 percent until at least 2017; a demand that cannot be met without vast imports of oil and gas.

To encourage Turks to go green on energy and cut back on imports, the government has said that it will buy electricity produced by locally made wind turbines at a preferred rate to that generated abroad. The cash incentive may have helped do the trick for Akbıyık’s villagers, too, who say that they want their village to become entirely wind-powered, eventually. They contributed 50,000 liras more (roughly $27,000) for a control system and cables. Villagers, mostly elderly men who worked without pay in the Turkish tradition of imece, or cooperation, did most of the work to build this debut windmill, while a few Soyut engineers managed the project. Despite their years, the villagers climbed ladders and dug a trench hundreds of meters long for electrical cables. Women worked in the fields to free their husbands to labor on the windmill.

Finally, after seven months, in early 2009, the windmill was complete. But there was just one catch -- as an unlicensed wind turbine, Akbıyık’s windmill could not be connected to the public power grid. (Under Turkish law, windmills that produce less than 500 kilowatts of power are not licensed.)

Çiçek claims that Energy Ministry representatives told him not to spend money on building a separate electricity system for the village, since they were “working on” getting the restriction thrown out. The Bursa administration built a short-term well on a hillside to supply houses with water in the meantime. When that ran dry, the villagers returned to using the water pump, agreeing to pay the monthly bill until the wind turbine was turned on.

But, nearly three years after its completion, the turbine remains idle. Parliament passed a bill this July that will allow Akbıyık to link the windmill up to the public power grid and send excess energy to other villages, but an amendment is required before the village can actually sell that electricity to the local power company. The amendment is expected to pass by the end of the year, but entails another wait.

The villagers, though, seem patient; they have refused to give away any excess electricity to surrounding villages for free. İsmail Atsoy, manager of the Bursa Village Services Department, calls Akbıyık’s windmill “the pioneer project for other villages” in the region.

Already, the village, Bursa administration and Soyut are thinking about eventually replacing Akbıyık’s 50-kilowatt windmill with a 200-500-kilowatt model. Soyut has estimated that Akbıyık could earn 5,000 – 7,000 lira ($2,696 - $3,773) per month from selling 50-kilowatts of energy – a tidy sum for a hamlet dependent on agricultural revenue.

Apparently, the administration hopes other villages will adopt wind power – and its money-making possibilities -- too. Another windmill will start operations soon in the nearby village of Gemlik Şahinyurdu, Atsoy said. Each 50-kilowatt windmill built should be able to irrigate about 400 hectares of farmland, he predicted.

Soyut, too, could also benefit; the company claims that the Akbıyık project has not been profitable, but concedes that it led to a flood of phone calls and mail from residents of other villages who also want windmills.

That leaves the villagers of Akbıyık themselves. With an eye on nearby villages’ wind ambitions, they remain hopeful. “We will produce our own electricity,” said 66-year-old resident Ahmet Alp of the windmill. “We constructed it.”