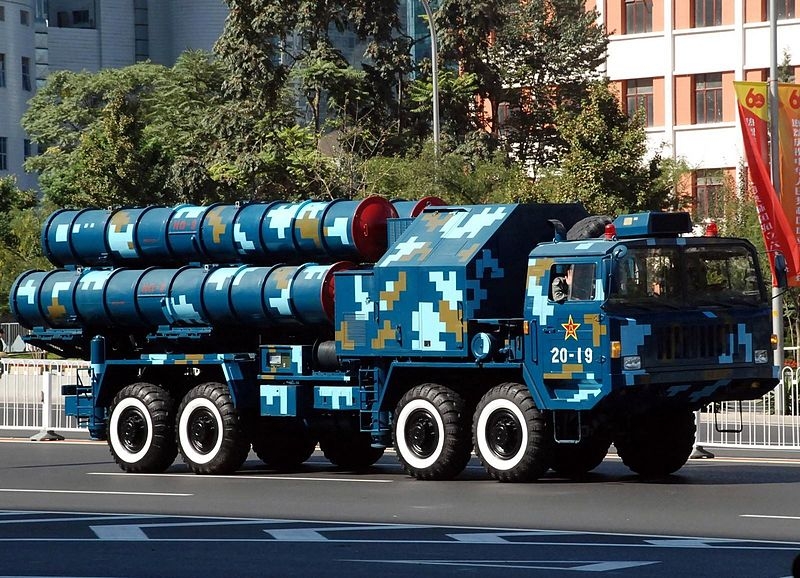 Ankara has granted a long-awaited tender for long-range missile and air defense systems to Chinese contenders, dismissing bids from major NATO allies as the United States, France and Italy.

With the decision, announced today following a meeting of the Undersecretariat for Defense Industries' executive council, which is headed by Prime Minister Recep Tayyip Erdoğan, Ankara has approved the lowest offer despite worries about the Chinese system’s ultimate compatibility with NATO-owned early warning assets.

The Chinese offer of the HQ-9, at $3 billion, was significantly cheaper than the competing U.S. Patriot, Russian S-400, and French-Italian Eurosam Samp-T systems. And perhaps more importantly, China was willing to co-produce the HQ-9 together with Turkey, a key factor for Ankara, which places a high priority on building up its own defense industry.

"China meets the criteria for procurement outlined in Turkish legislation," said Aaron Stein, an Istanbul-based defense analyst, on twitter. Stein pointed to a 1985 law that emphasized "offsets," an increasingly common practice in international defense trade wherein a country that buys military equipment from a large foreign company requires some of the work to be done in the purchasing country. "Raytheon & Lockheed [the U.S. bidders of the Patriot] were NEVER going to give Turkey the tech transfer terms they demand, they were out of the T-Loramids bid a long time ago," Stein continued (T-Loramids is the Turkish name for the air defense system). "Russia would have had to cut the number of batteries to match the Chinese price and the Aster 30 [the Eurosam offer] isn't cheap (though they were offering tech transfer)... that left the HQ-9, which is based on older S-300 technology, and is a capable system. Cheap, tech transfer, and coproduction = Turkey's terms." (Edited slightly to de-Twitterize).

What remains to be seen is what implications this has for Turkey's air defense cooperation with NATO. When reports emerged this summer that the Chinese system was in the lead, NATO officials warned that such a move would create problems for integrating the system into the NATO air defense equipment that is already based in Turkey. Ankara apparently decided those concerns were outweighed by the business advantages of dealing with China. (And just after being blown off by the Chinese-led Shanghai Cooperation Organization.) Now we'll see what the ramifications are.