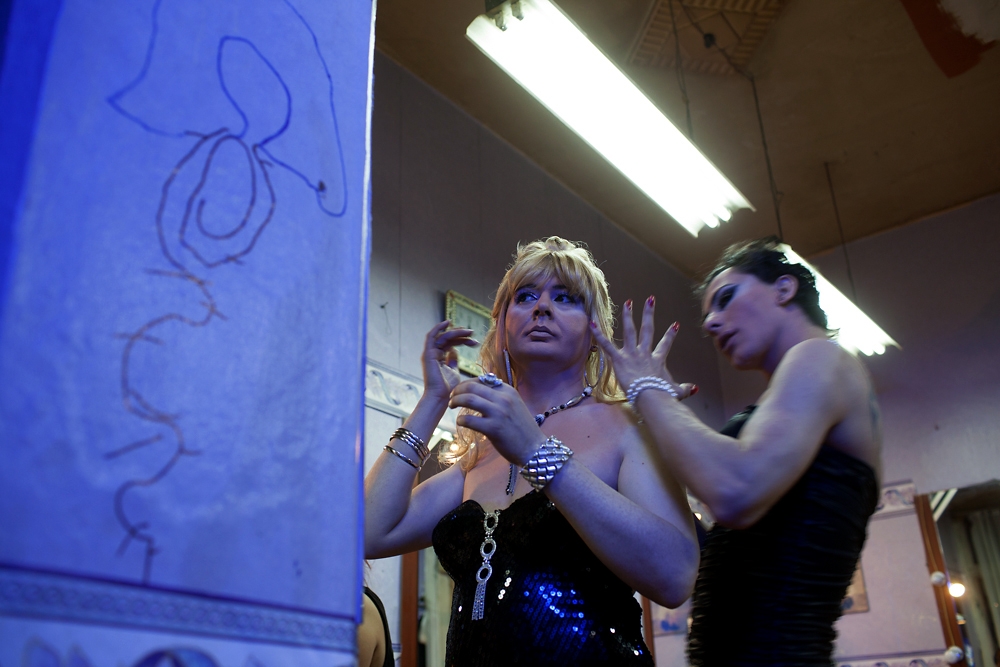 The gradual closure of Turkey’s 52 state-run brothels is emerging as a controversial tactic in Turkish Prime Minister Recep Tayyip Erdoğan’s declared war on prostitution. While Erdoğan’s supporters denounce brothels as a form of “slavery,” sex workers fear the campaign poses risks to their health and safety.

Closing down state-run brothels “will not keep men from visiting prostitutes,” explained 48-year-old Istanbul sex worker Berna, “but it will push even more women into illegality and the back streets, where they will be without protection, and without any rights.”

Brothels have existed in Turkey since Ottoman times, and were tolerated by Ottoman rulers. During the first years of the Turkish Republic, state-run brothels were established as a way to control prostitution closely on all levels. Under the conservative Justice and Development Party (AKP), though, the emphasis appears to lie more on stamping out activity many Turks view as a moral outrage.

Several state-run brothels around the country reportedly already have been closed down – with official reasons including proximity to a new mosque and the nearby discovery of historical artifacts – and others should soon follow, said Şevval Kılıç, an activist from the Istanbul-based women’s rights organization Women’s Door.

Kılıç asserts that the closure of these brothels will only increase instances of violence against women and transgender people, many of whom for lack of gainful alternative employment work as sex workers.

According to the Turkish Ministry of Health, 3,000 licensed sex workers currently work in the state-run brothels, called “genel evler” or “general houses.” Women’s rights groups estimate that about 100,000 unlicensed sex workers, many of them in Istanbul, work the streets.

“In these houses, there is a minimum of protection, but on the street, working women are on their own,” Kılıç said. Upon entering a state-run brothel in Istanbul, men – women are not allowed to visit the closed-off, red-light district – have to hand over their cell phones, guns, knives and any objects that might be harmful to women.

The experiences of 55-year-old Zeynep, a transgender woman who has been a sex worker for over 30 years, illustrate the dangers. “I work on the street, on the side of motorways, in cars. It’s dangerous,” she said. “I have been attacked, beaten and raped numerous times. But what can you do?”

She added that she would much rather work in a state-run brothel, but that her applications have been denied repeatedly.

Kılıç thinks that the public attitude toward women and transgender people, as well as sex workers, has changed since the AKP came to power in 2002. “To the existing male domination, came an increasing conservatism. It’s a dangerous combination.”

The numbers seem to back her up: according to a 2012 report by the Turkish think-tank International Strategic Research Organization, one woman has died nearly every day in Turkey in recent years as a result of domestic violence. Government statistics report that murders of women increased by 1,400 percent between 2002 and 2009, with nearly 1,000 killed in 2009.

The government, as yet, has not monitored or reported on violence against sex workers or transgender people, she added. “It’s a taboo issue, and remains invisible.”

Government officials were not available for response.

Police harassment has become ever more visible over the past decade, commented Berna, a transgender woman who formerly worked in the state-run brothels in Istanbul’s famous Karaköy red light district. “They constantly pass new laws to force us into invisibility,” she said. “It happens that I eat lunch in a restaurant when the police come and fine me for ‘disturbing the public peace.’ It costs me 82 lira [$47.46] every time. I have to work more to be able to pay all my fines.”

Healthcare could prove a further cost if the state-run brothels close, Berna continued. “In the brothels, a doctor would come every week for obligatory health checks. It was safe. But without a license, it costs a lot of money to go and see a doctor for a check-up. Which girl can afford to pay 150 lira ($83.69) every week?”

Berna cited personal reasons as why she was forced to give up her much-coveted spot in a state-run brothel. Now it is impossible to return, she said. “You have to apply for a government license, but the AKP stopped granting licenses a few years ago. If they don’t close the brothels down, they will simply die out.”

In January, sex workers from the Karaköy brothels demonstrated against the danger of being pushed onto the streets. Their plight has won the sympathy of one of the security personnel monitoring the entrance to the district. “[I]t is hard to work in this milieu. It’s not easy for any woman, not good,” said the young man.

To date, the government has no answer; no work has been done on facilitating sex workers’ transition out of the state-run brothels. “If prostitution is a problem, they are not really trying to solve it,” said Kılıç. “All they do is to sweep dirt under the carpet.”

Constanze Letsch is a freelance writer based in Istanbul.