Turkey: Could US bombing of Syria Sidetrack Kurdish Peace Process? 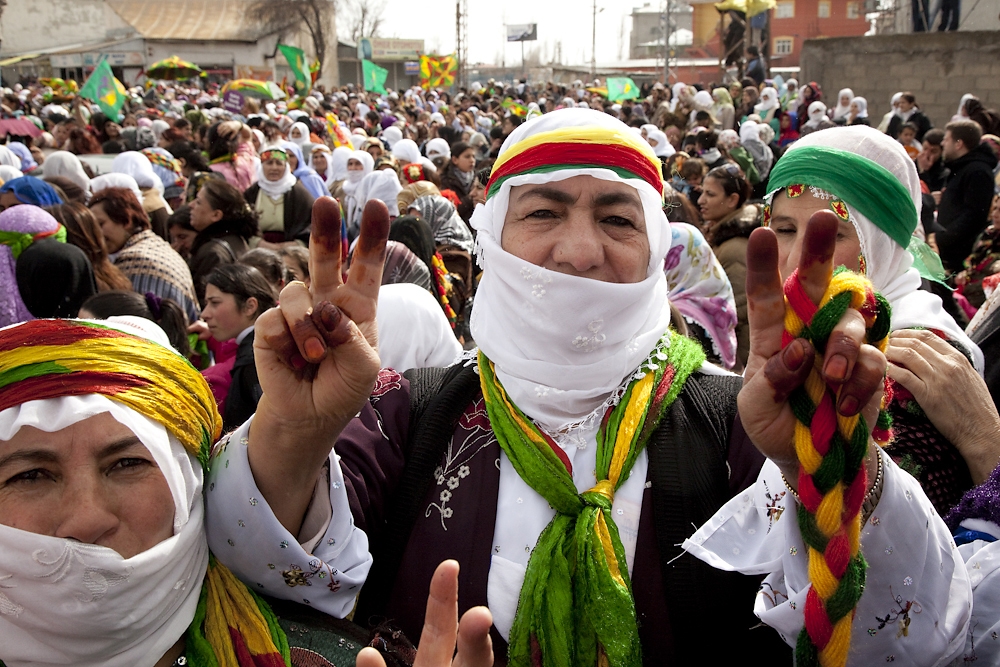 Could the conflict in Syria break Turkey’s peace with the Kurds? (Photo: Jonathan Lewis)

Turkish government officials and Kurdish militants are divided when it comes to Syria, with Ankara strongly supporting the prospect of American military strikes, and most Kurds opposing them. This difference could place great strain on the Kurdish peace process in Turkey, in the event the United States takes action in Syria.

Following this summer's Gezi Park protests,  little has gone well for Turkey's governing Justice and Development Party (AKP) and its combative Prime Minister Recep Tayyip Erdogan. According to Ilhan Tanir, a regional analyst and Washington correspondent for the Turkish daily Vatan, the AKP has lost the support of "most, if not all of Turkey's liberals" and many European and Arab allies. There is also now a "visible rift" between the government and the Gulen Movement, an influential network led by Turkish theologian Fethullah Gulen that supported the AKP in the last elections, Tanir said.

"One thing [that] goes well is that there is no bleeding in the southeast," Tanir said, referring to Turkey’s restive Kurdish heartland. Tanir credited the peace process, which began in March, for pressing the hold button on violence in Turkey's Kurdish areas. The conflict has claimed about 40,000 lives since 1984.

Lately, there have been signs of fraying patience concerning the peace process. In an August 27 interview with the BBC's Turkish service, Cemil Bayık, a senior leader of the Kurdistan Worker's Party (PKK), warned that the peace process could end if the Turkish government did not make significant steps by September 1.

Such rhetoric may have more bark than bite, according to some Turkey watchers. "Bayık is an hardliner," said Wladimir van Wilgenburg, an analyst with the Washington-based Jamestown Foundation. "The PKK is trying to pressure Ankara with statements."

Even so, the US decision on whether to intervene, and how, could have a large impact on the Kurdish peace process, and on Erdogan’s own political fortunes. While any US bombing raids would likely focus on Damascus, the Syrian regime maintains forces in Qamishli, a city in the predominantly Kurdish northeast. According to Wilgenburg, a US strike that weakens Kurdish militants in Syria would impact the Turkey-Kurdish peace process. "The PKK is using Syria as a trump card against Turkey," he said.

The PKK, along with its Syrian off-shoot, the Democratic Union Party (PYD), are strongly opposed to any US intervention, Wilgenburg said. "They think that their interest is an ongoing civil war in which they can cement their positions,” he said. "They are afraid of Turkish involvement in the case of a US intervention, and are afraid it would have negative implications for their control of Kurdish areas in Syria."

Other experts are less worried about the implications of a US strike in Syria. "The Turkey-PKK peace process already seems to have stalled," said Tülin Daloğlu, a Turkish columnist for the Middle East analysis publication al-Monitor.

"I think that if the peace process crumbles, it will happen because of Turkey's own circumstances, not because of the developments in Syria, under the current situation," added Tanir, the Washington-based analyst.

Kawa Nemir, a Kurdish writer in Turkey's southeastern hub of Diyarbakir, said Kurds aren’t seeing significant progress in the peace process. He characterized the situation as a government strategy to avoid dealing with both the war in Syria and the Kurdish conflict at once. "We are once again being let down by the Turkish government. I personally believe Mr. Erdogan had to start a process because Turkey had a lot of difficulties in Syria, and now this is the main issue for Turkey," Nemir said.

Nemir raised the possibility that the chaos in Syria could spill over into Turkey. He accused the Turkish government of supporting extremist groups in their efforts to defeat both Assad and Kurdish militants in Syria. At the same time, recent Kurdish gains in northern Syria have effectively meant the end of borders dividing Kurdish areas of Syria, Iraq, and Turkey, he added.

He went on to assert that, if circumstances warranted, Kurds could organize a united front against Turkish-supported extremist groups, thus increasing the risks of armed clashes spreading into Turkish territory. "People know well where they live," Nemir said, alleging that the AKP has permitted extremist groups to establish themselves in Urfa and Viranşehir, towns in Turkey's eastern Şanlıurfa province.

With Turkey taking a hardline approach to the war in Syria, only the contents of a long-awaited democratization package that the AKP is expected to soon propose to parliament can assuage Kurdish concerns about the peace process. "The ruling party is keeping the details quite secret. So when they announce it, it is highly likely that it won’t go as far as the PKK wished it to, and that would cause more problems than a potential limited US strike on Syria," Daloğlu said.