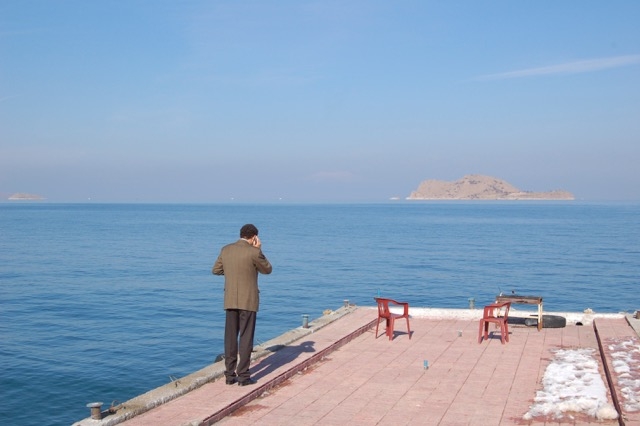 Turkey has detained an influential Turkish businessman and philanthropist who has been one of the leading voices in Turkey’s ongoing struggle to come to terms with a dark chapter of its history.

Osman Kavala was arrested at Istanbul’s Atatürk airport October 19, after returning from a meeting with the Goethe Institut in the south-eastern city of Gaziantep. Kavala was detained for an initial seven days; the T24 news agency quoted his lawyer Ferat Cagil as saying that he was taken to the city’s counter-terrorism police department and that a “secret inquiry” had been launched concerning Kavala.

It appears that Kavala could have been caught up in Ankara’s ever-widening hunt for those linked to exiled cleric Fethullah Gülen, recognized as “terrorist” by the Turkish government. Sources close to the Turkish interior ministry told T24 that Kavala’s detention was in connection with meetings he had held before 15 July 2016.

That was the day of the attempted coup, which the Turkish authorities have blamed on Gülen's followers. Over a year on, the crackdown against those “Gülenists” and their supposed fellow travellers has not abated. As of July, at least 150,000 people had been sacked or suspended, and 50,000 imprisoned. While the authorities have loosened some of their sweeping emergency powers, this new-found flexibility has not been extended to terror suspects — who form the bulk of those detained.

Two United States embassy staff have even become entangled in this cycle of denunciations — hence the current spat between Ankara and Washington on issuing visas. Kavala has been unceremoniously brought into this discussion, too — in a speech before members of the ruling AKP party on October 24, Erdogan referred to the businessman as “Turkey’s Soros.”

It’s hardly a new moniker; others have called him the “red billionaire” for his inherited wealth and his use of it to fund a variety of liberal and leftist causes.

While he is something of a hate figure for the Turkish nationalist right, Kavala is a well-respected figure in Turkish civil society circles, working closely with the Helsinki Committee and Open Society Foundations. He is perhaps best known for his strong commitment to improving Turkish-Kurdish relations, and for dialogue with Turkey’s neighbors — including Cyprus, Greece, and particularly Armenia.

Kavala’s Anadolu Kültür foundation, established in 2002, has over the last decade been one of Turkey's leading institutions working on improving contacts with Armenia. Agos, an Istanbul-based Turkish-Armenian weekly, reported that police searched the organization’s offices following Kavala’s detention, where they confiscated a number of computers.

With the assassination of the founder of Agos Turkish-Armenian journalist Hrant Dink by a Turkish ultra-nationalist in January 2007, Kavala accelerated his efforts and increased his support for artists and academics working on Turkish-Armenian reconciliation. Kavala’s fight for a transparent and fair trial of his friend’s killer Ogun Samast earned him respect among Turkey's Armenian community.

Unusually for a prominent Turkish public figure, Kavala has even visited Armenia himself. Last April, he paid his respects at Yerevan’s Armenian Genocide Museum Institute. In an interview with the Armenian web publication CivilNet the following month, Kavala went on to praise the German Bundestag’s resolution on the Armenian genocide as an example of a healthy cross-party consensus reviewing the darker chapters of national history.

He has understandably had to choose his words carefully on such a thorny topic: at a panel discussion in the restive city of Diyarbakir last October, Kavala stressed the need to explain to Turks that the imperative for reconciliation with Armenians was not simply a question of recompensation — but about “making Turkey a more civilized and democratic state” for all its inhabitants.

Kavala has since continued his calls for a “sincere dialogue” with Armenia and a “more effective way” to convince Turkish society of its necessity. The Anadolu Kültür foundation has sought to achieve that through supporting the classification and sometimes renovation of cultural monuments in eastern Turkey — one example being the Surp Giragos Armenian church in Diyarbakir, whose reopening Kavala attended in 2011. In past years, these projects have been conducted with government support, as was the case in renovations of ruined churches in the ancient capital of Ani on the Armenian-Turkish border.

While it may not have endeared him to Turkey’s political class, Osman Kavala’s work on Turkish-Armenian reconciliation is very unlikely to be the primary reason for his detention. Nevertheless, it has come to the fore in recent days — Armenian analysts and Caucasus-watchers have highlighted Kavala’s commitment to scaling what many see as an insurmountable obstacle in relations between the two communities.

Turkish-Armenian writer Sevan Nisanyan, who fled Turkey on 14 July, wrote in a blog post that whatever the reasons given, the detention of Osman Kavala was “an attack on those committed to cultural pluralism in Turkey.”