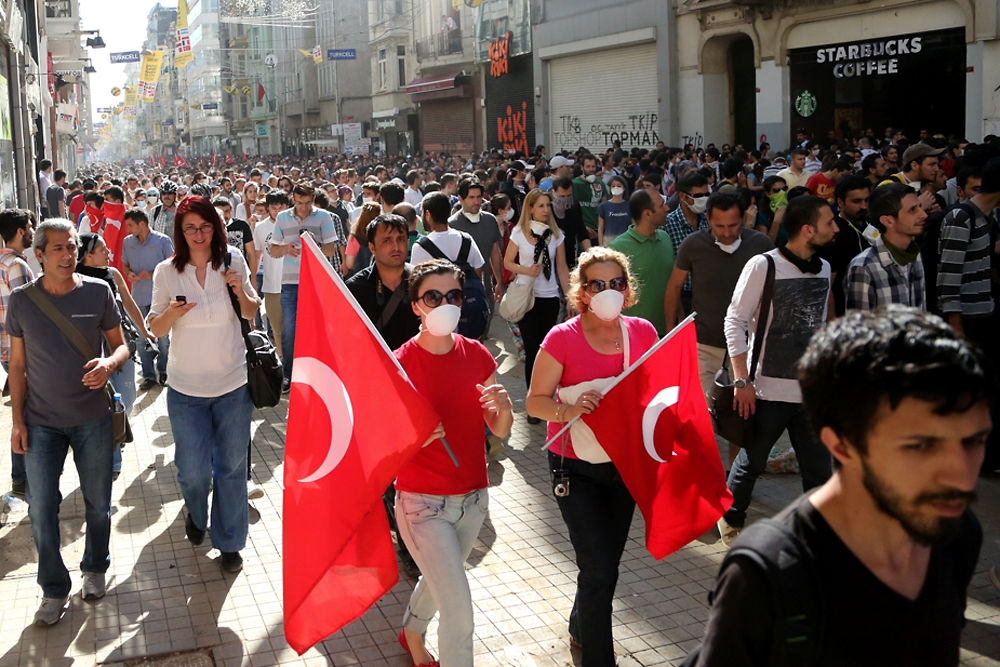 Turkish Prime Minister Recep Tayyip Erdoğan described his recent “democratization package” of reforms as an “historical moment” for Turkey. But his failure to revamp controversial anti-terror laws is complicating relations with the European Union.

On October 16, the EU published its annual membership progress report on Turkey. The text contained no surprise criticisms. At the same time, it foreshadowed difficulties for EU-Turkish relations. Officials in Brussels are wrestling with the idea of proceeding on the regional policy aspect of membership talks with Turkey as a way to reanimate the currently moribund accession process. According to an EU status report issued in August, membership talks have been “stalemated” for at least the past 18 months.

Ankara’s violent crackdown this June on anti-government protests, clashes that injured thousands and left five people dead, prompted a postponement of the EU decision on renewing talks until this November.

Erdoğan’s “democratization package” expanded minority language rights and removed restrictions on the use of hijab. The EU accession report generally lauds the reforms, but condemns the crackdown on anti-government protests, stressing that there is a “pressing need to develop a truly participatory democracy able to reach out to all segments of society.”

One European MP argued that, by avoiding addressing the anti-terror law, Erdoğan’s package fell short. “Both the EU and UN are on record saying the anti-terror law fails to meet international standards, so there will be deep concern that a key opportunity to change it has been missed,” warned Richard Howitt, a British member of the European Parliament’s Foreign Affairs and Human Rights Committees.

The anti-terror laws were introduced in 1991 to counter a Kurdish rebel insurgency by the Kurdistan Workers’ Party, known as the PKK. But the broadly written legislation, amended many times, has ensnared lots of others who have been deemed government opponents.

“It applies disproportionately to Kurds in Turkey, but it has been used against leftists, journalists, students for activities which could not be in anyway counted as terrorism; activities falling under the remit of free speech or political association, forms of political activism,” asserted Emma Sinclair Webb, a senior researcher on Turkey for the New-York-City-based Human Rights Watch.

In September, the Ministry of Justice admitted in response to a parliamentary question that nearly 40,000 people had been charged under the laws in the past four years; half of them have been convicted. Forty-nine individuals out of that total are journalists, a number that places Turkey among the world’s top jailers of media professionals, according to the Committee to Protect Journalists, an American watchdog group.

The anti-terror laws are now being used against some of the protestors involved in June’s nationwide anti-government protests. Erdoğan steadfastly insists that the protests were a conspiracy to unseat his government.

New, draconian legislation also could be in the offing to deal with any future unrest. Earlier this month, the daily Taraf reported that the government is considering enhancing the police law to allow the detention without charge of people suspected of planning to participate in protests. Erdoğan, however, has denied the report strongly.

Electoral considerations could be another powerful factor in steeling the prime minister against reform of the anti-terror laws. Turkey faces critical local, presidential and general elections in the next 18 months, and being perceived as weak on terrorism would not win votes among the ruling Justice and Development Party’s core constituents.

“The prime minister, like every other politician, wants to stay in power,” pointed out political scientist Cengiz Aktar of Istanbul’s Bahçeşehir University. “He thinks the only solid constituency he can gain votes is from Turkish nationalist voters.”

Erdoğan did leave the door open to further reforms, but few politicians are expecting anything anytime soon. “There are only five months [until the] local elections. In the meantime, the government cannot occupy itself with new legislation,” warned Ertuğrul Kürkçü of the pro-Kurdish Peace and Democracy Party (BDP).

The BDP claims that over 6,000 of its members, including 33 mayors, have been jailed under the anti-terror laws. Kürkçü claims that they have been taken “hostage;” their release has become a key bargaining chip in ongoing peace talks between the government and the PKK. The process is currently stalled.

With many jailed activists leading figures within the BDP, the detentions have had a detrimental effect on the party’s campaigning abilities. That makes any releases unlikely until after March’s local elections, which are seen as an important barometer for political sympathies in the predominantly Kurdish southeast.

Ankara may well pay a high political cost with Brussels for its apparent reluctance to rethink anti-terror legislation. The treatment of Turkey’s Kurdish minority and respect for media freedom are key areas of concern for the EU. “An anti-terror law should only be used against terrorists and, for as long as this law continues to be used against journalists and peaceful protesters, Turkey's reputation will remain tarnished," warned European MP Howitt.

Turkish officials were not available for comment because of the national holiday of Eid al-Adha (Feast of the Sacrifice). Ultimately, though, with Turkey’s prominence as a regional power on the rise, the EU’s demands may mean little for most Turks. The Eurobarometer, a European-Commission-run poll, found this month that only 43 percent of 1,000 Turkish respondents view the EU positively.

For journalists like Ahmet Şık, an award-winning investigative reporter who spent 13 months in jail on coup-conspiracy charges and still faces prosecution, the anti-terror laws are now threatening democracy itself. “There is an incredible regime of suppression; whoever raises their voice in opposition can be put into prison with terrorist organization charges,” Şık said.

The voices of journalists like Şık, who addressed the European Parliament last year, are expected to weigh heavily on EU leaders when they make a decision whether or not to put Turkey’s membership bid back on track.