Turkey: Drowning the Past in the Waters of Progress 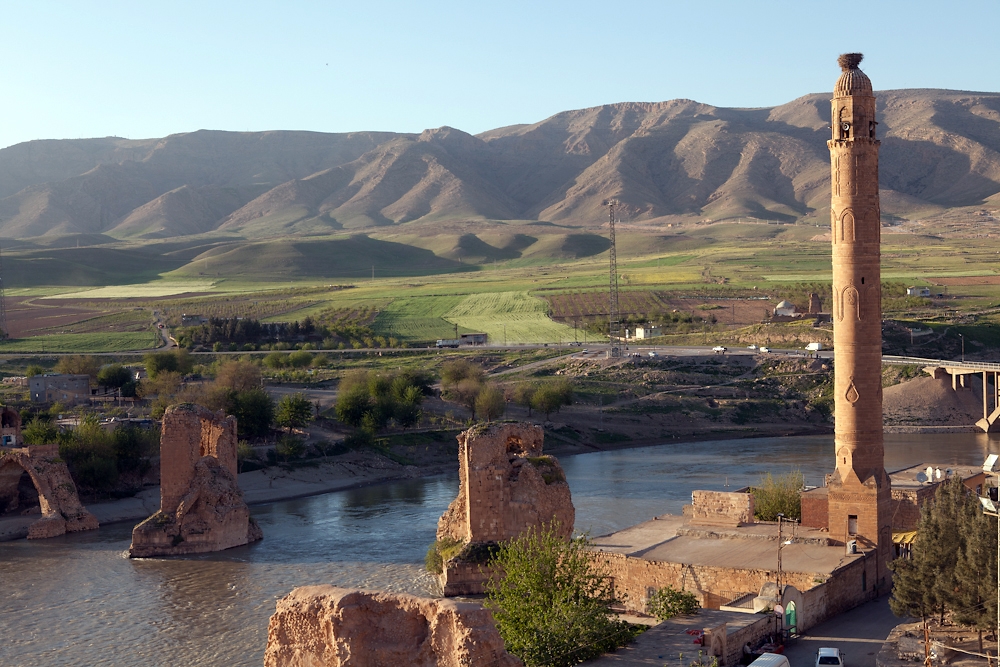 Once the waters rise, about three to four meters of the minaret of the El Rizk mosque, built in 1409, will still be seen. 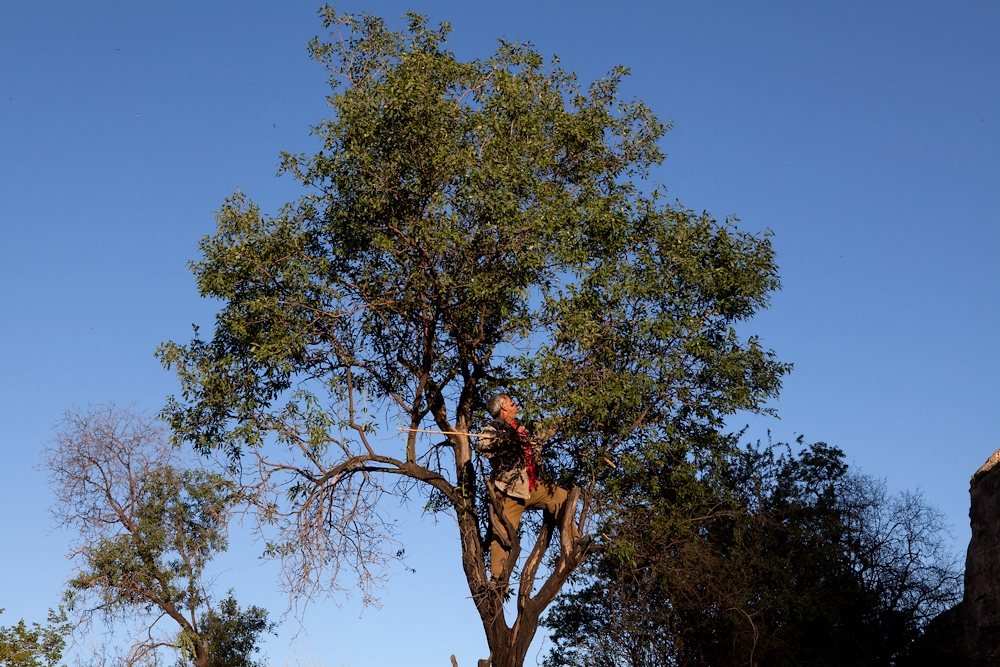 A man collects fresh almonds from a tree in the surrounding countryside of the Tigres valley floor. 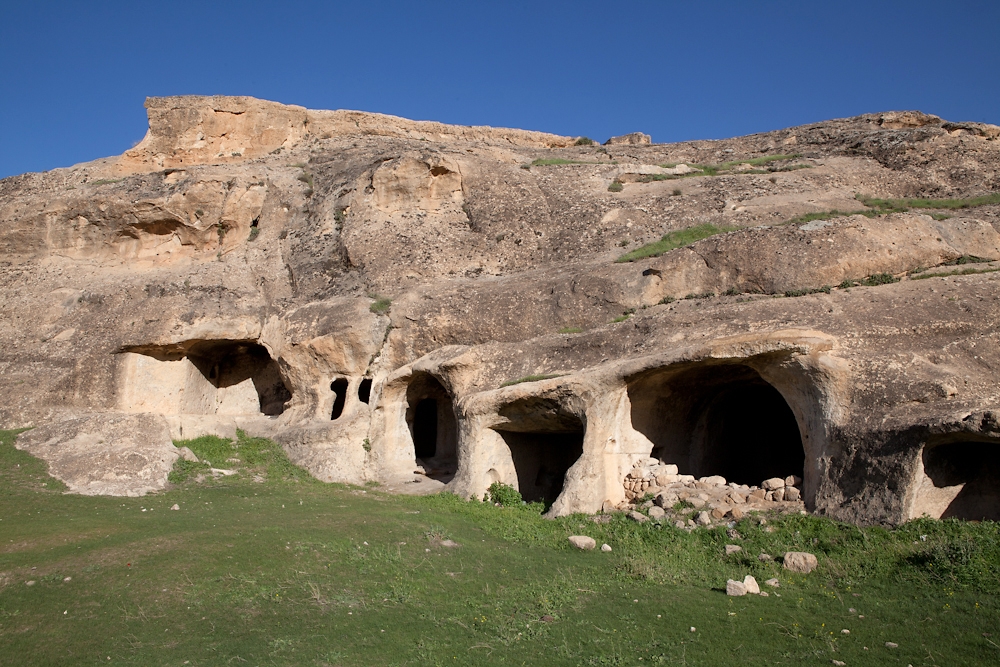 Local residents lived in the approximately 4,000 caves until they were relocated to Hasankeyf in the 1970s. 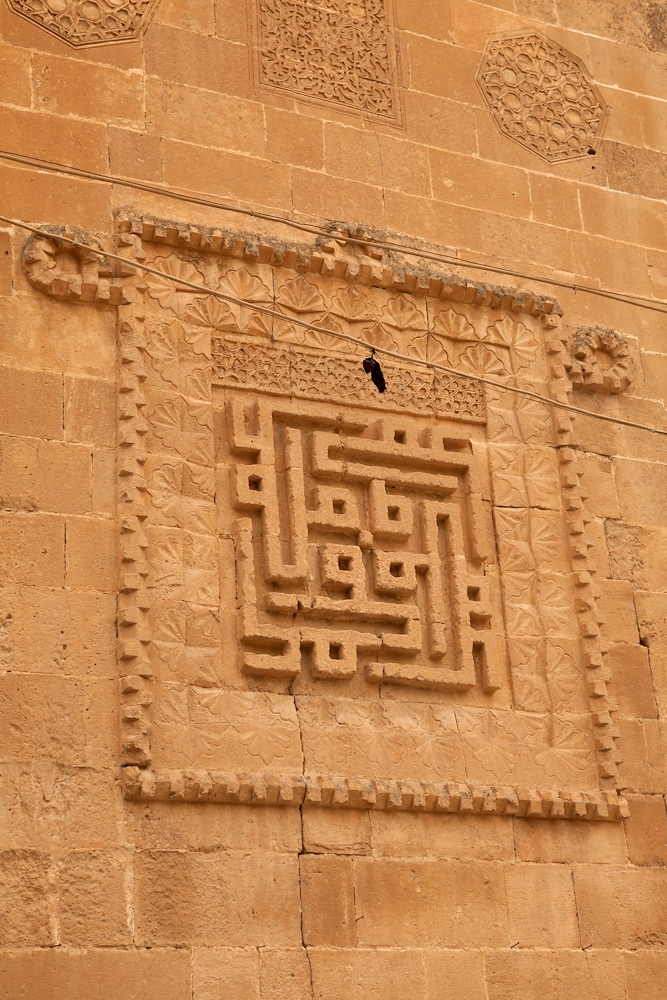 A relief of square Kufic religious script on the El Rizk mosque will be submerged eventually. 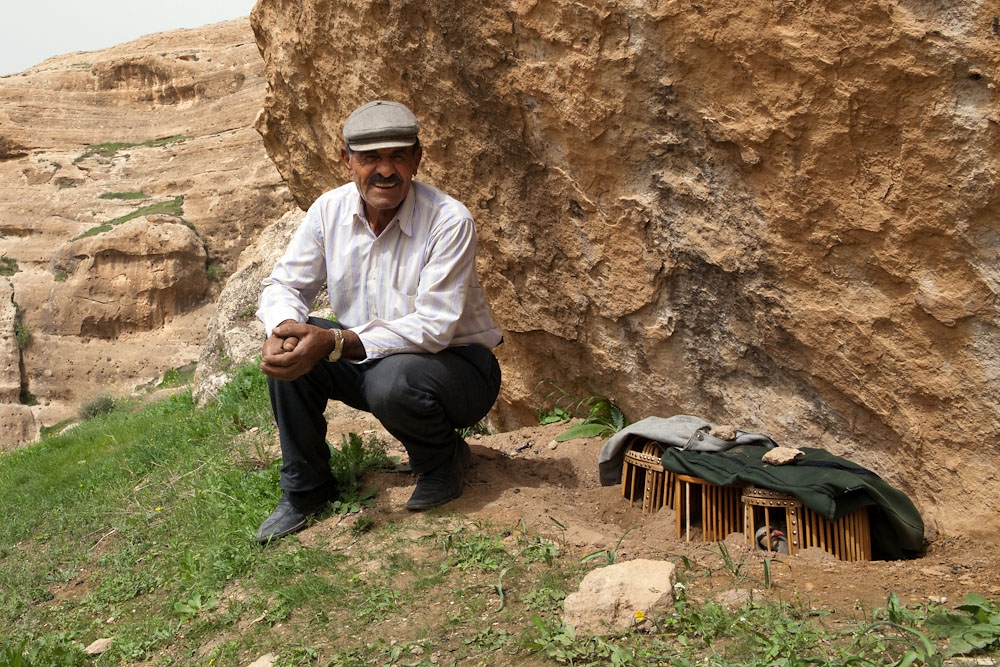 Huseyin Tekes, the birdman of Hasankeyf, walks up the surrounding hills almost daily so his birds can get some fresh air. 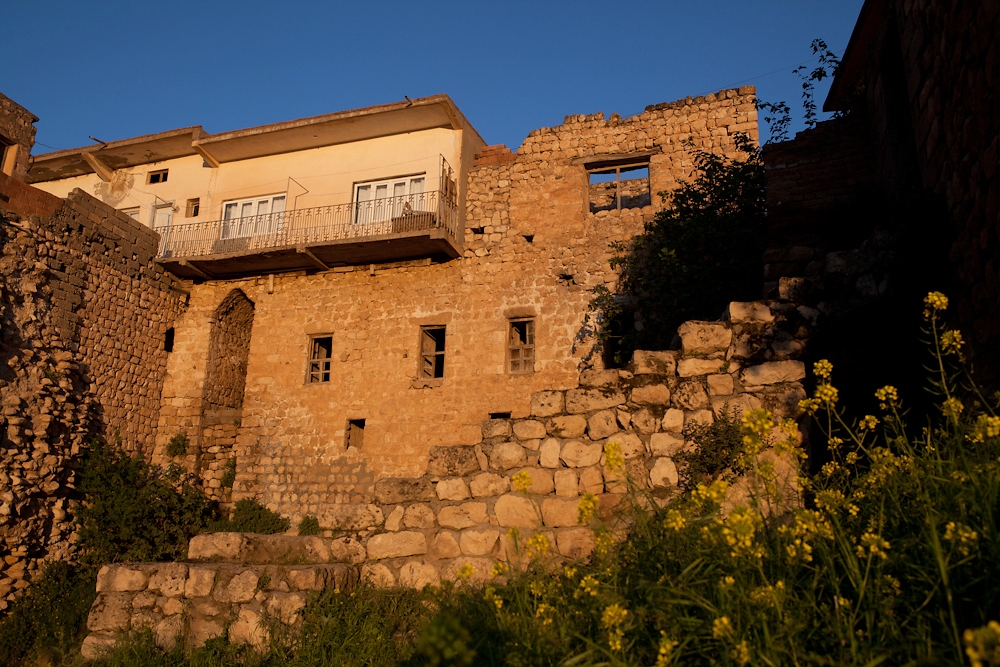 Many of the current homes in Hasankeyf are constructed upon older historic buildings. 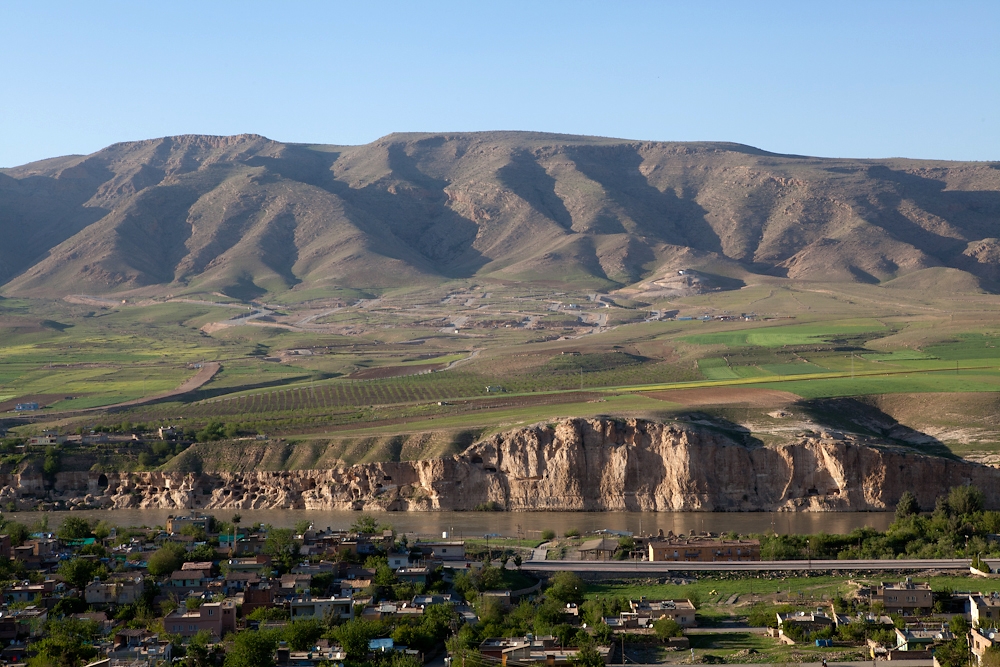 The new town of Hasankeyf is being constructed across the river and higher up the slopes of the valley. 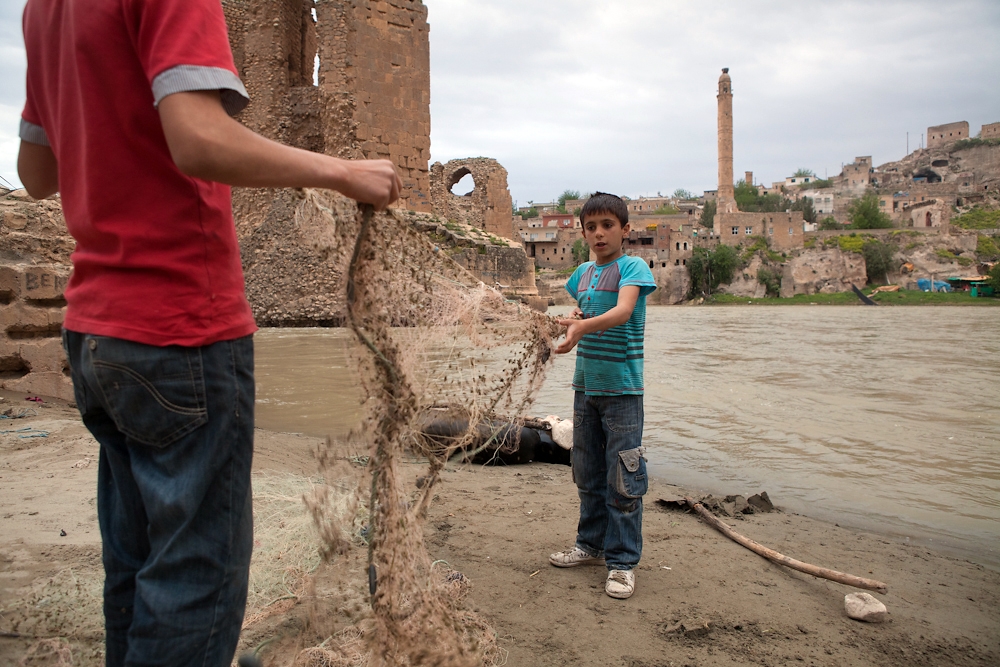 Local boys prepare their nets for an evening of fishing the Tigris river. 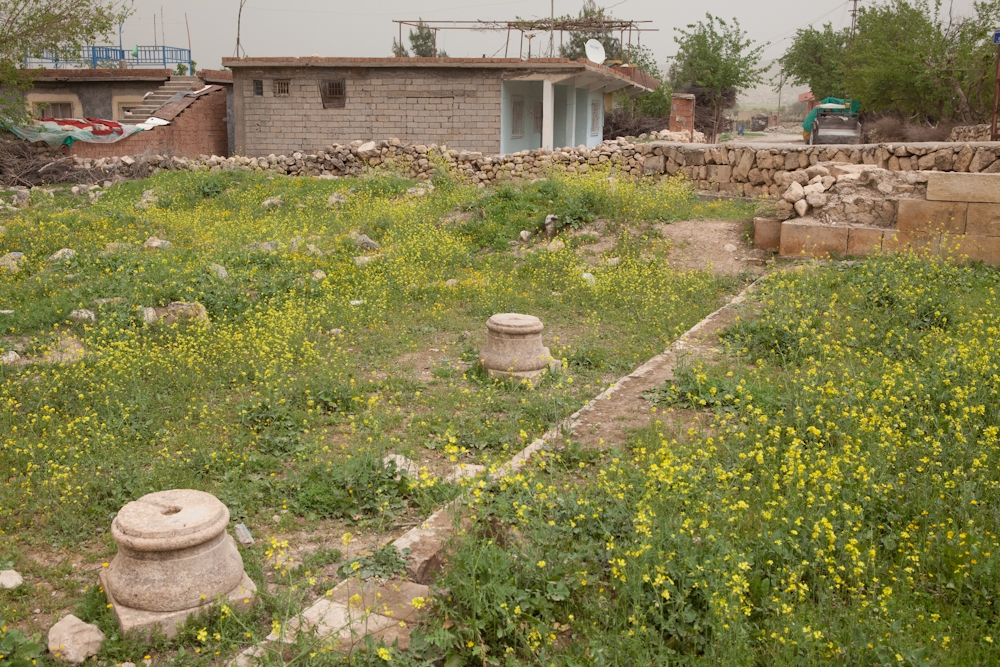 Remnants of previous civilizations and cultures appear in gardens and open spaces throughout the lower city of Hasankeyf. 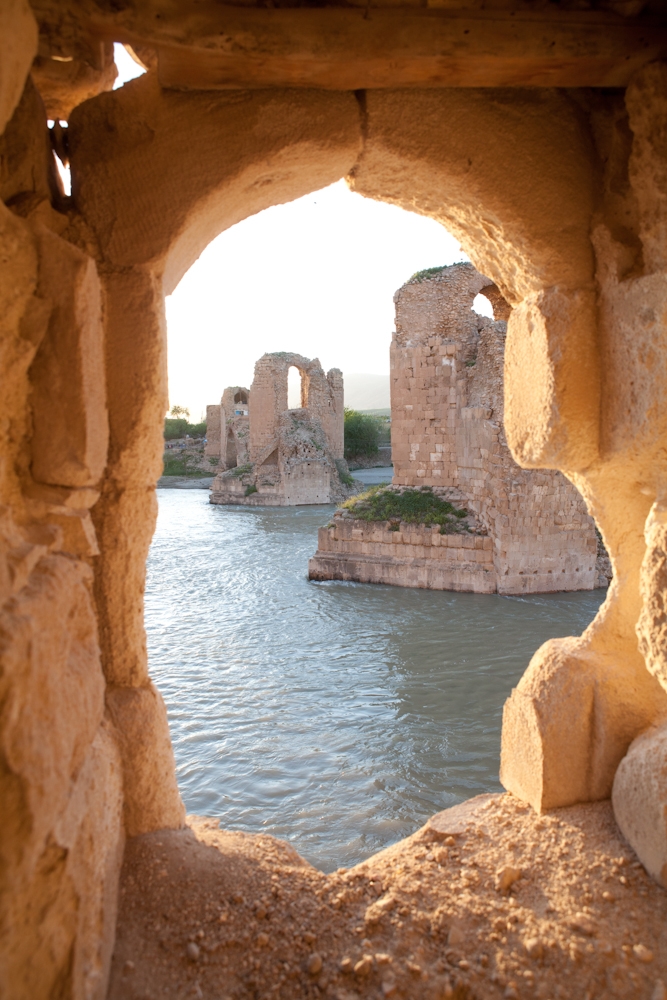 The main 40-meter span of the medieval bridge crossing the Tigris River was made of wood so it could be easily dismantled. 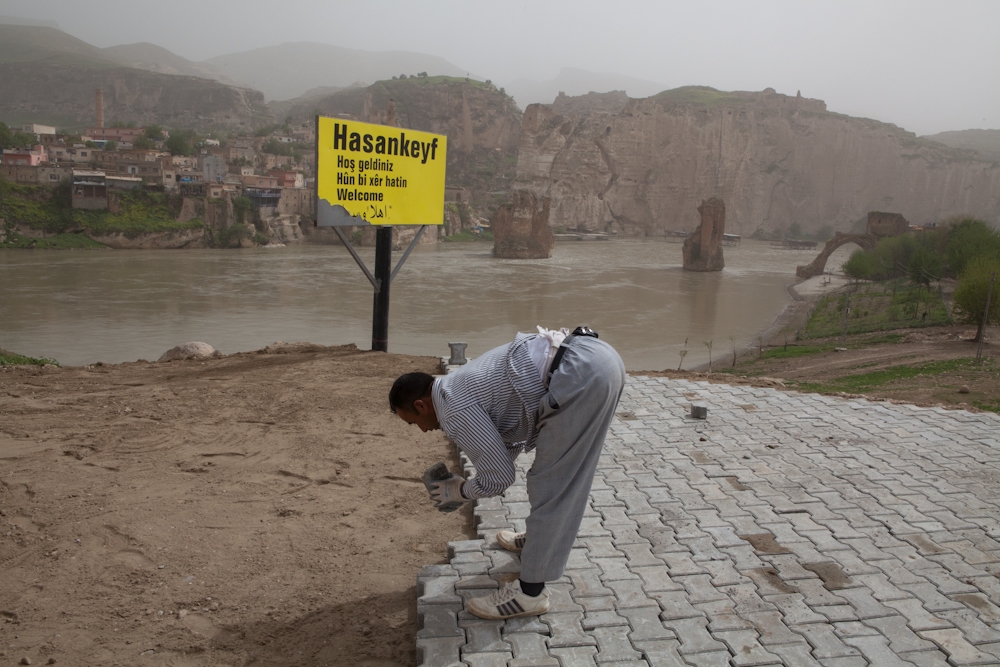 Hasankeyf is increasingly gearing itself up for tourism prior to the flooding of the valley. 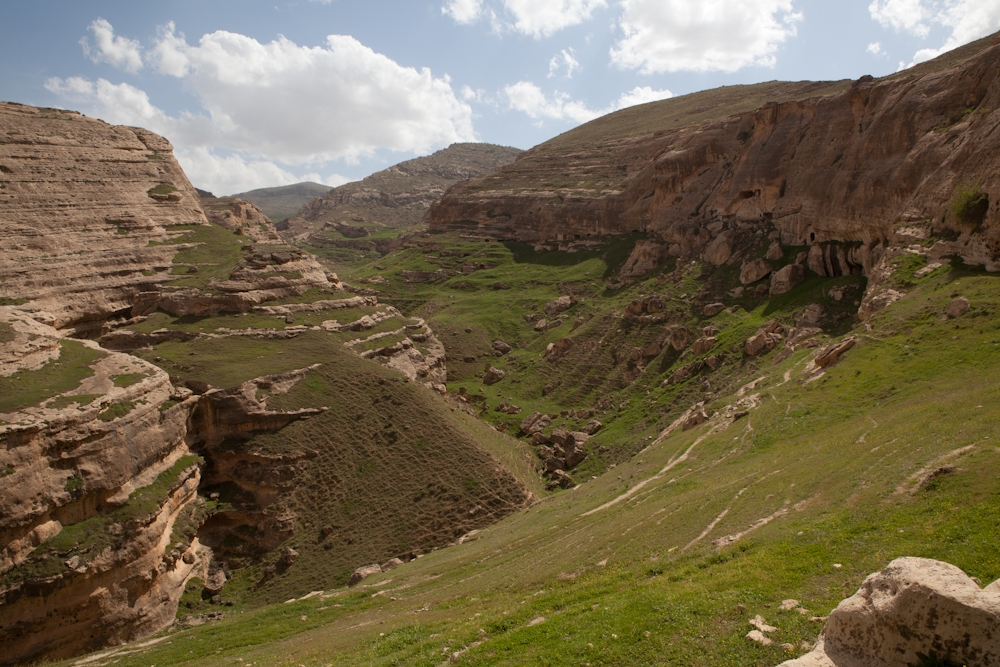 Extensive walks around the hills surrounding Hasankeyf reveal a network of caves and pathways. 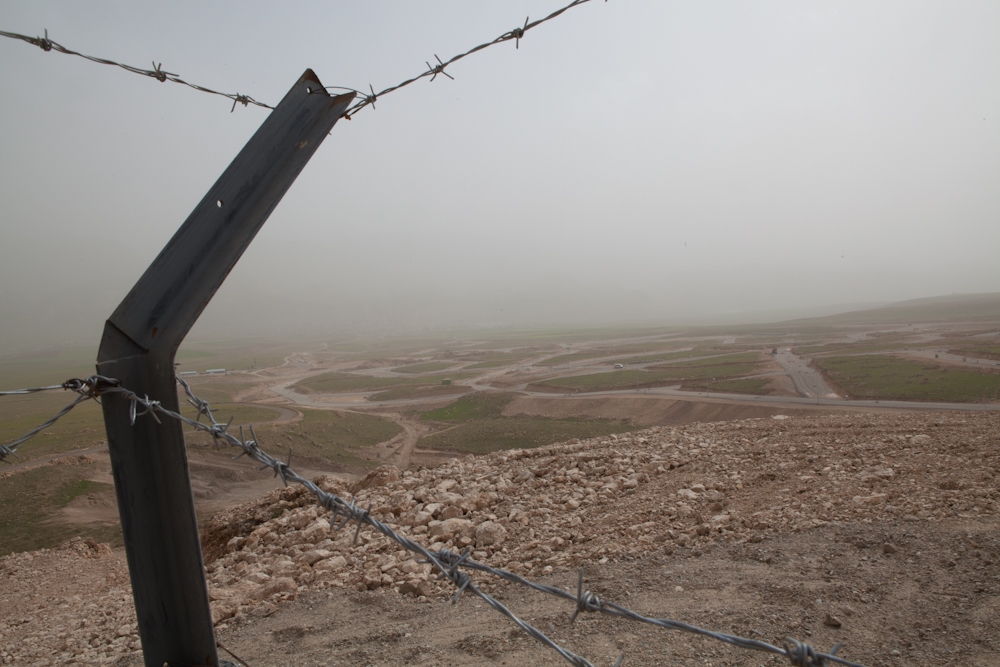 A network of roads is the only hint of early construction of the new town of Hasankeyf. 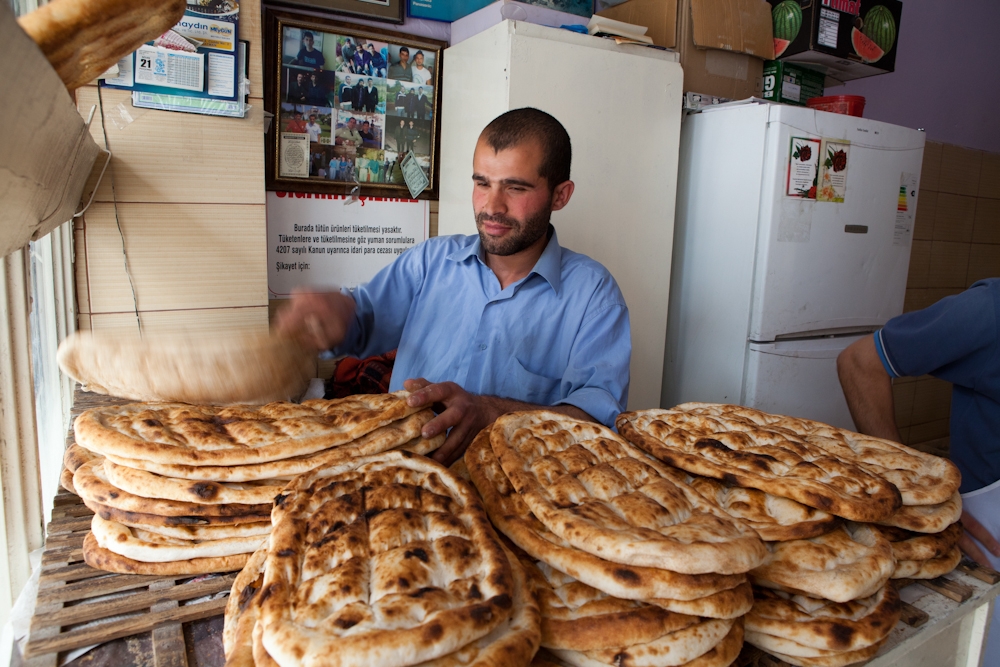 Bakers stack freshly made flat bread in Hasankeyf, where unemployment is high and will likely remain an issue. 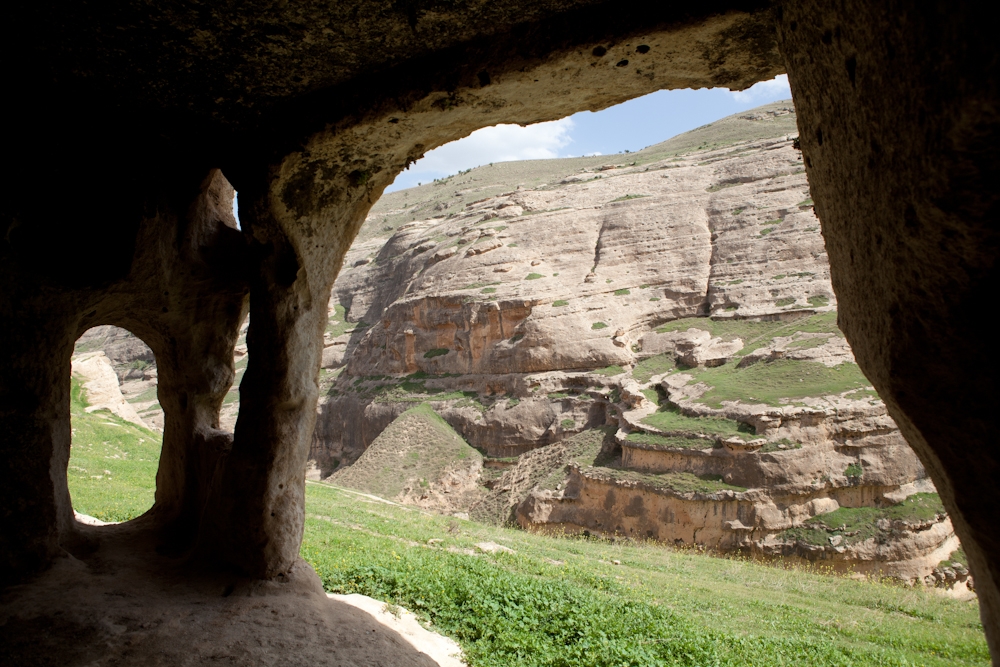 Many of the caves are multi-storied and water-supplied. 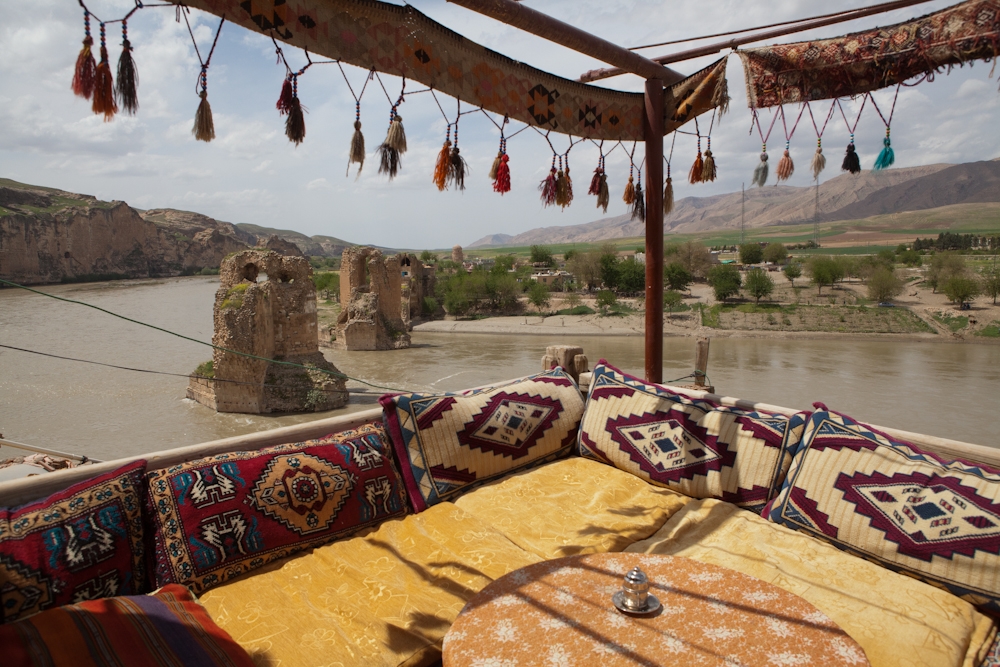 Many cafes in Hasankeyf offer stunning views over the Tigris and the medieval bridge.
prev
next

For half a century, Hasankeyf, a Bronze-Age-era town on the banks of the river Tigris, has faced the threat of being submerged by construction of the proposed Ilisu Dam, part of a controversial 23-dam project in southeast Turkey. If completed, the dam would wipe out a town that has been continuously inhabited for over 6,000 years.

Despite ongoing protest against the project both in Turkey and abroad, Prime Minister Recep Tayyip Erdoğan leaves no doubt about his determination to bring the dam to completion. Citing concerns about the project’s social and environmental impact, Germany, Austria and Switzerland withdrew their financial support for the construction project in 2009, but the Turkish government was able to secure the needed 1.1 billion euro (about $1.58 billion) domestically. Last year, Erdoğan shaved two years off the dam’s official opening date -- from 2016 to 2014.

The relocation of villages that will be affected by the dam has already started. Tens of thousands of people could be affected.

Approximately one mile from Hasankeyf, the state housing agency TOKI has begun the construction of New Hasankeyf, a village that will contain 596 houses. The 48-house New Ilisu Village, 100 kilometers downriver from Hasankeyf, was inaugurated last October.

About 50 workers are employed at the New Hasankeyf site; not one of them is from the original town. “The government has guaranteed that the GAP project would bring employment to Hasankeyf. But that turned out to be an empty promise,” comments local storeowner and environmental activist Ömer Güzel, in reference to the government’s 23-dam project. “It feels like we will be buried alive and all we can do is sit and watch them dig our graves,” he adds, pointing to the dust clouds rising from the construction of his future town.

Kerem Biroğlu, one of the owners of Biroğlu Inşaat, the company building New Hasankeyf’s roads and installing telephone lines and other infrastructure, underlines that the builders only want “to do a good job. We don’t want to get involved in the politics of the dam.”

In the ten months that his company has worked in the valley, Biroğlu has never visited the town of Hasankeyf. But looking at the Tigris and the town, he adds: “Though it really is a pity that this place and all these historic monuments will be flooded, isn’t it?”

The replacement villages in store for Hasankeyf and its nearby hamlets may do little to compensate for that lost past. In New Ilisu (Yeni Ilisu), TOKI regulations forbid planting anything on the grass patches in front of the houses, or letting children step on the lawns. Those residents making monthly payments to TOKI for their houses have little choice but to abide by the agency’s rules.

Only a few months after having moved into their new homes, though, residents started complaining about water leaks and broken fixtures, but most of all about lacking possibilities to secure a modest income. Small stables have been built too close to houses and kitchens to be able to shelter cattle or goats. The nearest large town where employment could be found, Batman, is approximately 150 kilometers away.

Given these drawbacks, the Turkish press has dubbed the settlement “Absürtköy” or “Absurd Village.”

TOKI, though, will use the exact same model for New Hasankeyf. According to construction company owner Biroğlu, there are no plans for animal stables, workshops or factories, and with most of Hasankeyf’s historical monuments under water, the small profits made from tourism are likely to vanish.

To prevent that prospect, lawyer Murat Cano, who has been battling the Ilisu Dam for 11 years convinced a local court in March to order an investigation to assess Hasankeyf’s cultural value and the potential damage the dam might cause.

“The Ministry of Culture has no feasible plans on how to move and protect historical monuments,” says Cano. “They are not even sure which monuments will be relocated.” The ministry has not responded to the allegations, but government officials maintain that New Hasankeyf’s waterside location will attract tourists.

The report, written by three court-appointed experts, was expected by the end of June, but has not yet appeared. Nonetheless, Cano remains convinced that the findings will end the Ilisu Dam’s construction. “If the assessment report is written to international preservation standards, Ilisu will be scrapped,” he says.

But the government, so far, has given scant sign of heeding such concerns. “Let me tell you this – these power plants will be built,” news agencies reported then Environment Minister Veysel Eroğlu as saying in 2009. “No one can stop it. This is the decision of the state and the government.”