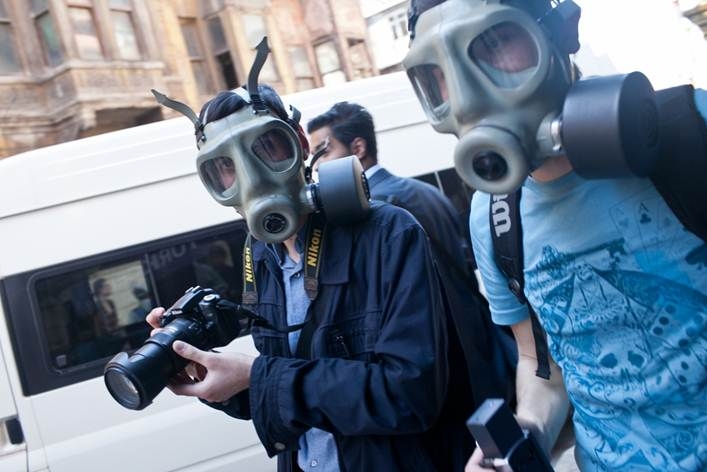 The recent dismissals of several high-profile journalists in Turkey are sending a clear message to all those working for mass media outlets: criticize Prime Minister Recep Tayyip Erdoğan and his government's policies at your own risk.

According to the Turkish Union of Journalists (TGS), 60 journalists have been fired or have resigned following the Gezi Park protests, during which tens of thousands of Turks assailed what they saw as Erdoğan’s authoritarian governing style. “The ones who are being dismissed are the ones who have covered the protests in a way that is either independent or sympathetic to the opposition," said Nina Ognianova, the Europe and Central Asia program coordinator at the New-York-based Committee to Protect Journalists.

Although Turkey has an ample number of independently owned media outlets, the dismissals suggest that some owners don’t want to  risk angering the government, apparently out of a desire not to damage relationships with state-run entities and agencies.

The latest high-profile firing occurred August 1, when Can Dündar, a popular columnist for the daily Milliyet, who had taken a critical line on the government’s handling of the demonstrations, lost his job, the Hürriyet Daily News reported. Dündar did not respond to a EurasiaNet.org request for comment. But on his personal blog, according to the Hürriyet report, he wrote; “It wasn’t a surprise. … I’m not the first, and I won’t be the last.”

Salih Doğan, a political science researcher at Ankara's Turgut Özal University, says the post-protest dismissals are following a familiar pattern. After the Justice and Development Party (AKP) won its third parliamentary victory in the 2011 elections, the number of journalists who lost their jobs spiked.

At the start of 2013, there were about 100 Turkish media workers in jail, mainly charged with violating Turkey's sweeping anti-terrorism laws. But Doğan asserts that the string of dismissals "is something different than these imprisonments." He characterized the degree of censorship in mainstream Turkish media outlets as so bad that friends camped in Gezi Park told him that their own mothers did not understand the protests for two or three weeks after they began.

Journalists who do not conform to the government's wishes can face a variety of potential repercussions, according to Ercan İpekçi, president of the TGS. Aside from being fired, they can be threatened with a legal investigation, or even imprisoned. If they are dismissed from their job, they might not be able to find another one.

Despite this, İpekçi said that there are still "several journalists who are trying to do their job within the international professional codes of journalists, but they have to take a risk."

Yavuz Baydar, who was recently fired from his long-time position as ombudsman of the pro-government Sabah newspaper after penning several columns critical of government policies, believes there is still a "good" tradition of journalism in Turkey. He blamed upper-level managers, especially the owners of media companies that have business ties to the government, for hindering journalists from acting as a check on government behavior.

"I would say there is a silent majority, a rather clear majority among journalists in Turkey, that are very unhappy with the conditions," Baydar said. "The majority of them are very fearful of losing their jobs due to the lack of collective rights … they choose not to raise their voices."

He described it as a "sense of suffocation that they choose to live under."

Journalists who have been fired from one newspaper for their coverage have, in some instances, successfully migrated to another publication that takes a tougher line toward the government. "There are still journalists that we can trust what they write, but … fewer and fewer," Doğan said.

The Turkish media’s faults became clear after the Gezi Park protests, when outlets initially dodged coverage of the clashes, Bayar said. But, now, some critical voices are gaining prominence. "They stood out more clearly on the side of the truth, so to speak," Baydar said.

More people in Turkey get their news from television rather than from newspapers, but channels that maintain the government line heavily dominate broadcast news. Viewership of the opposition channel HALK (People) TV grew during the Gezi Park protests because it was one of the few stations covering the event. But such opposition TV stations are “severely partisan, “ cautioned Baydar.  "The opposition channels also did not care about accuracy and they did not care about balance,” Baydar said. “They failed even more than the so-called mainstream [outlets]."