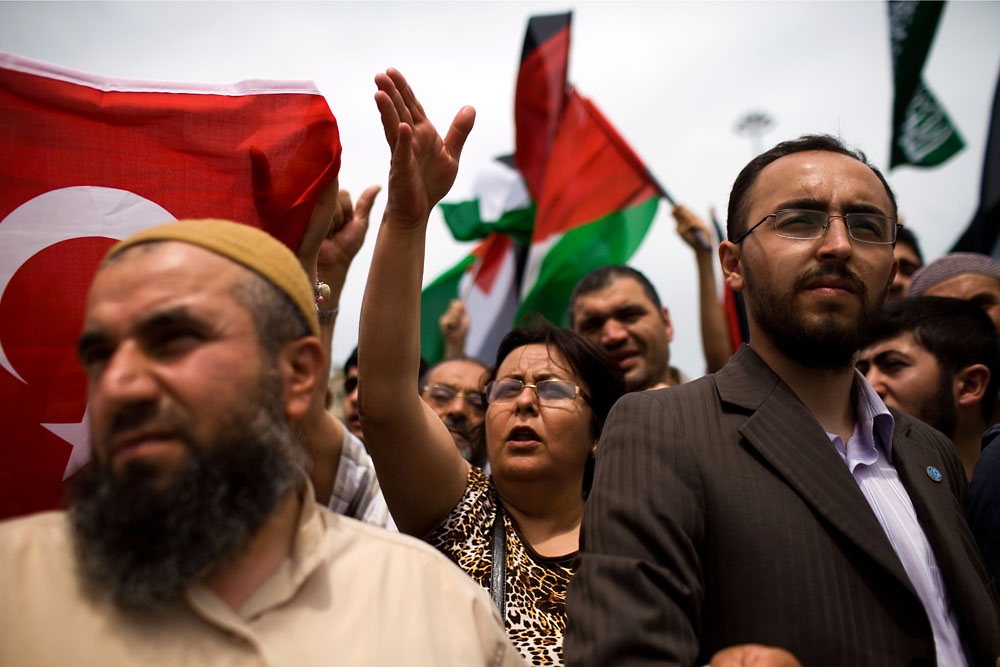 Relations between Turkey and Israel – until recent years close allies – are fraying amid the fallout from Israel’s commando raid on the Turkish-led Gaza aid flotilla.

Analysts say Ankara’s harsh response to Israel’s action is yet another signal of an important shift in Turkish foreign policy, one in which Turkey is taking a more active and independent role not only in regional affairs but – as it did by recently helping to broker the nuclear fuel swap deal with Iran – on global issues as well. [For background see EurasiaNet’s archive].

“Turkey is following a more assertive foreign policy. As we have seen in the case of Iran, it doesn’t care too much about what Washington thinks in terms of its foreign policy. All in all, this case shows again that Turkey considers itself more independent – not only towards Israel, but also towards the United States,” says Sami Kohen, a veteran Turkish political analyst and columnist who writes for the Milliyet daily. “This event is almost a climax in this shift,” he added.

On June 1, Foreign Minister Ahmet Davutoglu expressed displeasure with what he portrayed as a tepid US reaction to the incident. Washington earlier blocked a Turkish initiative in the UN Security Council for an international inquiry into the raid. Davutoglu also characterized the commando action as "tantamount to banditry and piracy.”

During the incident, at least nine activists who were part of the aid flotilla, including four Turks, were killed. Some survivors have vehemently denied that the activists offered armed resistance to the commandos. The widespread condemnation of the raid ultimately strengthens Turkey’s regional diplomatic position, Kohen suggested

“Turkey’s hand in the region is strengthened now,” said Kohen. “There is now more reason for Turkey to take a more active part in the events of the Middle East, since it has suffered personally from this attack. Now it can justify its anti-Israeli positions, which get a good deal of sympathy in the Arab and Islamic world.”

The deterioration in the once close Turkish-Israeli relationship has been mirrored by an equally precipitous rise in Turkey’s visibility and involvement in the Middle East, an area that it had kept at arm’s length for decades because of historical enmity and mutual suspicion.

But the government of the liberal Islamic Justice and Development Party (AKP), which first came into office in 2002, has changed that, working to forge close relations with neighbors such as Syria and Iran. “Modern Turkey’s secularizing founders had a modernization process. The AKP’s project is positioning Turkey. It’s a project whose goal is to set up Turkey as an international player, on the one hand, and to get recognition of Turkey as a moderate, market-friendly leader in the Muslim world and be treated as such in international bodies,” says Anat Lapidot-Firilla, senior research fellow at the Van Leer Jerusalem Institute.

“The significance of this is that we are going to see more and more Turkish pressure to be involved in regional affairs and global affairs. They are raising the level of their requests and their global aspirations,” Lapidot-Firilla added. [For background see EurasiaNet’s archive].

Until recently, Turkey’s growing involvement in the Middle East included a desire to parlay its good relations with both Israel and Arab states into a role as a regional mediator. Ankara, for example, hosted Israel and Syria for a round of (ultimately failed) secret peace talks in 2008.

But for now, analysts say, Turkey appears to have abandoned its mediation efforts in the region in return for a more pronounced leadership role in the Middle East. “For the time being I don’t see any kind of opening for the peace process. So if there isn’t any peace process, there isn’t any need for the good offices of a mediator,” says Gencer Ozcan, an expert on Turkey-Israel relations at Istanbul’s Bilgi University.

Added Milliyet’s Kohen: “This mediation thing is over. Turkey now is one of the sides in the Middle East conflict. It is quite clearly opposed to Israel.”

In remarks made in parliament on June 1, Turkish Prime Minister Recep Tayyip Erdogan spoke in harsh terms that seemed to leave little room for an easy rapprochement with Israel. "This bloody massacre by Israel on ships that were taking humanitarian aid to Gaza deserves every kind of curse. This attack is on international law, the conscience of humanity and world peace," he said.

"No one should test Turkey's patience," he added. "Turkey's hostility is as strong as its friendship is valuable."

Andrew Finkel, a columnist with the English-language daily Today’s Zaman, said that Turkey’s declared policy of “zero problems with neighbors” has come to a “juddering halt” in the case of Israel.

“Instead, Ankara appears to have given its tacit consent to another policy of sharpening contradictions, of trying to lance the boil instead of putting soothing ointment on the blister,” he said.

While Turkey may earn short-term gains from distancing itself from Israel, there are concerns about the long-term effect a serious breach between the two countries might have on an already conflict-ridden region. “Turkey has gradually been losing one of the most significant leverages that it was using in the Arab world,” said Ozcan, the Bilgi University expert. “Even the Palestinians were telling Ankara to keep talking to the Israelis.”

Yigal Schleifer is a freelance journalist based in Istanbul. He is the editor of EurasiaNet's Kebabistan blog.