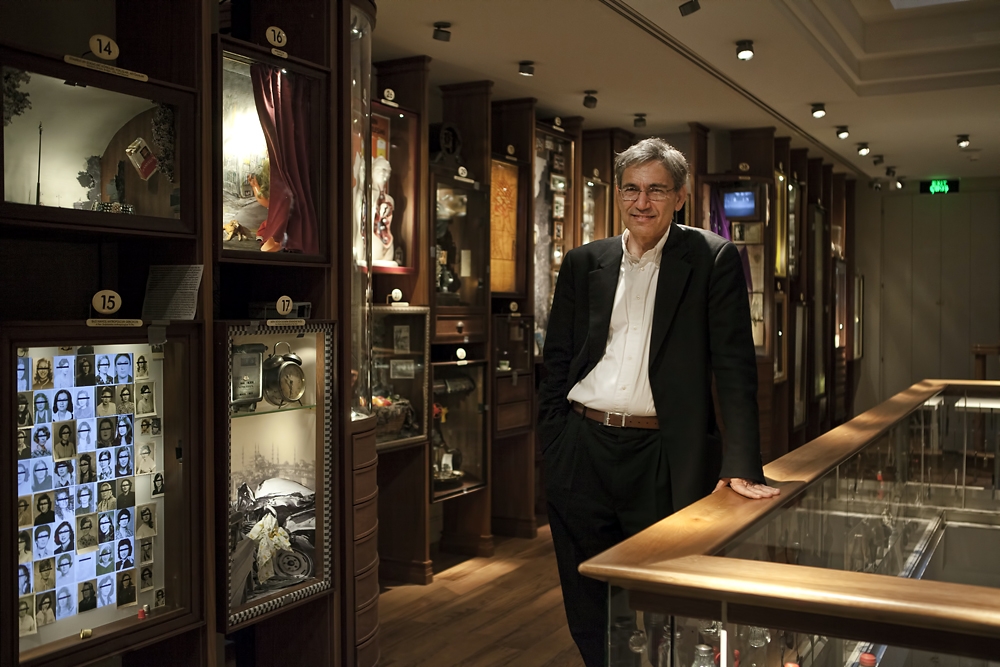 More than a decade in the making, Istanbul’s Museum of Innocence, the brainchild of Turkey's Nobel Literature Prize laureate Orhan Pamuk, offers visitors a chance to reenter a politically turbulent period in Turkey’s recent history -- the 1960s and 70s.

"It’s the first question people always ask -- why does a writer want to build a museum?" said Pamuk in an interview with EurasiaNet.org. "I love museums. I like going to museums. Not the big ones, but small ones in Europe's backstreets, where you feel you go back in time."

That is precisely what Pamuk's museum, which opens on April 28, seeks to do. The museum, located in a narrow 19th century building in Istanbul’s central Beyoğlu District, features 83 displays on everyday Istanbul life -- everything from ID cards to a toothbrush -- drawn from the 83 chapters of Pamuk’s eponymous 2008 novel “Museum of Innocence.”

Each display captures an image from the decades-long relationship between the novel’s upper-class protagonist Kemal and his lower-class lover, Füsun -- an old, dirty bathroom sink, with an open lipstick positioned next to a shaving brush on a glass shelf, or, beneath a boutique sign, a woman’s elegant yellow shoe placed above a similarly fashionable handbag. Other cabinets touch on social themes dealt with in the book, such as the taboo in Turkish society on women having sex out of marriage. Dozens of old black-and-white thumbnail photos of women from various ages and classes are shown with a black line drawn across their eyes to illustrate how newspapers of the time depicted women who had sex out of marriage.

As in his novel, in which Pamuk appears as a protagonist, much of the material on display belongs to the writer. "I used my personal photos and objects disguised as being my protagonists’ things. They are not easily identifiable, so The Museum of Innocence, just like the novel, is about the line between fictions [sic] and reality,” he said. “The whole art of [the] novel is about readers asking … themselves, ‘Did the author really live this, or did he imagine this?’ More or less, I did the same thing with the museum."

Pamuk has strongly criticized European capitals’ grand museums, collections that he claims are designed to intimidate and alienate the masses. Instead, he advocates more intimate settings.

"I looked at … museums as a form; here is a form, fill it with something new. Just like a Turk aspiring to write a European novel,” he explained. ”Here is a museum, an institution that Western civilization does so well. But I would love to use it in my way. Make a museum chronicle [the] daily life of a just regular family in Istanbul."

Pamuk's rise to international literary fame is built on his depictions of the lives of Istanbul’s residents, and how they reflect the melancholy of a once imperial capital fallen on hard times. But the location of the museum tells a new story; that of the transformation of Istanbul.

When Pamuk bought the museum building in Beyoğlu’s Çurkucuma section 15 years ago, the area was dilapidated and poor. Today it’s fast becoming the hippest part of the city, with trendy art galleries and sky-high property prices.

He cautions that “the happy one million in the center of town, sipping their drinks, overlooking the Bosphorus” do not provide a complete picture of the sprawling, 13-million-person metropolis. “There are hundreds [of] thousands [of] jobless [people]. The periphery of town is still poor,” he said. “There is still so much chaos; the only thing that prevents a social explosion is the economic boom."

Political change in Turkey has matched its economic transformation. The era the museum depicts was spent mostly under the shadow of military rule. Now it's the generals who are on trial for past coups and coup plots.

Pamuk himself was a target of the alleged plotters, who prosecutors claim wanted to assassinate him for his outspoken liberal views. Even today he still has a police bodyguard.

"I [am] happy that those soldiers who prepared all those military coups, who tortured and disrespected intellectuals and [the] peoples of this country are at least being investigated,” he said. “It has to be done for an open, liberal democratic society. But, at the same time, I am sad and pessimistic about so many journalists in jail."

Some 104 journalists are believed to be in prison in Turkey, according to the European Federation of Journalists. The Turkish government disputes those numbers.

When pressed about which way he thinks Turkey is heading, Pamuk paused. "I am [a] realistic Turk. I never predict the future,” he said. And then he laughed for a long time.