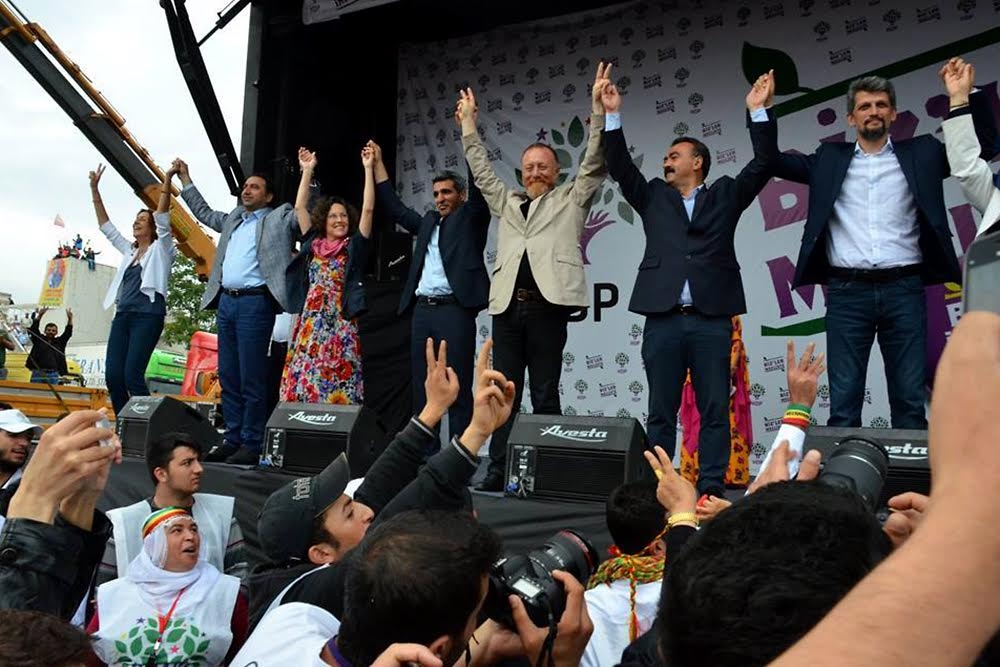 The results of Turkey’s June 7 parliamentary elections denied a majority to President Recep Tayyip Erdoğan’s Justice and Development Party. It also diversified parliament’s demographic mix: the election of three ethnic Armenian deputies is being heralded as an important breakthrough for the country and its fraught relations with its Armenian minority.

All of Turkey’s non-Muslim minorities have seen their population numbers collapse since the formation of the secular republic in 1923. Despite the events of 1915, when hundreds of thousands of ethnic Armenians were slaughtered, expelled or forced to flee Ottoman Turkey, the ethnic Armenian minority remains the largest, with an estimated 70,000 members, most of them living in Istanbul.

Yet these individuals had no representation in the country’s 550-member legislature – one of the most obvious signs of a glass ceiling for non-Muslim minorities. Now, as parts of Turkish society start to push for a more inclusive Turkey, that ceiling is cracking. As a result, issues that have long been suppressed or otherwise ignored may soon gain a higher profile in Turkish politics.

“I am an Armenian who wants Turkey to face its past and build an equal society,” declared parliamentarian-elect Garo Paylan of the pro-Kurdish People's Democracy Party (HDP) before the election. “We do not want to wait any more. That is why I am going to parliament to change this situation.”

For 42-year-old Paylan, a key part of that change involves Turkey confronting the events of 1915. Armenians insist Ottoman Turkish forces carried out genocide against the Armenian nation. Successive Turkish governments have strongly denied that the tragic events of 1915 constituted genocide.

“We do not have any MPs in the parliament who says we had genocide,” Paylan said, in reference to the 1915 bloodshed. “I am telling and will tell [that there was genocide] and I am asking all the community to recognize this as genocide. We have to face these crimes in order for it not to happen again.”

Until recently, few people in Turkey even dared to utter the word genocide in public for fear of retaliation.

The selection of Paylan as a candidate by the pro-Kurdish HDP raised a few eyebrows. Paylan was among three Armenian candidates for the party, although he was the only one elected. The party’s campaign strategy was to reach out beyond its Kurdish base, on a platform of pluralism and democracy. The party also selected a Roma and LGBT candidate, who made unsuccessful runs for parliament, and an incumbent Assyrian Christian, who was reelected.

But it was the Republican People’s Party (CHP), political heir to Turkey’s founder, Kemal Atatürk, that offered the biggest surprise of the election campaign by selecting ethnic Armenian Selina Doğan, a lawyer in her late 30s, to head its list of candidates from Istanbul. The center-left CHP has strong nationalist and statist roots and was associated under past governments with some of the worst excesses against non-Muslim minorities.

Doğan’s placement at the top of the CHP’s candidate list guaranteed her election, and was intended to send a powerful message of change by the party’s leadership. Doğan admits her candidacy did meet with some internal resistance. But that resistance quickly dissipated after CHP leader Kemal Kılıçdaroğlu personally intervened, she added.

Challenging prejudice is a priority for her. “We are still feeling unequal. No, this is not a feeling. It is the truth – we are not equal,” Doğan told to EurasiaNet.org. She claimed that non-Muslims suffer from discrimination when it comes to employment opportunities in the government bureaucracy, and vowed to combat this “mentality.” She declined to comment about whether she had experienced such discrimination.

Yetvart Danzikyan, editor of Istanbul’s bilingual Turkish-Armenian Agos newspaper, sees the election of ethnic Armenian candidates as “a sign of change,” but notes that “many problems still remain.”

“For example, there is no law, but, in fact, Armenians, Jews, Greeks cannot be judges, military officers or policemen,” he claimed.

Paylan and Doğan also say a de-facto ban on employment of non-Muslims remains in force in state institutions. Another ethnic Armenian elected to parliament disputes that notion.

“Now, at this moment in Turkey, there is not a single place that an Armenian or anyone from any other religion cannot enter,” asserted Markar Esayan, who represents President Erdoğan’s Justice and Development Party (AKP).

Esayan, a columnist for the pro-AKP Yeni Safak newspaper, insists that the prejudice that he and other non-Muslims have faced is part of what he terms “secular fascism.” He believes that such discrimination ended under the 13-year rule of the AKP, which he describes as “the most revolutionary party” in a century.

The AKP, which authorized the return of a hundred or so properties out of the thousands confiscated by the Turkish state from non-Muslim minorities, is now struggling to build a government coalition with its rivals after it failed to secure an outright majority in the June 7 vote.

For MP-elect Paylan the election has restored ethnic Armenians’ right to speak out. “In Yeşilköy [an Istanbul neighborhood], we had a graveyard where our fathers and grandfathers were lying, and we could not ask ‘Why are you taking our graveyards [for redevelopment]?’ We could not even ask about it,” he recounted.

“Now, we are asking about it, and we have a voice supported by Kurds, Turks,” he continued. “It is a huge change.”